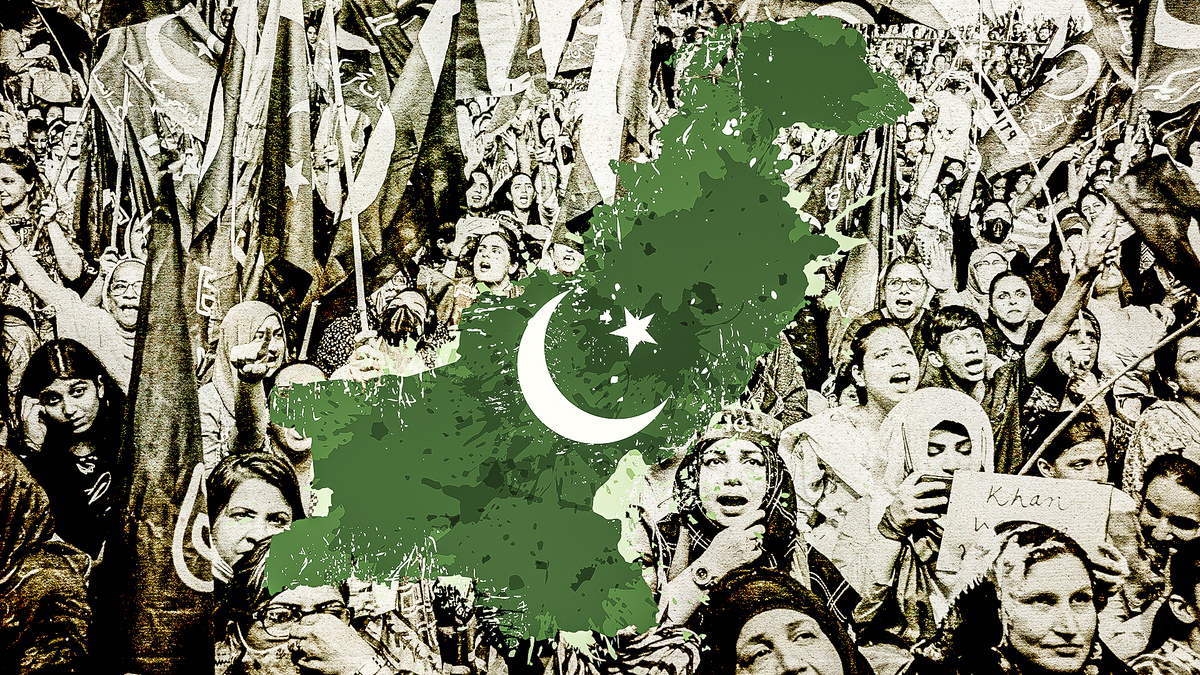 If there is any single constant in Pakistani politics it is perennial instability. More so when fledgling democracies struggle to change the governance discourse and attempt to consolidate their hold over power which has traditionally been concentrated in the unelected ‘arms’ of the executive. The current civilian governments at the centre and the provinces are no exception to this historical trend.

Nevertheless contemporary political dynamics in the country display both continuity and discontinuity from historical trends. This is what makes Pakistan’s evolution during the 21st century a most fascinating process of societal change and resistance by the post-colonial state which is basically fighting a serious battle for its survival; and perhaps has entered the decisive phase of this conflict.

To understand Pakistan’s domestic struggles, its unfortunate geo-strategic positioning cannot be separated from what happens inside the country. This is why domestic politics remains locked in competing narratives of what Pakistan should not do or what it ought to be doing vis-a -vis. the U.S. The U.S. occupation of Afghanistan, the decade long struggle of Pakistan’s security establishment to retain its leverage in Afghanistan and contain India has possibly exhausted its policy options. Therefore the internal monopoly of power wielded by the military-intelligence complex is also under threat and the civilians, despite their tottering politics, find themselves in a unique situation of redefining how power may be redistributed and exercised in the years to come. Whether the civilians are able to assert themselves in a meaningful and sustainable manner remains to be seen.

Since May 2, when OBL was captured and killed by U.S. Navy Seals, the Pakistani military complex has come under immense pressure from NATO and the West. U.S-Pak relations have never been so strained while public opinion on both the sides has exacerbated matters.

The major developments were Pakistan’s demand to remove U.S. trainers and other personnel stationed in the country and the suspension of $800 million military aid resulting in a major fire-fighting exercise by both sides and culminating in the Inter Services Intelligence (ISI) Chief’s visit to the U.S. in mid-July. The two ‘frenemies’, an apt description of the relationship have for the time kissed and made up until the next crisis emerges. In the meantime, the U.S. policy of sending drones into Pakistan’s tribal areas continues unabated.

The U.S. strike on the OBL hideout on May 2 unleashed a barrage of criticism in the Pakistani press and its ubiquitous electronic media. Such was the power of the ensuing debate that media commentators known for their apologetic stance on all things military turned against their erstwhile gods, and helped build a discourse which openly targeted the incompetence of the military in defending the country’s air space against the U.S. invasion.

The liberal-secular section of the media gurus chanted the complicity theory with a renewed gusto. On national television unprecedented discussions took place, the most memorable being Asma Jahangir’s scathing attack on the generals as policy duffers. This was followed by the traditionally pro-establishment party, Pakistan Muslim League (Nawaz) calling for military accountability. The ruling coalition of PPP-ANP played it safe and decided to take a cynical approach of supporting the military for short-term power gains. However, the pressure within the PPP is such that it may not be able to sustain its opportunistic stance.

Barring the 2007-08 fatigue with army rule exemplified by the lawyers movement, the current spate of challenging the military dominance is the second moment after the breakup of Pakistan in December 1971 that needs serious soul-searching at the military’s end. In spite of the frantic political developments in the month of July, the momentum is hardly lost. Pakistan’s relatively free print media and the rise of the social media imply that criticism of the military is no longer a prohibited topic of public debate. As international pressure on Pakistan will grow in the coming months and the leverage that the Pakistan army had created in the form of its support to Afghan Taliban will be further reduced due to the U.S. policy of talking directly to sections of the Taliban and major strategic shifts might be in order.

Therefore a renegotiation of the way foreign and security policies are conceived and rolled out might take place in the short to medium term. Furthermore, the U.S. policy of engaging with the civilian authorities might not witness a reversal as was announced in mid-July through a renewed pledge to continue civilian aid to Pakistan. This inability of the U.S. aid bureaucracy to engage with the civilian institutions and demonstrate development results has exacerbated the widespread anti-Americanism in the country. Most Pakistanis believe that they are losing their soldiers and civilians in acts of terrorism due to the war on terror. Other than the ruling PPP and ANP, few political parties own this war as a Pakistani battle against extremism. Under such circumstances, the U.S. will have to rethink its handling of aid and pledges that it has made to the Pakistani people.

Turning back to the domestic dynamics, the PPP-led federal government has defied all predictions of its fall. It has completed three years in office and is all set to gain a majority in the upper house, i.e. the Senate, which may help the PPP retain power beyond the next general election. The survival of an otherwise fragile coalition has largely been possible due to the maverick political skills of President Zardari and his deft handling of Pakistan’s key political actors including the permanent establishment. The largest opposition party, PML-N, feels threatened by the constellation of political forces allied under the leadership of Zardari, in particular, the representatives belonging to the three smaller provinces, which confirm to the Zardari-led PPP’s federal credentials.

The wildcard in this political arrangement is the tense situation in Karachi, Pakistan’s largest city, which generates up to 20 percent of the country’s GDP and is its financial nerve centre. During July, the Muttahida Qaumi Movement walked out of the federal and provincial governments and an unfortunate cycle of violence ensued with this development. At the time of writing, nearly 150 people in Karachi were dead and billions of rupees were lost either due to the damage to public and private property or through the economic consequences of strikes.

The PPP’s reintroduction of the 1861 Police Act and revival of the commissionerate system for Karachi and Sindh may work in the short-term but is being billed as a regressive policy decision. It is tragic that this move to bring back colonial forms of governance would tend to dilute the otherwise glorious achievement of decentralizing federal powers through the 18th Amendment.

Perhaps the July 1 celebration of Devolution Day remains a formidable silver lining in the political landscape of Pakistan. The historic struggles for provincial autonomy are bearing fruit and political parties by consensus have devolved hundreds of essential functions, powers and mandates to provincial governments, backed by greater resources through a revised National Finance Commission agreed in 2009. As of July 1, seventeen federal ministries have been abolished and their functions and staff transferred to the provinces. The far-reaching effects of this development will be realized in the years to come.

It is ironic that this transformational shift has attracted little media attention within Pakistan and abroad. Other than Pakistan’s resilient and informal economic and social networks, only decentralized governance can save this country from the cliched ‘failed state’ status.

Pakistan’s current democratic spell may not have lived up to the expectations of people suffering from hyper-inflation and energy shortages, but it has surely set the momentum for profound shifts in the way this nation of 180 million people is governed. It should be clear that the continuity of civilian rule is essential for Pakistan’s stability in the long term.