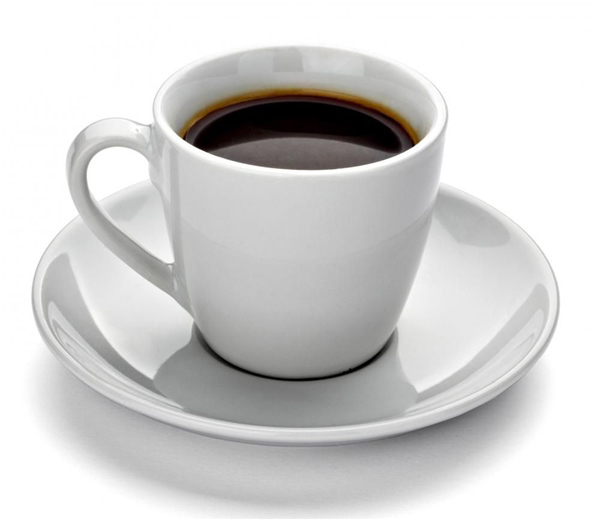 The past decade in Pakistan has been cataclysmic. Political upheavals and assassinations, the menace of terrorism that cost us more than 80,000 lives and over $100 billion; and a time warped foreign policy kept pushing the country into a vortex. All of this reproduced the curse of endemic political instability that has been a hallmark of Pakistan’s trajectory. Much has been written on this decade especially by foreign commentators given our global relevance as an American ally in the War on Terror. Within Pakistan, a handful of commentators and analysts have articulated more grounded, organic narratives; and FS Aijazuddin is one of the chosen few. His new book The Morning After is a collection of articles, essays and speeches he delivered in various capacities during the years 2006 and 2014. As the author tells us, the book is a fourth in the series of such compilations. The last one When Bush Comes to Shove and other writings was published in 2006.

Such compilations can be tricky for a reader as often the contents respond to time-bound events and explore topics that run the risk of losing relevance overtime. Given the structural constraints of Pakistani state and society, the issues covered in The Morning After appear relevant even in 2015. Take the case of a column entitled Making Cartoons of Ourselves on the global outrage against Danish Cartoons. It is hauntingly familiar and newsy. In 2012, there were countrywide protests against a film made on Prophet Muhammad (PBUH) and last year 14 staffers of a French magazine Charlie Hebdo were killed by fanatics in Paris. Aijazuddin’s conclusion is spot-on: We are not the caricatures stencilled by the western press, nor the cartoons extremists make of themselves and of us by their aberrant behaviour.

In another piece, the author gives an astute analysis of late Benazir Bhutto and Nawaz Sharif coming closer against the then President General Musharraf. That partnership despite the ruptures, not the least of which was Benazir’s physical assassination, continues due to the fear of a mighty establishment. Aijazuddin’s comment before the general elections of 2008 holds true for any succeeding government: those expecting the seat of government should prepare themselves not for a bed of roses but for a treasury bench of thorns.

He is the Lahori equivalent of Leon Battista Alberti, whose maxim a man can do all things if he will, defined the Renaissance ideals

Other than the myriad writings, the book has a gripping preface that sums up the diverse career pursuits of its author. These years were quite productive for Aijazuddin. In 2006, he was appointed as a member of the Directing Staff at the National Management College (NMC), Lahore. NMC was reorganised by Musharraf regime as a centralized training institution to instill superior training for civilians and its first Rector was none other than General Javed Hassan known for his role in the Kargil misadventure. Aijazuddin mentions how in a two-hour session, the good general did most of the talking. I know a few civil servants who attended his sessions and their accounts merit a different story, perhaps a book on the General’s hobbyhorses. The author claims that he was appointed without even informing him in advance. Aijazuddin was caught off-guard once again when he was inducted as a minister in the Interim Punjab Cabinet towards the end of 2007. A Gazette notification was issued without my knowledge says the author.

During the short stint as an interim minister, Aijazuddin managed Punjab’s departments of Culture, Tourism and Environment; and continued as a staffer of NMC. Later, in December 2008, the then Governor of Punjab Salmaan Taseer asked Aijazuddin to accept the position of Principal Aitchison College, Lahore. Aijazuddin worked with Taseer to fix the institution that as is well known has been a victim of decades long elite interference and mismanagement. With Taseer’s assassination in January 2011, Aijazuddin lost a key ally and his enemies, as he puts it gained an upper hand. He did manage to hold the 125th anniversary celebrations in November 2011.

The author did not write regularly for DAWN during the period 2006-2011 given his official positions; and restarted after 2012. His political writings cover the Zardari era, the shooting of Malala and the 2013 elections among other major events. In addition, the articles comment on foreign policy issues especially Pakistan’s relationship with India, US and China. There are some interesting book reviews in the collection, which are thoughtful and give a robust understanding of context in which they were written.

Perhaps the most atmospheric writings relate to Aijazuddin’s travels abroad. He writes like an old-school traveller exploring the histories, the symbols and transports readers into unchartered territories. His visits to South Africa, India, Kashmir, and New York are insightful and could easily be a separate, slim volume.

What is the impact of all these reflections in the public domain, asks Aijazuddin in his preface. He quotes the legendary Muhammad Asad who as a journalist for a German paper said: Every time I send off an article it seems as if I am throwing a stone into a bottomless well: the stone disappears into the dark void and not even an echo comes up to tell me that it has reached its goal. This may be true for much of English language writing in Pakistan. Public opinion is peddled, more often manipulated, by the vernacular press and of late the television debates in Urdu. At the same time, Pakistan’s policymaking elites are avid readers of writings in English so the well may not be all that bottomless.

Aijazuddin is a polyglot in the metaphorical sense as he communicates through myriad languages of art, history, and administration. The Lahori equivalent of the 15th century Leon Battista Alberti, whose maxim a man can do all things if he will, defined the Renaissance ideals. Most of Aijazuddin’s 17 books actually deal with the artistic traditions of the land and his meticulous compilations represent the ignored pluralistic aesthetics of Pakistan. This is rare even by global standards as compartmentalization drives the armies of experts and subject specialists. Like a renaissance character, Aijazuddin breaks this mould.

While writing about his eminent friends such as artists Ismail Gulgee and Colin David, statesman IK Gujral, and writer Khushwant Singh, Aijazuddin displays a innate humanistic vision. In fact most of his written output comes across as a struggle to embrace various branches of knowledge. This is why unlike the standard political columnist Aijazuddin is far more reflective almost like an essayist of yore.

Aijazuddin’s speeches are noteworthy for their historical value. He is among the very few in Pakistan who took interest in celebrating the life and works of our neglected historian KK Aziz. On his 80th birthday, he records a fitting tribute. As an Interim Minister of Culture in Punjab, Aijazuddin inaugurated the city heritage museum of Lahore. Preserving the centuries old history of the city and contributions of its citizens, craftsmen, and planners is a much-needed endeavor. Sadly, conservation has been slow due to bureaucratic slovenliness and the disastrous policy of appointing generalists for technical jobs; and devoting peanuts for heritage.

It might have been more prudent if the compilation was edited and classified better. There is way too much for the reader to absorb. On a positive note, the book has an index, a rare feature for books published in Pakistan. Sang-i-Meel publications have done a competent job of producing this volume.

The Morning After will attract lay readers and will be of immense value for researchers and students. It, above all, is an erudite and introspective chronicle of our recent, turbulent past.