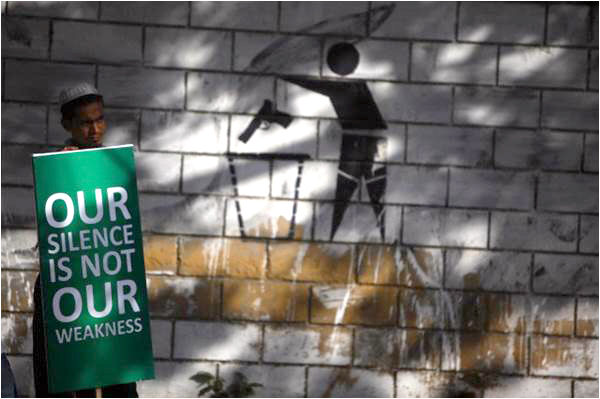 TS Eliot had termed April as the cruellest month in his famous poem The Waste Land.  The incumbent government experienced the travails of April, as it appeared to be rudderless and defensive. Not surprisingly, a key challenge for Sharif administration has been the management of relations with the powerful military. Media reports, at times, have overplayed the tensions between the two power-centres. On other occasions, there has been a sense of deja vu: Even the third chance to exercise and enjoy power for Nawaz Sharif and his party loyalists has been far from smooth.

The Musharraf case seems to have become a liability for PM Sharif and his government. It takes no rocket science to conclude that the military and its ranks are not too delighted with their former chief facing charges of treason. The PMLN government remains committed to upholding constitutional governance but its selective view of accountability is worrisome. Gen Musharraf’s trial as a sole offender gives the impression of a person-specific application of law. Unless the abettors of extra constitutional acts are not questioned, fair application of law cannot be achieved. This becomes even more problematic when some of the Musharraf associates are found sitting in the cabinet or government benches in the National Assembly.

A few weeks ago, some of the over-zealous ministers opined on the role of the military and passed a few unsavoury remarks about the Musharraf, which led to the furore in the media. Not unexpectedly, the media remained divided and there was a robust debate on civil-military relations. However, it did not make much sense to relay old speeches of the present Defence Minister to prove how unpatriotic PMLN’s cabinet was. This led to the need for the federal government to manage the brewing crisis. Statements of allegiance to the military were immediately issued by all concerned; and an impression was given that relations had returned to normal.

Within days of this saga, the assassination attempt on Hamid Mir on April 19; and the subsequent accusations of Mir’s family and GEO network on the Inter Services Intelligence (ISI) revived the stories on civil-military discord. The government apparently was silent and the statement of Information Minister came out strongly in favour of free speech and daleel (arguments). The flashing of DG ISI’s picture by GEO TV as the alleged mastermind of the attack on Mir set a dangerous precedent. Without preliminary investigation, many opined, the channel had undermined journalistic standards. For the past two weeks, GEO TV has faced a ruthless campaign on electronic and social media branding it as a traitor and is now facing formal proceedings for its closure.

The rise of electronic media as a power-broker has been noted for years now. Pakistan’s media industry tasted its newfound power when it ran a vigorous campaign to oust Gen Musharraf in 2007-2008. However, in the current crisis, it seems that the effort to mount pressure on the ISI backfired and effectively swung the public opinion in favour of the military.

It is often forgotten that the military continues to have a popular base in the Punjab province and parts of Khyber Pakhtunkhwa. In Karachi, the Muttahida Qaumi Movement (MQM) also aligns itself with the military and its partnership with Gen Musharraf is all too known. Most notably, the rival media houses drummed up the anti-GEO campaign and did not refrain from accusing the Prime Minister and his government to be covertly backing GEO’s tirade against the ISI and the military by extension. It is interesting to note the popular perception holds the ISI as a veritable arm of the military contrary to the legal position whereby the PM heads the institution.

Sharif completes a year in office next month. The tensions with the military are not a good omen. Unlike his past two tenures where these differences took longer to surface, this time it has been sooner than expected. The new army chief only assumed office in November 2013. The popular, not necessarily accurate, perception in Pakistan is that the civilian and military leadership are not on the same page.

Across the country, there have been protests against the conduct of GEO TV. Sadly, some of the banned or questionable outfits have also participated in these processions. While supporting the military, the protestors have also lambasted the government of backing the anti-Army campaign. In response, nearly every Minister has sworn allegiance to the military. Even the strong-willed Defence Minister has forwarded the ISI’s complaint against GEO to the Pakistan Electronic Media Regulatory Authority (PEMRA). Appeasement is underway but some damage may have been done.

Taking advantage of this emerging situation, the leader of Pakistan Tehreek e Insaf (PTI) and the anti-system Dr Tahir ul Qadri have announced agitation against the government from May 11. Surely this is no coincidence as the support of Imran Khan’s PTI to #BanGeo campaign mirrors the efforts of pro-Army quarters in achieving the twofold objective: building public opinion in favour of the military and undermining the effort of civilian PM to assert his constitutional power. The protest of Imran Khan is ostensibly against the rigging in 2013 elections. By all standards, this is way too delayed and is a clear effort to attack the legitimacy of Sharif government and the Parliament.

It is too early to predict the outcome of these developments. Notwithstanding their capacity, the armed forces are not in a position to launch a coup even if they wanted to. Pakistan’s internal security situation and the endgame in Afghanistan prevent that to happen. Further, the courts are not likely to endorse a military rule. The other option is to pressurize the government to hold mid-term elections. In this case, PMLN is likely to return to power. So the plausible outcome of the ongoing efforts is to mount pressure on Nawaz Sharif and keep him busy in dealing with political unrest so that he can forget his mission of attaining civilian supremacy. At least for now.

The unfortunate, avoidable set of crises is partly the making of the government itself. Before taking on the military, it is essential that the civilian capacities to lead on foreign and security policies are augmented. The cabinet has approved the security policy but it needs to strengthen National Counter Terrorism Authority (NACTA), the secretariat Cabinet Committee on National Security (CCNS); and related parliamentary committees. The signature style of running the country through a kitchen cabinet comprising favourites, clan and/or family members also needs to change. This is not how civilian power can assert itself. Resetting civil-military imbalance is a long term project and can only happen through negotiated transactions with military leadership, informed decision making through improved institutions such as NACTA and CCNS; and evolving a multi-party consensus on the key issues. Instead of issuing gung-ho statements, it might help to restructure the way federal government works and launch the much needed civil service reform. It is time for Nawaz Sharif to revisit his earlier stints in power for obvious reasons.