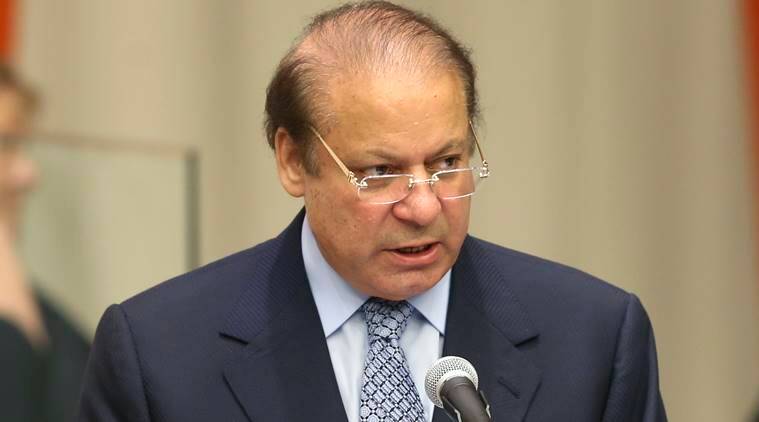 The tense relations between the civilian government and the khakis indicate that despite Nawaz Sharif’s exit, the latter has not yet lost the political game.

Pakistan’s decade long democratic transition has entered into an uncertain phase. As the second elected Parliament inches towards the end of its term, civilian authority has eroded beyond repair. It is up to the democrats if they wish to regain some of the lost ground or would let this slide continue.

The ouster of Nawaz Sharif in July 2017 by the Supreme Court on a mere technicality highlighted the fragility of the democratic system. But the civilian authority had been gradually eroding throughout Sharif’s four years as the Prime Minister. His failings aside, Sharif did not have much of a say in the country’s foreign and security policies. He periodically tried to assert himself but gave up half way virtually allowing the former Army Chief Gen Raheel Sharif to act as the de facto Foreign Minister. Military commanders posted in provinces steered security and counter terrorism operations with Chief Ministers acting as subordinates. The Parliament amended the constitution and allowed for establishment of military courts. The main opposition party openly sided with the military in the Nawaz-establishment duel.

Sharif’s successor is an experienced cabinet minister and he is doing a fairly good job given the circumstances, which are clearly pitted against the ruling party. The Interior Minister — a firebrand Nawaz loyalist — was rebuked and not allowed to enter into a court by Rangers which technically report to him. More recently, the Army chief has opined about the perils faced by the economy. For any sitting government such advice is potentially worrisome especially in an election year. The Interior Minister once again challenged the locus standi of the Army chief and the military spokesperson has expressed the institutional ‘disappointment’ at the minister’s impudence.

The tense relations between the civilian government and the khakis indicate that despite Nawaz Sharif’s exit, the latter has not yet lost the political game. And his party’s government in Islamabad considers him as its legitimate leader. He may not enjoy the office but he still wields immense political power.

The continued squabbling among the arms of the state, and between the political forces is neither good for the democratic system nor for the economy. Perhaps it is time for the parliament to step in and find a way forward

Sharif’s ouster from the PM office was meant to push him out of politics. But given that he is a creature of the ‘system’, he has played his cards deftly thus far. For starters, he blocked his brother’s promotion as the PM. His party amended a law enabling him to continue as the head of the party. Now with the Senate elections in March his party will have a majority in the upper house thereby opening doors for legislation that may serve is cause further.

As a ‘disqualified’ PM, Sharif still retains his popular base in the Punjab province. His wife has won an important by-election and clearly his daughter is the political heir and not his brother who is viewed favourably by the establishment.  In terms of rhetoric, Sharif and his cronies have put the courts on a defensive. Despite the fact that majority of private broadcast media is tilted against the Sharif family, the largest TV network has not yet abandoned Sharif.

But this might change. There are plethora of corruption allegations against Sharif and his immediate family that will be investigated by the accountability courts. These investigations could lead to imprisonment or a negotiated exile of the father-daughter duo. In that eventuality, it will be easier for the political opportunists within PML-N to bid farewell. This gerrymeandering will perhaps take place sooner than later, results of which remain unclear for at least four reasons.

First, it will be difficult to undo the PML-N’s hold over the electoral politics in the Punjab. Nawaz Sharif brand still gets candidates votes and these may decrease in 2018 but in many constituencies the additional vote leads a candidate to victory. This is why the younger Sharif is hesitant to part ways with the brother. A divided PML-N does not serve his interest either. Second, the parliamentarians especially those who wish to get re-elected are not likely to lose the development funds and other sources of patronage before the next election. PML-N is their gateway. With PPP’s virtual routing in the Punjab and PTI’s shaky inroads, both these parties are unable to challenge PML-N. Even the ‘electables’ they get from PML-N will face an uphill task. Finally, it is next to impossible to undertake electoral manipulation that was possible earlier. In the age of dozens of news channels, vibrant social media and citizen journalism, this is simply not a doable option (and for these very reasons it is difficult for the military to takeover).

This is why Nawaz Sharif remains a problem. Perhaps even bigger than when he occupied the office where he was restrained by decorum and other niceties.

Historically, civilian governance has not lasted more than a decade. After a decade of Pakistan’s creation, the Armed forces stepped in and assumed the reins of power. But this is highly unlikely in 2017. The international support and a domestic consensus (even when manufactured) are missing today. The other softer ‘intervention’ namely a technocratic national government was also ruled out by the military spokesperson on Saturday.

The continued squabbling among the arms of the state, and between the political forces is neither good for the democratic system nor for the economy. Perhaps it is time for the parliament to step in and find a way forward. Chairman Senate’s earlier call for a dialogue might work in these testing times for the country.