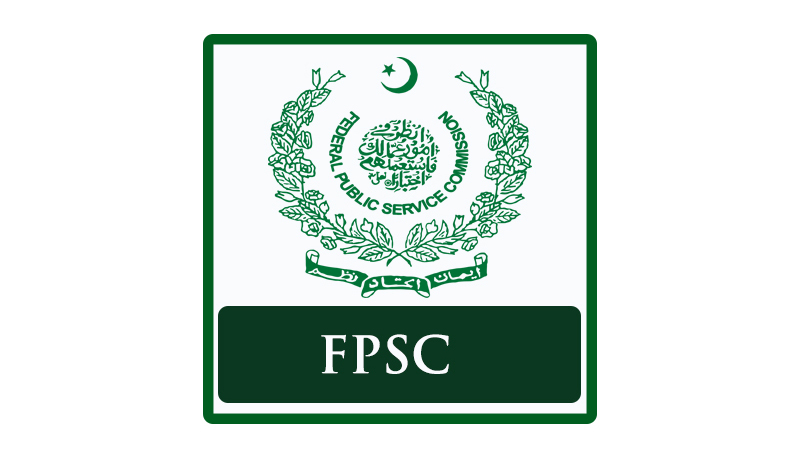 The captioned article of mine appeared in News on Sunday a week ago. I was quite glad to note that the NEWS wrote an editorial on this subject and picked up a few concerns highlighted in my longer piece. I have reproduced it at the end of this post.

A little news item that appeared a few weeks ago was ignored by our all-knowing analysts and TV channels. Reportedly, the Federal Public Service Commission failed to recruit all the vacancies that were advertised for the CSS competitive examination held in 2007. Out of 290 available posts, the number of successful candidates in the 2007 CSS competition was merely 190, leaving almost 100 vacancies unoccupied.

Last year, too, the government could not get enough number of successful CSS candidates to fill in the available posts and 47 vacancies could not be filled. Such instances have occurred before but given the state of unemployment this is, to put it mildly, shocking.

The truth of the matter is that entering the civil service is no longer an alluring career option for the talented young men and women of this country. Perhaps, the greatest damage to the attractiveness of the civil service came in the wake of the devolution plan that rendered the most coveted service group District Management Group unpalatable. Within days, the district administrators had no prescribed career-paths and that they had to be subservient to small time political cronies of the central political elites.

But this would be too simplistic an explanation. The last decade has also witnessed Pakistan’s fitful integration into the global economy resulting in expansion of private sector opportunities with higher salaries. The remuneration of a new entrant into the civil service is three times less than what a telecom company would pay to its junior employee. With money as a new god in the age of globalisation, choosing a dysfunctional civil service would make little sense.

The almost sinister destruction of the DMG and the centuries old office of the district magistrate or its historical predecessor, the mansabdar, was ahistorical and reflected the petty tensions within the Executive where the rival services viewed the DMG as an unfairly privileged elite service. The martial mind viewed the DMG as an alternative power centre that needed to be neutralised for effective capture of civilian institutions.

Today all the major civil service training academies are headed by former army men; and most poignantly the civil service reform unit in Islamabad is headed by a general as well.

It is ironical that opportunities for rent seeking have multiplied under the newly devolved structures. The District Coordination Officer, the new avatar for the erstwhile Deputy Commissioner, and his staff have a wider menu of commissions and kickbacks along with the political honchos, thereby defying the faint possibility of electoral accountability. The testimony of this comes from none else than former Chief Minister Punjab. It is therefore not the lack of extra income that has made DMG unattractive. It is the loss of the unique service culture where the DC and his team functioned as relatively neutral state agents, mediated between the citizens and the state; and could potentially resist political influence.

From the citizens perspective, two immediate after-shocks haunted the local governance patterns. First, the reconfiguring of the system led to an unbridled and unchecked police force interacting directly with citizens with remote, little supervision. Second, the absolute collapse of local citizen interest regulation, which evolved over 150 years of governing experience. There are two to three hundred local and special laws, ranging from price control to natural resource management (water, irrigation and land) and from public health (adulteration, hygiene etc.) to environmental protection (forest, wildlife, pollution etc.). This is not to say that prior to 1999 the police was supervised effectively by the district magistrate or local regulation was optimal or efficient. In fact, decades of politicisation of civil service had resulted in ugly distortions of the so-called system.

If the old system was not delivering or a colonial relic there were other ways to handle it than to throw out the sick baby with the bath water and usher in multiple patronage seekers and distributors. After all, civilian administrations in India, Bangladesh, Malaysia and in many other countries continue with local adaptation and contextualisation. Why could we not learn from our much-feared neighbour especially the way its organic growth of local institutions blends grassroots democracy with a Raj administrative steel-frame?

Whilst these systemic tremors were felt by the citizens in whose name a reform was imposed from the top, the provinces felt completely bypassed thus reincarnating the old demons of troubled federalism. Services such as health, education were meant to improve. Whilst the budgetary allocations went up, the results were nowhere to be seen as the provincial secretariats appropriated more powers and local rent-seeking replaced the earlier patterns of malfeasance.

The much touted system of police accountability through the public safety commissions was a still-born concept. It never took off at the local level as the nominees to these institutions were selected along party and patronage lines thereby eroding the capability of these bodies. Where this Commission showed some teeth, its members were the first ones to bear the brunt of police excess. The naivete of appointing the provincial police officers through a panel, desirable as it is, and ensuring that he (indeed they are all men) completes his tenure foundered at the rocks of provincial politics.

The lure of raw power was reflected in the group allocation preferences that the CSS candidates indicated from 2000 onwards. Joining the Police became the top priority of those who appeared in the competitive examination followed by Customs and Income Tax. It was the Customs group that for some time became the prized service under General Zia ul Haq when the society ought to have become more spiritual in the face of a heavy dose of dubious Islamisation. Alas, the monetisation of 1980s; and the brutalisation of governing have been the direct results of these authoritarian spells.

Things have come to such a pass that there aren’t enough qualified candidates, in a country of 170 million, to fill in the entry-posts. If on one hand, this trend betrays the decline of institutions, on the other it spells doom for the future of Pakistan’s governance. There can be no compromise on a capable civil service to manage and implement policies. Yes, the private sector is more attractive and perhaps is always so, what about state’s regulatory and redistributive functions? The goal of a capable state cannot be compromised nor ignored.

There is no alternative to increasing the salaries of the civil servants and making the promotion policy and work-environment more attractive. Otherwise, it is a dangerous trend that has already set in. However, it is nor irreversible.

The political parties are now calling for a revision of the devolution system and the monstrous possibility of another disruption looms large. Another revolution will further lead to systemic jolts and ensue painful period of transition that might fuel the current climate of instability. There needs to be a two-pronged strategy: implement civil service reforms at the central level and fix the gaps of the local government systems with attention to the way provincial governments set policy and supervise local bodies. The solutions are well known to all and sundry and there is no need for another Commission or a white elephant body to carry the changes through.

If only the political parties (and corporate media) would halt posturing, stop targeting or extolling individuals and focus on institutions. The prospects of this happening are remote but this is a fast changing Pakistan. The moment is now, or perhaps, never.

Wednesday, July 02, 2008
The reports that, for the second consecutive year, the Federal Public Services Commission (FPSC) has been unable to fill all the posts for which there were vacancies, is rather saddening. The fact that this year, nearly 100 out of 290 vacant places remained unfilled is a reflection of the fact that a career as a bureaucrat, once the most prestigious of choices for many in the country, has suddenly lost appeal. Such alterations in the way people perceive careers have been seen before. While in the early years of Pakistan’s existence, the prestigious foreign service was seen as the most desirable of choices, this changed gradually to a situation in which customs become the first choice for many. This was linked, according to many, to the potential for illegitimately earned money that came with jobs in certain sectors.

The new loss of interest in pursuing a career in the civil services has been attributed to the declining position of the district management group, the most elite of cadres. The introduction of the district government system, with the posts of DC vanishing, is seen as a key factor in this. While the intentions behind the district governments and the devolution of power were sound ones, it is debatable if any of these ideals has been achieved. Critics argue that the highly politicized ‘nazims’ have served the interests of their ‘masters’ in Islamabad, rather than of the people of their districts. It is arguable if they have brought about any improvement in administration or in the ability of people to play a role in decision-making. The fact that retired military men now head key civil services academies in the country is also a reflection of the decline of the bureaucracy as an institution. It is at present unclear whether this can, in time, be halted or if we are to see the final demise of a setup that has played a critical role in managing affairs in districts for the past hundred years or more.