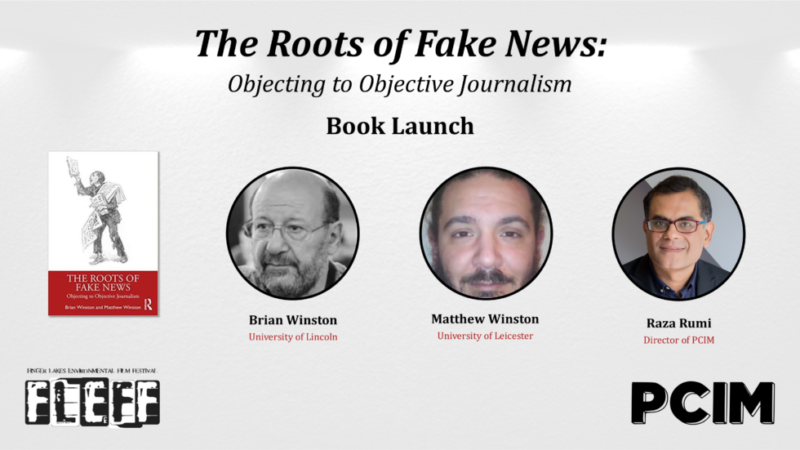 PCIM and the Finger Lakes Environmental Film Festival (FLEFF) hosted a conversation, moderated by Raza Rumi, with authors Brian Winston and Matthew Winston about their book, “The Roots of Fake News: Objecting to Objective Journalism.”

Their conversation explores where the book’s dismantling of objective journalism—“a pompous contradiction in terms,” as Matthew Winston calls it—fits into today’s news landscape of “alternative facts.” Winston and Winston discuss the failings of objectivity and explain what journalism can accomplish without the ideology.

The book argues that “fake news” is not a problem caused by the power of the internet, or by the failure of good journalism to assert itself. Rather, it is within the news’s ideological foundations – professionalism, neutrality, and most especially objectivity – that the true roots of the current “crisis” are to be found.

Brian Winston is The Lincoln Professor at the University of Lincoln in the UK, where his primary interests are are freedom of speech, journalism history, media technology and documentary film. Matthew Winston teaches in the School of Media, Communication and Sociology at the University of Leicester.