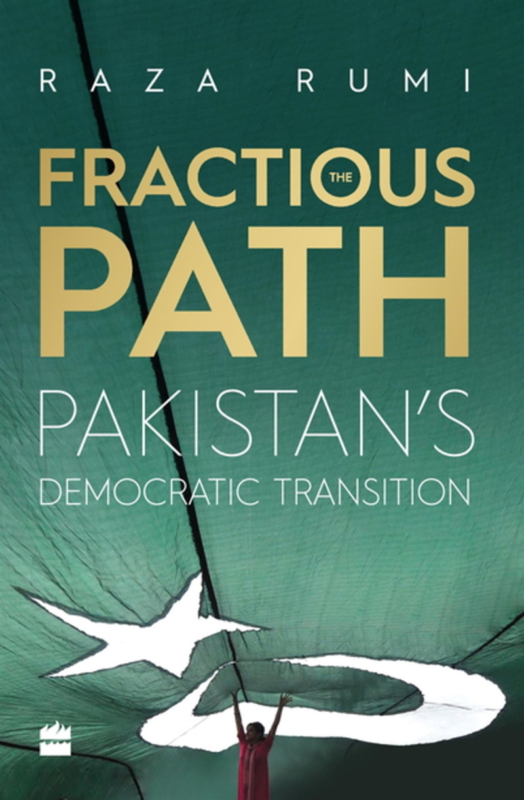 Raza Rumi is a Pakistani journalist and policy analyst who is currently Visiting International Scholar in Residence at Ithaca College, US. A consistent voice for human rights and inclusion, he has worked as executive director of the Justice Network and is affiliated with the Jinnah Institute, a think tank that explores issues of democracy and governance.

Before an assassination attempt led him to leave Pakistan, Rumi was also a TV commentator in Pakistan and hosted shows on current affairs. He is the author of Delhi by Heart: Impressions of a Pakistani Traveller and has written numerous papers on security, development, and culture. His latest book The Fractious Path: Pakistan’s Democratic Transition is a compilation of his articles published between 2008 and 2013. Following are excerpts from an interview with Rumi.

You preface your book with the argument that the future of democracy is not as bleak as pundits once predicted. Democracy in Pakistan has survived, but it still has a very weak institutional infrastructure. Public support remains minimal, and the country is always abuzz with rumours of an impending coup. In your opinion, what is stopping the military from taking over?

It would be naive to think that the military’s ascendancy in national affairs has dwindled. Yet, the last turbulent decade has exposed the increased limits to military power. Coups in Pakistan entailed the support of influential sections of public opinion makers, the judiciary that ratified all coups and the media that could be controlled. All these variables have changed. The expanded media industry will not be manageable and the judges of the Supreme Court after the Lawyers Movement would think a few times before lending support to extra-constitutional measures. In addition, the movement against Mr Musharraf has also alerted the military of the division in the Punjab province where the military is widely respected, but its involvement in politics or direct rule may not receive unanimous support. This is also a key reason why there is tension between Nawaz Sharif and the army as both have the same constituency and Sharif is expressly against military rule.

It is true that calls for a coup are repeatedly made and unfortunately by sections of Pakistani media. The younger generations have also been influenced by anti-democracy narratives found in our textbooks. But the rise of new media in urban centres means that there is a greater contest and a consensus, however reluctant, that democratic process is the way forward for Pakistan.

Some might argue that the military does not need direct control any more that its anti-terrorism operations have provided the perfect pretext for it to expand and entrench its role in politics, without having to officially take over. What would you say to that?

This view is partially valid. Since 2008, the military has enjoyed a monopoly on foreign affairs and our security policies are directly linked to our relations with India and Afghanistan. Since 2014, counter-terrorism operations have also strengthened the military. This reduces the need for direct control. We should remember that Pakistan’s democratic system is still taking root and it is only with time that civilian control over national affairs will increase. In today’s Pakistan, while some political parties such as Tehreek-i-Insaf may be hobnobbing with military circles, even they will be reluctant to support direct martial rule. This de facto consensus is a good omen and this is why for the first time in our 70-year-old history, one civilian government transferred power to another elected government in 2013. The democratic system is far from perfect, the electoral system has deep flaws, our political parties lack internal democracy, but the fact that they are facing public pressure will usher in change albeit slowly. Increased legitimacy of elected governments and a democracy that delivers public services will enable the civilians to reframe the national security doctrines. This is not going to happen in the short term and may take another decade or more.

The book mainly looks at civil-military relations and religious militancy, but also raises the issue of low-quality education and high unemployment. In terms of institution building, what sort of measures are needed to effectively change power relations in Pakistan?

I have been consistently writing about the decline of education and the issues with curricula in Pakistan. There is a crisis in terms of access to and the quality of schooling we provide. Even if we were to increase our enrolment rate to 100 per cent, there is a question: what sort of students are we producing? The textbooks have errors, we use outdated methods and start brainwashing children at an early stage of their mental development. But this is not an isolated issue. You rightly point out the structural and institutional architecture in which such an education system (or lack thereof) works is to the advantage of the elites. While we are not going to see a structural transformation very soon unless there is a revolution of sorts, institutional reform can be spearheaded by the provincial and federal governments. The governance of public service delivery mechanisms has almost broken down and the provincial bureaucracies manned by generalist mandarins are averse to change.

At the very least we need functional local governments with powers to raise revenues so that there can be some accountability of those entrusted with delivering health and education. Secondly, we need to revamp our justice sector institutions, especially the police. The political parties will have to look beyond their short-term interests and find long-term solutions to the growing disconnect between state and citizen.

This book is the story of a country, but in some ways it is a personal diary as well. And for those who know you, the story is interrupted by a separation. You were forced to leave Pakistan after an assassination attempt. What has this separation been for you?

Our identities and the notion of home are central to our lives. I had, in fact, returned from abroad (after giving up an international career) to engage in Pakistan’s public sphere and I was doing my humble bit. More than me living away, the truncation of that process has been a little traumatic. At the same time, advancements in technology enable you to stay in touch and also contribute and engage in other ways. For now, I have adopted that mode of being at home and let’s hope one day I am back in Pakistan.

You dedicated this book to Sabeen Mahmud. People like you and her have been central to the story of Pakistan’s democracy, in terms of the sacrifices made by ordinary civilians for its preservation. How did you feel when she was killed?

I dedicated the book to Sabeen as beyond being a friend and a comrade she was a symbol of a larger quest in Pakistan: for openness, pluralism, engagement and dialogue. Her work was built around these themes and her death highlights how difficult it is to put yourself out there. Her murder was a deja vu moment for me. And the unfortunate death of my colleague who was driving me. Some would say I am lucky to have escaped the bullets. In Sabeen’s case the driver the only witness was also gunned down later. Despite these jolts, I am not pessimistic as many, many people want to keep Sabeen’s legacy alive and are contributing in their own ways to make Pakistan a freer and more tolerant society. That’s the real strength of our country.

My interview with Interfaith Radio, DC

My interview with Ithaca Times, U.S.

Neither Here nor There: The Shifting Identities of Raza Rumi