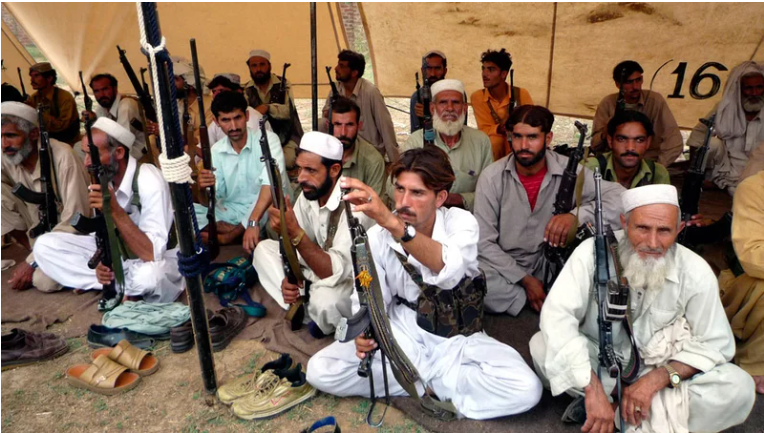 The Financial Action Task Force (FATF), an international watchdog, is all set to place Pakistan on its watch list this summer. This development will have serious ramifications for Pakistan’s economy and will add to growing isolation abroad as part of the increasing US pressure on the country.

Last week’s extraordinary moves led by the US are alarming. Pakistan was on the grey list between 2012 and 2015 and while it managed the stress — this time we are dealing with a different US administration. Unlike the Obama-led presidency, the Trump administration will not stop at hard talk. This is a reality that Pakistan has to contend with. But the more worrisome development was how Saudi Arabia and China, our key allies, were persuaded by the US to remain silent at the end of FATF deliberations leaving Turkey as the only country clearly on our side.

Washington has already announced aid cuts to Pakistan for its lack of cooperation in tackling the Haqqani Network in Afghanistan. FATF proceedings have focused on the alleged lack of action by Islamabad concerning individuals and entities designated as ‘terrorists’ by UN Security Council Resolution 1267. In particular, the spotlight is on the Jamaat-ud-Dawa and Falah-i-Insaniyat Foundation that operate in the country. And their leader Hafiz Saeed freely undertakes his political and charitable work, including fundraising.

Before the FATF meeting, Pakistan’s government amended the anti-terror legislation through an Ordinance to include all UN-designated individuals and groups in the national listings of proscribed outfits and persons. Evidently, these actions did not satisfy the FATF.

Overestimation of Chinese and Russian support will be yet more folly. For both these countries view Islamist militias as threats. Ultimately, we have to reconfigure our policy and find a way that avoids economic stress and diplomatic isolation

The intimation that Pakistan will be ‘grey listed’ in June implies that our financial system will be seen as a risk to the international financial system due to its “strategic deficiencies” in thwarting money laundering and terror financing. The government will collaborate with FATF to build an “action plan” to fix the deficiencies and the June session of the taskforce will review that.

The relationship with the US is bedevilled by mutual distrust and endless round of accusations. Pakistan’s strategic gurus have therefore started to look towards China and Russia as new regional partners to contain Indian influence. At the end of the day, the entire security calculus predicates on New Delhi — the perennial rival. Beijing is investing billions, has control of the Gwadar port and intends to build a naval base there as well.

Days before the FATF meeting[s], the military announced Pakistani troops will be deployed to Saudi Arabia to fulfil a long standing demand of the Kingdom. The estimation was that a vital Gulf Cooperation Council vote would be earned in Pakistan’s favour at the FATF. The Parliament has not been taken into confidence. Leaving aside the manner in which this decision was taken, the country cannot afford to get embroiled in the Saudi-Iran conflict in the Middle East. Our poor policy choices in the past have only made the nation more insecure. Another round of sectarian conflict cannot be ruled out. But then this is the problem when security policy and external relations are handled without adequate civilian input and are driven by short-term militaristic goals.

What is clear is that our narrative regarding a successful fight against terrorism is not being accepted by the world. Granted that India has an axe to grind, the US is keen to see the former as a bulwark against an expanding Chinese role in Asia — but we are yet to accept a simple principle of internal security. Direct and indirect support to non-state actors, howsoever useful they may be, is against the basic tenet of statehood. By allowing such groups to operate and build local support, Pakistan’s ruling elites are only damaging the long-term prospects of the country.

The case of JuD is instructive. Rebranded as a charity network, its mainstreaming has been on the cards for some time. Many hold that it is difficult for the state to engage in a crackdown as the network has grassroots support. Therefore, its political mainstreaming was argued as a solution. Retired generals also said that former PM Nawaz Sharif did not agree to this proposal. Later, the group fielded candidates in by-elections and public posters has images of Hafiz Saeed with the country’s founder Jinnah. We also know that JuD is a vital instrument of our Kashmir policy and is not going anywhere.

Similarly, the Haqqani Network — the bone of contention between the US and Pakistan — is also a strategic instrument in our Afghanistan policy. The official view is that the Haqqanis operate across the western border and Islamabad does not host them. But these denials fall flat whenever a Haqqani operative is killed in the country, or a drone strike targets members of this group within Pakistani territory.

That the Haqqanis were once close to the US during the 1980s Afghan jihad is also well-known. But this is no longer en vogue given that the dominant narrative in global public opinion is that Islamabad is supporting groups that attack the soldiers of its ally, that is, the US. The follies of the latter in Kabul have also been recognised by analysts within Washington. Beyond the immediate tit-for-tat lies the larger question for Pakistan’s future. A Talibanised Afghanistan will not act against the Pakistani Taliban and even if it keeps India at bay — is that a cost we are willing to accept for the future? And will support to the Kashmir jihad not send more Indian meddling and more Kulbushan Yadavs our way?

All of these questions merit a serious debate within policy circles. But there is little room for that. The civilian government that reportedly asked the military to act against militias and leaked such discussions back in 2016 was not only painted as a treasonous set-up but its head was also fired within a few months. Any deviation from the official line is an act of treason.

This is why US aid cuts and FATF watch lists are just the tips of a larger iceberg. Overestimation of Chinese and Russian support will be yet another folly. For both these countries view Islamist militias as threats and will always qualify their support. Ultimately, we have to reconfigure our policy and find a way that avoids economic stress and diplomatic isolation.

The Parliament could have played its due role but it seems that Pakistan’s political parties are more concerned about seeking the support of military establishment for the upcoming elections. But nothing should stop the Army chief in reaching out to the civilians — the politicians, civil society and the media — to chart a new course.

Published in Daily Times, FEBRUARY 25, 2018: Forget the world, militias are a threat to Pakistan

The ghastly attack on the convoy of Deputy Chairman Senate