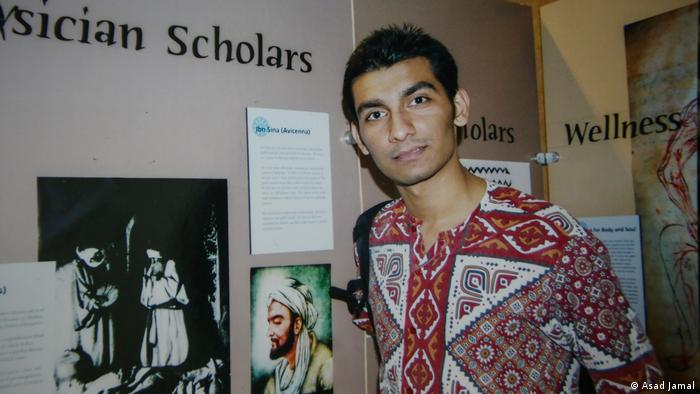 Junaid Hafeez, a young scholar who has suffered six years of solitary confinement has been sentenced to death on a dubious blasphemy case. To say that this is a travesty of justice would be an understatement. It is a shocking testament to both the broken justice system and radicalization that ails the body politic.

As a bright student Junaid gave up medicine to study English literature and his academic excellence led to his selection as a Fulbright scholar. His stint at Jackson State University in Mississippi USA was meant to be a stepping stone in a long academic career. He returned to teach at his alma mater Bahauddin Zakariya University (BZU) where he faced hostility for his achievements and opprobrium for his progressive views. Liberal arts education is meant to open minds and instill critical thinking. Junaid’s real crime is daring to think and for that he faces the gallows.

The curse of digital age is that your words can be misconstrued and turned into a never-ending social media campaign. Reportedly, Junaid’s Facebook account was hacked to post offensive material. But some students and staff on BZU campus, egged on by Islamist groups, had achieved their purpose. They had successfully created the impression that he was a blasphemer. And the flawed blasphemy law came into motion when Junaid was arrested in 2013.

Such is the fear of extremist backlash that law enforcement agencies rarely investigate before they book people in a blasphemy case. In Junaid’s case, his lawyer Rashid Rehman was brutally killed in 2013. He found a new lawyer who argued before deaf ears. For the judges especially in the subordinate courts are way too timid to release those accused of blasphemy. In Asia Bibi’s case and other trials, the pattern was similar.

Since 1987, more than 1,472 people have been booked under the blasphemy provisions. Now Junaid is a new addition to the list of 17 Pakistanis convicted of blasphemy are currently on death row. Many others are serving life sentences. Forget the legal process, even an accusation of blasphemy can lead to mob killings. 65 people were killed in Pakistan over claims of blasphemy. And Junaid’s lawyer was killed because he dared to defend a person accused of blasphemy! The justice system is unable to contain this in part because they are scared if not radicalised themselves.

The intimidation and harassment of judges and lawyers in blasphemy trials is well known. But the bias within the justice system also plays a role especially at the local levels. Perhaps the worst is the denial of bail to those who are incarcerated and this is why Junaid and hundreds of others have languished in prison and more often than not in solitary confinement. For the state cannot ensure that in prisons, zealotry will not lead to violence.

Junaid’s physical and mental health has deteriorated and his family has been under constant fear of reprisal from the community for their son was branded a ‘blasphemer’. And now comes the death sentence. One cannot even imagine what the family is going through.

After the two strong verdicts in Mumtaz Qadri and Asia Bibi cases, it was hoped that the parliament and the high courts would take steps to ensure that miscarriage of justice did not take place in such trials. But today’s sentence proves that a systemic reform is required and no one is willing to take that.

One of the reasons for the lack of effective action is that that state itself has weaponised the blasphemy law. Dissenters were accused of blasphemy in recent years. Former PM Nawaz Sharif and his party were accused of supporting blasphemous amendments to the oath of elected officials and a vile cleric and his supporters were given space on the streets, media and political discourse to settle political scores. The policy boomerangs as well. PM Imran Khan has been accused of insulting holy figures and those who oppose Gen Bajwa’s continuation as Army Chief went to Peshawar High Court on religious grounds.

For the past few months, a large number of Pakistanis have been condemning India’s present government and its actions against the Muslim minority. The toxic mix of religion and politics is being condemned with near-blindness to what we have been doing for decades. Officials who wanted to reform the blasphemy law in the past – Salman Taseer and Shahbaz Bhatti  – were gunned down. Senator Sherry Rehman has escaped a number of prosecutions for her work on this controversial law.

This is why a Chief Justice or a group of progressive judges at the top is not enough. The justice system needs to be reconfigured with the support of parliament and legal amendments to end this repeated violence.

Even though there is no hope of this happening anytime soon, the parliament will have to amend the procedural laws related to blasphemy prosecutions. For example, the section 196 of the Code of Criminal Procedure ought to be amended to ensure no court can take cognizance of any blasphemy-related offence, particularly under sections 295-B and 295-C of the Penal Code, without intervention from the provincial or federal governments. Such a temporary safeguard may save future victims; for this inhumanity will not stop until the state decides to reset and become a neutral entity and not a watchdog of people’s beliefs or lack thereof.

As we know from dozens of prosecutions under the blasphemy laws, the latter have turned into an instrument of personal vendettas and malice. And a convenient political weapon. Only such a shift in policy will translate into changes in school curricula that still celebrates Ghazi Ilm Din, an early twentieth century figure who killed an alleged blasphemer, as a hero.

The state announced its resolve to change the course after the Peshawar Army Public School attack in 2014. But the process has been patchy and inconsistent. Extremism will not disappear in a day or two but de-radicalisation is a medium to long term project that would involve the political parties, media, education system and the state. As the elites continue to squabble and jostle for power, numerous high level plans and strategies eating dust in the bureaucratic labyrinth.

For starters, Junaid Hafeez’s appeal needs to be filed and heard without bias. Due process with timeliness is vital to save Junaid and many others like him who remind us of the intolerance all around.