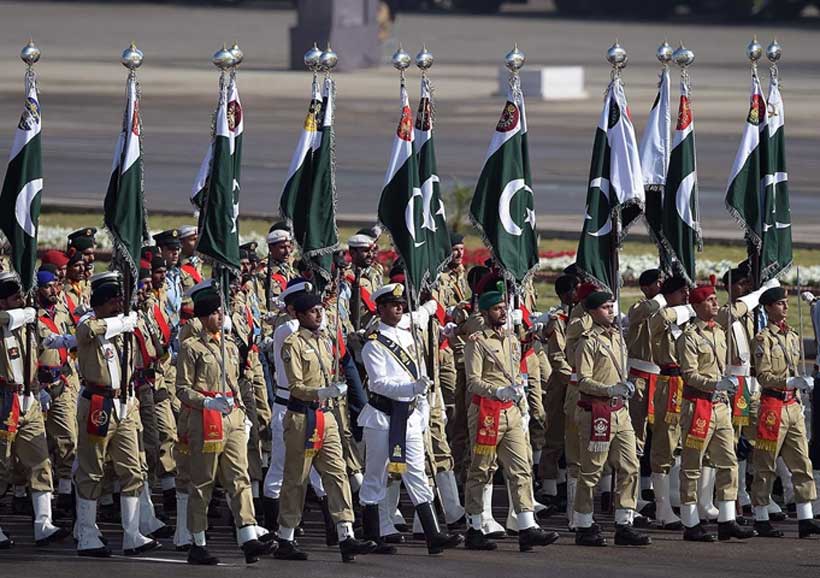 Pakistan’s military has been in the global spotlight for several decades. Within the country, it has shaped both state and society, including arbitrating key decisions — from foreign policy to economic management. A large number of Pakistanis view it as a “guardian” of the state. Yet, scant scholarship exists on the institution itself and the roles it has played. Instead, hagiographical accounts from Pakistani authors (mostly retired military officers) and media commentary that often overlook the important questions dominate the discussion.

Two new books published in quick succession have expanded the debate and provide new insights into the workings of the Pakistani military. The first is a provocative assessment by Dr. C. Christine Fair entitled Fighting to the End: The Pakistan Army’s Way of War and second is Aqil Shah’s in-depth study, The Army and Democracy: Military Politics in Pakistan. Both books extend the scope of research by relying on the military’s own literature, and by bringing to light lesser-known dimensions of the internal norms and processes that determine its organizational culture and outlook.

It is well-known that the Pakistan Army has long viewed itself as the arbiter of “national interest.” The military gave itself a preponderant role in the running of the state and exercises a veto power over the nation’s security, foreign, and economic policies. Fair’s book examines the “strategic culture” of the institution and how its culture evolved from the conflict with Pakistan’s powerful neighbor India, transforming into a larger, more defined viewpoint. The eleven chapters of Fair’s book probe into all the facets — genesis and evolution, ideology, regional and global implications — of this strategic culture.

A state that views India as “its eternal foe that not only seeks to dominate Pakistan but to destroy it” is the central argument of the various materials that Fair relies upon. However, Fair argues that this fear is primarily an ideological tool that enables the Army to position itself as a defender of Pakistan’s “ideological frontiers,” as defined by the two-nation theory, and an “Islamic identity”  -vis a “Hindu” India. The Army takes its capability to mount a challenge to India as its raison d’etre, asserts Fair.

Fair also argues that seeking strategic parity with India has been an overriding policy goal within the Pakistani defense literature. She makes a detailed review of Pakistan’s relations with the United States and shows how the United States, despite its historical assistance to modernize the Pakistani Army, is viewed as an unreliable ally. China, on the other hand, gets a favorable position and is viewed a counterweight to U.S. hegemony in the region.

Since the nuclearization of the subcontinent, Fair argues, Pakistan has kept its nuclear doctrine flexible, managing to deter India from escalating any conflict while drawing international actors like the United States into various crises. The strategic assessment of the Army, as Fair elaborates, is that Pakistan’s position as a nuclear state restrains the United States from completely abandoning the country.

Can this ingrained strategic worldview change? Fair is not hopeful. She paints a dire picture and argues the institution is “fundamentally unsatisfied with the status quo, desiring additional territory even when it is not desired for security.” In a striking insight, she also challenges the conventional wisdom that democratization will improve things. Fair says the Army’s strategic culture permeates Pakistan’s “civil society, political culture and bureaucracies.”

However, she does note a change in recruitment patterns. In 1972, Army officers came from only a few districts in Punjab and Khyber-Pakhtunkhwa provinces, but by 2005, nearly all of the districts in Pakistan were sending officers. Fair’s research shows that many of these officers may not be sharing the Punjabi-dominated Army’s core values with the same intensity, and shows the potential for transformation.

Aqil Shah’s The Army and Democracy is another detailed review of the genesis and evolution of the Pakistani Army’s institutional culture and world view. The book shows that the Army’s attitudes echo the fears and dogma of Pakistan’s early history. Shah argues that the Army’s dominant political role was not inevitable, despite the underdeveloped nature of political institutions. This is a major departure from earlier studies that cited the overdeveloped nature of colonial state.

Shah painstakingly traces the anatomy of coups in Pakistan and the underlying belief systems that resulted in the Army taking charge of the country’s affairs. He argues that national security is perceived by the institution to be a “national interest” and this has thwarted the evolution of political institutions in Pakistan.

Yet Shah goes beyond the view that the military is driven by its corporate interests. He elaborates, through a rich array of literature and interviews, that an adherence to institutional norms and “traditions of tutelage” explains the military’s appropriation of the chief defender role. The “military mentality” (i.e. its norms) informs its overarching role as the savior of last resort. The use of archive material and military documents makes Shah’s study a rich source of global references on the Pakistani military’s dominance and how its own pronouncements reinforce its tutelary traditions. He also explores the military’s socialization program and curricula, and discovers that apprehensions about Indian designs to harm Pakistan continue to be a major theme in defense instruction.

Shah also argues that the existence of terrorist groups and nuclear weapons on Pakistani soil raise questions about the viability of the military’s conventional world view. A close reading of both Shah and Fair suggest that the Pakistani Army may be taking huge risks with long-term implications for regional and international security to achieve short-term parity with India.

Both books, however, understate the public pronouncements of Pakistan’s former military chief, Gen. Ashfaq Parvez Kayani. Since 2011, and until his retirement in 2013, Kayani had advanced the notion that Pakistan’s real threats were internal. There have been some changes to the 2013 Green Book (a leading internal publication that collates essays by serving officers), that also express this idea, along with the usual India-centric postulates. The troubled and asymmetrical relationship with the United States, ironically, has played some role in this shift; and the discovery of Osama bin Laden in Abbottabad, and the subsequent criticism of the Army, made it, once again, look inwards.

A decade ago, more than 90 percent of Pakistan’s military personnel and assets were deployed to counter the Indian threat. But a substantial number of these resources have been diverted to Western borders; and the rise of the Pakistani Taliban has provided a new challenge to the military and its intelligence apparatus. Internal security challenges have also compounded the emerging world view, and the ongoing security operation in North Waziristan — the third major offensive in the last five years — indicates that there is a greater emphasis on sorting out Pakistan’s internal messes than on fighting a battle for regional domination.

Whether the recent changes are lasting and will result in a revision of the Army’s security doctrines or impact its curricula and institutional culture are open questions. There is increasing pressure within Pakistan itself to adopt a zero-tolerance policy for militancy. An important variable here would the trajectory of democratization and how far the political elites are willing to challenge the strategic culture that Fair has elaborately theorized in her book. Pakistan’s incumbent Prime Minister Nawaz Sharif has already challenged the India-centric security paradigm and this is one of the reasons why he faces a rocky future. The ongoing trials of former president Pervez Musharraf — which would have been unthinkable a decade ago — also indicate a subtle shift is underway.

Both Fair’s and Shah’s books explain why the civilian space in Pakistan is limited and why Pakistan’s military will likely enjoy many more years as the nation’s ascendant political force. The country’s activist judges and media have expanded the discussion, but it will take a decade or more for this to result in a more rational balance of civil-military power in Pakistan.

Raza Rumi is a writer, policy analyst, and editor from Pakistan. He is currently a visiting fellow at the New America Foundation.

This policy note was prepared for a report published by The