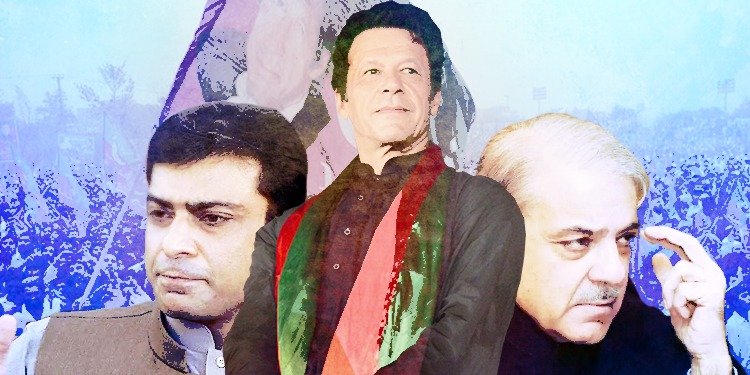 This is the time for Pakistan’s establishment to smell the coffee for its adventurism since 2016 has resulted in the current imbroglio. If there is a fresh election leading to a new government, the IMF deal may be thwarted, with the doomsday scenario of Pakistan defaulting like Sri Lanka.

On Sunday July 17 th, the Pakistan Tehreek e Insaaf (PTI) swept the polls in the by-elections in Punjab with a landslide win consisting of 15 out of 20 seats in the provincial assembly. Punjab, Pakistan’s most populous province, is traditionally considered the stronghold of the Pakistan Muslim League (PML-N). However, with this result it is clear the PML N is losing its grip. With a 50% turnout, this was a record by-poll turnout in Pakistan’s electoral history.

The primary cause for the support by the electorate is the well-crafted alternative reality that the charismatic former Prime Minister and PTI party leader Imran Khan has spun over the decades. Added to this was the perceived unfair removal from office in April 2022 which further stoked an angry nation. In fact, during the run up to the election, Imran Khan had successfully convinced a sizable number of Pakistanis about his version of events that surrounded his removal.

However, varying perspectives and narratives are not enough to define electoral outcomes completely. There were a host of factors that led to the success of PTI candidates on Sunday including rising inflation and energy crisis. The grim reality is that Pakistan has entered a painful period of structural adjustment designed by the International Monetary Fund (IMF) and at least in the short term, such stabilization efforts have caused public misery.

The official rate of inflation in June was recorded as 21.3% and by all means such figures are hugely underestimated. Food inflation is at its peak and the cost of transportation and household energy supplies have become unbearable for middle-class and low income groups.

Consequently, the voter in Pakistan – hapless, disenfranchised, and disempowered – has only one instrument to hit back at the party in power. For the average person on the street, the PTI’s performance in the past few years do not matter as much as the increased energy prices and inflation under the PML-N led coalition do. The PML-N, led by the seasoned former Prime Minister Nawaz Sharif, was acutely aware of this reality and tried to do some damage control with last minute gimmickry which may have worked in the past but no longer do the trick.

But there were also internal problems in the PML-N which led to their grip over Punjab to weaken. The party had abandoned its political position of challenging the establishment to achieve civilian supremacy in the country. In retrospect this move was damaging because the popular sentiment in Punjab turned anti-establishment, particularly post Imran Khan’s removal.

This change of political mood can be attributed in a large measure to the rhetoric of PML-N leader, Nawaz Sharif, who consistently convinced the Punjab electorate that without civilian exertion in the power matrix, meaningful, pro-people change was not possible. Shahbaz Sharif’s assumption of the PM office in April was largely seen as a compromise on this position and abandonment of the political principles laid out by the elder Sharif and his daughter Maryam Nawaz. Imran Khan, ironically a beneficiary of the establishment, repeatedly accused his rival Shahbaz Sharif of being a ‘boot polisher’.

Furthermore, the PML-N, while allotting tickets to candidates, ended up ignoring some of the hardcore loyalists which caused their stronghold to crumble. As it is they never had an effective narrative or strategy to counter what Imran Khan had spun even if it was propaganda.

All of the above swayed public sentiment resulting in the highest turnover in by-election in the country’s history. By-elections do not generally involve high voter participation but in almost all the constituencies, the voter turnout was over 40% and 50% with the highest in Bhakkar which was a whopping 65%.

So what now? Post-election, Hamza Shehbaz can no longer remain Chief Minister of Punjab and with him gone, current Prime Minister Shehbaz Sharif’s government will inevitably crumble as well.

Shehbaz Sharif must quit the government and call a fresh general election and spare the country of further political intrigues and manipulation. A new election is likely to put Imran Khan in the lead with the capacity to reshape and reframe popular politics. The idea of a long-term caretaker setup refuses to go away from the popular discourse and so it cannot be ruled out. And the biggest of all, the appointment, or the extension of the Army Chief in November, is likely to be done under a new Prime Minister.

This is also the time for Pakistan’s establishment to smell the coffee for its adventurism since 2016 has resulted in this royal mess. If there is a fresh election resulting in a new government, the IMF deal may be thwarted, with the doomsday scenario of Pakistan defaulting like Sri Lanka.

And if the government is propped up with the old tactics of political engineering, then Imran Khan is going to launch another round of agitation causing more disruption and instability. It is truly a cul-de-sac for the establishment (and Sharifs as well) for they have to eat the bitter pill and let Pakistani voters decide on how this country should be governed.