The shrine of Shaikh Ali Hajweri, Data Ganj Bakhsh, or Data Sahib is a landmark of sorts in the subcontinent. It has been a centre of inspiration since the eleventh century. He was both a scholar and a saint and author of the first treatise on Sufism in Persian language – Kashf al Mahjub (or “Unveiling the Veiled”). Originally from Ghazni, Afghanistan, Data Saheb spent a considerable portion of his life in Lahore. He loved it so much that settled here permanently. 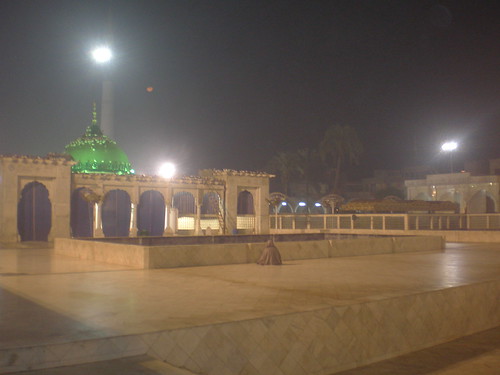 After his reunion with the Creator in 1077 A.D, his shrine has attracted millions of people. It is still the busiest of places even after nearly ten centuries. Even the leader of Chistiya school of Sufism, Khawaja Moinuddin Chisti sought spiritual guidance at his shrine.

I was at Data Darbar recently and in the middle of a chilly night took these pictures…
Wish I could have frequented this place more often during my stay in Lahore. It is truly peaceful and inspiring.

Next Post
More on Data Ganj Bakhsh of Lahore