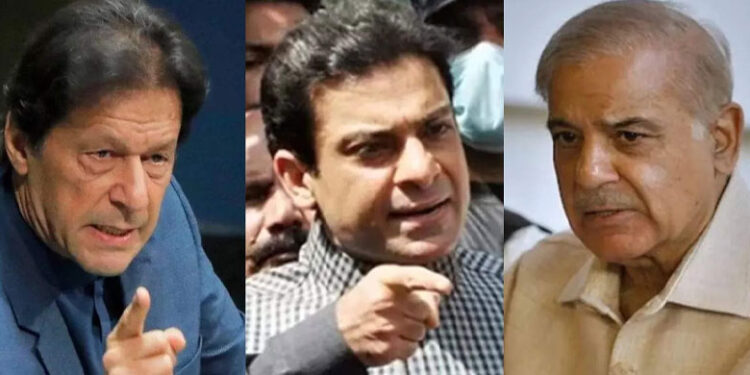 As the July 17 by-polls in the Punjab come closer, the political rhetoric of former PM Imran Khan has gained intensity indicating how the forthcoming polls are likely to impact the future trajectory of national politics. Elections are taking place in constituencies where the former members of the provincial assemblies were de-seated by the courts for voting against their former party, i.e., Pakistan Tehreek E Insaf (PTI). Given the developments in recent weeks where courts have jumped in to settle the political affairs in the largest province, these by-elections have become critical. To stay as the chief minister, Hamza Shahbaz Sharif needs at least nine seats (additional would bolster his majority). The Punjab government will survive until the general elections expected next year. Ordinarily, this should have been an easy pass for the Pakistan Muslim League-Nawaz given its rock-solid support base among the electorate. But things have changed dramatically over the past two months.

Firstly, Imran Khan’s popularity has increased in the recent months and his narrative of being a victim of external and domestic conspiracies has gained ground especially in the urban middle-classes. A recent Gallup survey has shown higher popularity ratings for Imran Khan as compared to April 2022 when he was ousted from power. The abject failure of the PDM parties to present an alternative narrative on the recent political upheaval have partially contributed to this phenomenon. Secondly, the withdrawal of subsidies on POL products has spurred an inflationary cycle creating a tough situation for the incumbent government. With a 21% inflation rate likely to increase in coming days, public anger might play a role at the polls. Add to this, the debilitating load shedding and the government’s evident constraints in managing electricity distribution. This is a near bankrupt government, struggling for a deal with the International Monetary Fund and more foreign exchange to purchase expensive energy imports without which power plants are likely to work under-capacity in the near term. Thirdly, the PTI has awarded tickets to strong electables in most consistencies. If anything, Imran Khan has learnt the difficult art of playing power politics from his erstwhile patrons and handlers. Idealism is now confined to his fiery, repetitive speeches while on ground PTI operates as just another power grabbing political group. Lastly, other than the firebrand Maryam Nawaz, PMLN remains without effective campaigners. With elder Sharif out of the country and PM Shahbaz busy in daily firefighting, the burden of mobilizing PMLN support base has fallen on Maryam Nawaz’s shoulders.

All of this has turned into a major challenge for the PMLN as the by-polls will not only test its well-known familiarity with the political machine in Punjab but also highlight how the changed narrative of the party is viewed by its electoral base. Furthermore, Hamza Sharif known for his effective campaigning faces a test of his leadership and command over the levers of power. Thus far his media image as a vulnerable CM has not helped.

Still Imran Khan and PTI will not have a smooth sailing on July 17. They face the twin challenges of their poor record in office and the evident distance from the establishment which almost always influences Punjab’s political culture. Elections in Punjab are a complex interplay of local factionalism, biradari, patronage and signals from GHQ. No electoral success can ignore these hardcore realities as the current electoral processes were carefully re-engineered during the four decades of military and hybrid governments in last four decades.

Most importantly, the by polls are also likely to tell us the extent of political capital that Imran Khan may have gained (or lost) since 2018. Despite riding on the wave of a ubiquitous social media hype aided by sympathetic elements within the mainstream media, Khan’s challenge seems formidable. Public memory is short but not as fickle as imagined by the PTI’s digital bubbles. This is why Khan continues to build pressure on all key institutions of the state. He has openly targeted the Army Chief, built public pressure on the Supreme Court judges and now he is targeting the incumbent chief election commissioner (CEC).

It is ironic that CEC Sikandar Sultan Raja was appointed during the PTI’s tenure and was praised to the hilt by Imran Khan and his ministers. Once in office, the CEC – a stickler for rules – asserted his independence and most notably canceled the 2021 by-elections in Daska that the PTI had tried to rig in broad daylight. Thus far, the Election Commission has shown little signs of caving under Imranist pressure tactics.

Informed estimates suggest that the PMLN might be able to bag more than ten (out of 20) seats and PTI would also gain a good number of seats. What happens if PMLN bags most of the seats? Will Imran Khan relaunch another round of agitation and refuse to accept the results? Given his track record, Khan is unlikely to accept the results if they are not in his favour. Will it pose a challenge to the ruling coalitions in Islamabad and Lahore? No. Having lost the support of the deep state and super ATMs, another round of agitational politics will remain minor storms in a teacup. Unless of course, a few good men in Rawalpindi have a different plan.

Such instability does not give confidence to the markets and external financial actors keenly watching developments in Pakistan. While PML-N might survive the current test, it is time to open channels of communication with Khan and build a consensus on economic stabilization and the holding of fair elections next year. Shehbaz Sharif should rise to the occasion and start undoing the toxic political culture of the past.