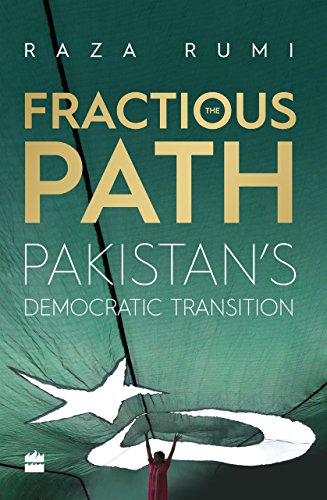 Since its creation in 1947, Pakistan has oscillated between weak democratic governments and brutal military dictatorships, the latter ruling for about half its existence. In 2013, for the first time, there was a peaceful transfer of power from a democratic government that had completed its tenure to another. The question is: will it last?To understand this, Raza Rumi examines the crucial years between 2008 and 2013, which marked the transition from General Pervez Musharraf’s authoritarian regime to a democratic order. Pakistan underwent a series of turbulent events in 2007, including the assassination of Benazir Bhutto in December of that year. Two months later, the elections returned her party to power, putting in place a hybrid military-democratic government. Grappling with the spillover of conflict in Afghanistan, jihadist insurgency and a fragile economy, Pakistan’s democracy had to contend with the imbalances inherent to the country’s power structure. Reporting from the ground as these political developments were unravelling, Rumi provides a unique window on contemporary Pakistan – its democratic transition, internal security, extremism, governance, foreign policy and the future of democracy in the country.