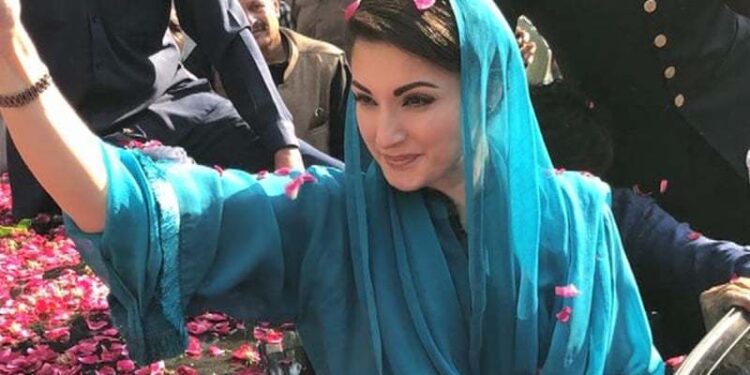 Will there be accountability of all those who planned and aided political engineering via courts?

Maryam Nawaz’s acquittal by the Islamabad High Court is a major victory for the Pakistan Muslim League (PML-N) as political engineering against the House of Sharifs seems to be coming to its logical conclusion. Maryam Nawaz has already entered the political arena and now she will be a legitimate contender for public office as well as the leading face of the party.

Since the Panama Leaks of 2016, the Sharifs were under immense public scrutiny, a process that was brazenly aided by the establishment. The Avenfield case related to ownership of properties in London by Sharif family led to the conviction and disqualification of Maryam Nawaz Sharif. In the past two years, evidence surfaced in the public domain that the judges may have been influenced. The accountability judge in a leaked video admitted being influenced. Later, a judge of Islamabad High Court Shaukat Siddiqi (promptly fired by the Supreme Judicial Council) accused the top intelligence agency chief and the former chief justice advising him to ensure that the father-daughter duo was convicted and kept out of the politics.

These disqualifications were necessary to ‘manage’ the 2018 election and install a hybrid government co-led by the civilian and military actors. That experiment as we all know crashed in 2021 leading to a ‘regime change’ in April 2022 through a vote of no confidence. Now the entire project is being undone by the powers-that-be and that includes the judicial establishment too. Maryam’s acquittal was preceded by the return of Ishaq Dar, the ‘absconder’ as Imran Khan and other opponents of PML-N call him. Dar whose domestic helper was ‘abducted’ at the height of 2017 civil-military crisis and who lived in exile since then, is not only back but the finance minister. These developments are also indicative of the fact that the estranged Sharifs are back in the establishment’s drawing board.

The clean chit to Maryam will provide ammunition to Imran Khan to accuse the establishment of favouring his arch-rivals.

All these developments are taking place weeks before the decision of appointing the next army chief will be taken by the prime minister Shehbaz Sharif sometime in October or November. Former PM Imran Khan has already created a public controversy on the fresh appointment and indirectly gave the signal of ‘delaying’ the appointment. This indicates that the current incumbent may continue in the office and that would be lawful under the Army Act as amended in January 2020 that sets the age limit of Army Chief as 64. The current Army chief will not be 64 until early to mid-2024. Perhaps it is the chief who will finally decide if he wants to stay on or rather pass the baton to another commander.

The clean chit to Maryam will provide ammunition to Imran Khan to accuse the establishment of favouring his arch-rivals. He has already accused the ‘neutrals’ in his public rallies. But he can also read the signals: if he will ratchet up attacks on the army chief and his associates, he will not get too far. Khan’s strategic calculation that the ‘divisions within’ will favour him and facilitate his return through an election has evidently not worked. Early elections are nowhere in sight. And the institution in question remains internally cohesive and disciplined despite the social media campaigns to stir dissent within the ranks.

Yet, Khan’s popularity is at its peak and an early election works in his favour. But he will have to take a cautious line if he has read Pakistan’s history. Especially the trajectories of Mujeeb ur Rehman and Zulfikar Ali Bhutto – the two popular leaders of united and dismembered Pakistan respectively – and the way they were handled by the establishment.

Khan and his supporters claim that they are changing the history and whether they have or can remains to be seen.

Khan’s strategic calculation that the ‘divisions within’ will favour him and facilitate his return through an election has evidently not worked. Early elections are nowhere in sight. And efforts to stir dissent within the ranks have gotten nowhere

For now, Maryam’s victory will be celebrated by her party for the right reasons. A political and legal wrong has been righted. But if it translates into electoral victory for the party is unclear. The hard-hitting inflation (that is officially 40% now); with the post-floods food supplies likely to be even more expensive and Imran Khan’s popular inroads into the Punjab will be formidable challenges for the party. The coming months will also determine if courts continue their leniency towards Khan. And if Khan is disqualified and/or jailed, he will gain further political mileage.

This verdict has also raised serious questions about the judiciary and the so-called accountability process in the country. Why was Maryam’s disqualification rushed before the 2018 elections? Why were senior figures in the judicial establishment undermining rules and norms?

Two questions are important are here. Will there be accountability of judges, prosecutors and opinion makers who aided the most recent phase of political engineering? Secondly if the engineers have learnt that botching up the political system leads to the economic meltdown and chaos that the country is facing. Not to mention the loss of credibility that their chosen one has unleashed in the past few months.

In the meantime, millions await relief and rehabilitation as the intra elite battles are being fought out in the not-so-hallowed halls of Islamabad and Rawalpindi.