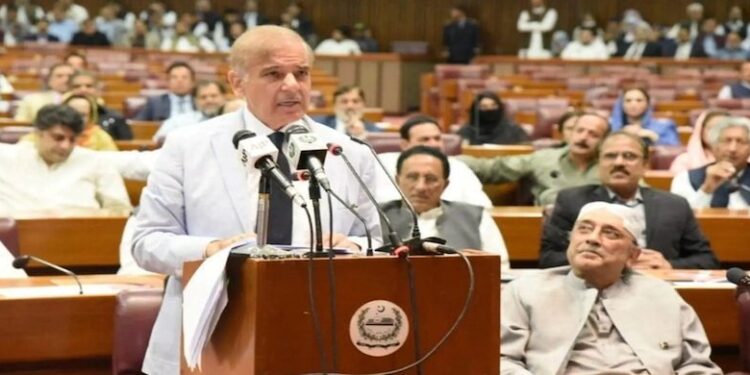 The prime minister, also known as ‘speedy Shehbaz’, should demonstrate his ‘speed’ by announcing the cabinet without any delay and involve the parliament in his decision-making processes.

The intriguing delay in formation of the federal cabinet has been widely criticised in the country and is being seen as a sign of internal differences within the ruling coalition. Prime Minister Shehbaz Sharif took oath on April 11 and it was expected that the cabinet would be announced within a day or two. However, despite the passage of a week, the country remains without a functional government. In fact, political bickering and the earlier constitutional crisis spurred by former PM Imran Khan’s machinations have resulted in a governance vacuum since the beginning of this month.

In a parliamentary democracy, the office of prime minister represents the collective responsibility of the cabinet and therefore this delay is most worrying for the future of politics. PM Shehbaz Sharif has a reputation of competence; however his style of governance from his Punjab days has been that of a one-man show. Islamabad however is an entirely different ballgame, especially when the prime minister has been elected by a coalition of five parties, some of which had been part of the previous government. Therefore, PM Sharif cannot be the sole administrator nor can he be a PM representing his party alone.

Given the complex nature of the Pakistani federation, his governance style must adapt to the imperatives of a multiethnic polity that should instil confidence in smaller provinces and take effective decisions on issues that the previous government could not handle effectively.

Furthermore, the new government faces a variety of challenges some of which seem intractable at the moment. First, the economic crisis, that could quickly turn into a serious meltdown. Second is the relentless propaganda by the erstwhile PM and his cronies that the new government is an ‘imported’ one — which has come about through a US-led conspiracy.

Lastly, the middle classes and the poor hit by inflation are looking for immediate relief. All of these challenges require a multiparty consensus on tough decisions and quick reforms that can only be handled if there is a competent cabinet, effective parliamentary committees and frequent recourse to the parliament on issues of public importance.

The inauguration of a much-delayed metro bus in Islamabad, while laudable, is by no means a substitute for restoring parliamentary governance and some sanity into a highly polarised political arena. The prime minister, also known as ‘speedy Shehbaz’, should demonstrate his ‘speed’ by announcing the cabinet without any delay and involve the parliament in his decision-making processes.