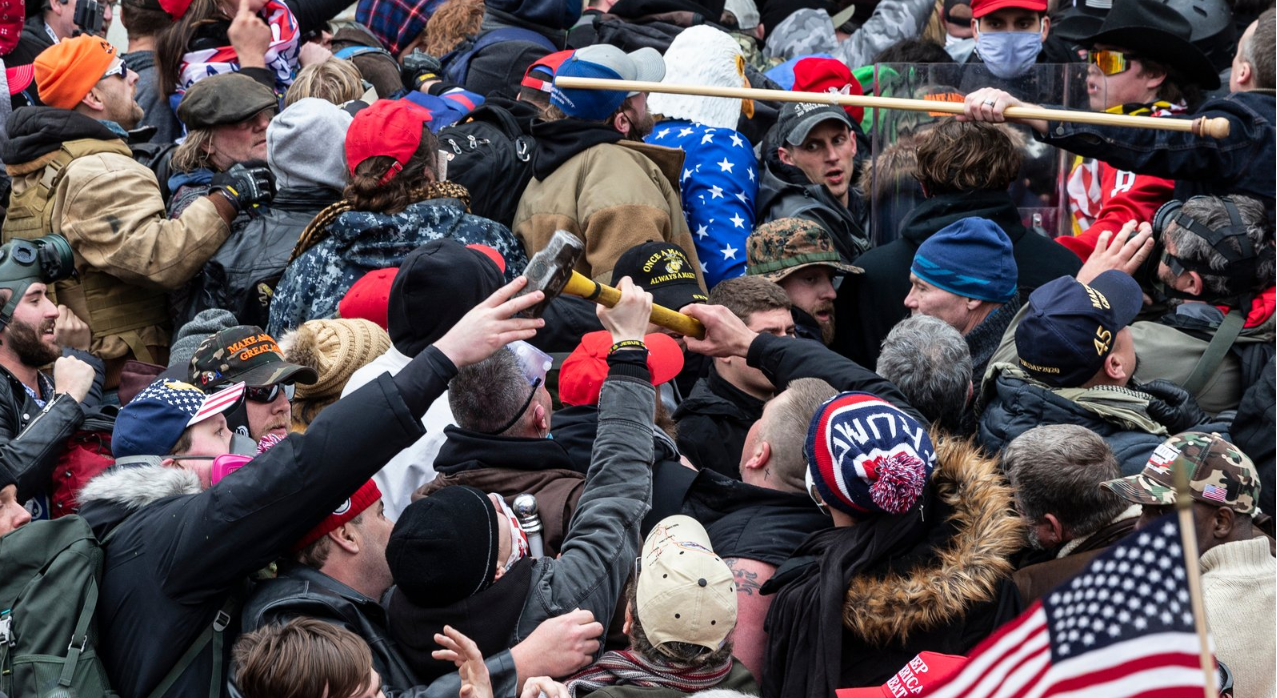 Republicans and rightwing media are directly responsible for the mass shooting in Buffalo.

The horrific massacre on May 14 in Buffalo, New York, is yet another reminder of how racist ideologies pose the most severe danger to the contemporary United States. Teenaged white supremacist Payton Gendron traveled for hours to open fire in a supermarket in a Black neighborhood while live-streaming his actions on Twitch. Gendron killed ten people and injured three others.

The great replacement theory can no longer be dismissed as an inconsequential fringe belief.

The “great replacement theory” can no longer be dismissed as an inconsequential fringe belief. It has led to terror attacks in New Zealand and Pittsburgh; San Diego; and El Paso, Texas. Now, thanks to Fox News and the Republican Party’s espousal of Trumpism, it is a mainstream political plank. And given the failure of U.S. political and justice systems to punish perpetrators of the January 6 insurrection, this fascist worldview will only gain further traction.

Conservative politics during the past few years have been obsessed with white-minority fear, presenting it as an antidote for growing discontentment among large sections of the populace. Boosting nativist ideas, the GOP inspires numerous groups and coalitions that expressly aim to protect white majoritarianism. As a result, according to a recent AP-NORC poll, one in three adults in the United States now believe there is an ongoing effort “to replace native-born Americans with immigrants for electoral gains.”

Such ideologies become more dangerous, of course, in a nation awash with guns. Civilians in the United States own almost 400 million firearms—nearly half of all civilian-owned guns in the world. Lax regulations, a rightwing U.S. Supreme Court, and intense lobbying by groups such as the NRA have rendered any sound gun regulation virtually impossible.

Even though tens of thousands of people die each year due to gun violence, reaching an all-time high of 45,222 in 2020, policy makers refuse to act. Instead, after every shooting, elected officials express a series of platitudes, while the news cycle awaits the next massacre. The killings in Buffalo were followed by three other mass shootings, including one in a church in Orange County, California, on May 15.

Equally advantageous for hateful ideologies is the proliferating rightwing media ecosystem. Tucker Carlson of Fox News is perhaps the best-known proponent of “replacement theory” among the mainstream media. “By repeatedly launching nativist attacks with warnings of an ‘invasion of your neighborhood’ and migrants ‘coming to our backyard,’ ” Media Matters noted in December 2021, “Fox News’s goal here is clear: to scare its audience into buying the fantasy of ‘white genocide.’ ”

Concurrently, Fox News and its rightwing allies have been denigrating critical race theory, reinforcing racist tropes, and preventing the development of informed public opinion. More broadly, mainstream media’s gun coverage has historically been problematic. It does not always highlight the racist intent behind many mass shootings.

Gun ownership is deeply tied to the idea of citizenship, and to white power, masculinity, and patriotism.

Gun ownership is deeply tied to the idea of citizenship, and to white power, masculinity, and patriotism. Republican politics provide an umbrella for such ideologies and an ideal environment for extremist groups to organize and flourish, as the January 6 insurrection demonstrated. The rise of anti-immigrant movements, voter suppression, and unprecedented levels of gerrymandering are all linked to mainstream Republican attempts at preserving white power.

The shooting in Buffalo should be a wakeup call. “Great replacement theory” embeds a narrative central to Nazi ideology: the imagined Jewish threat to “white civilization” that Hitler successfully propagated in Mein Kampf. Following that legacy, Payton Gendron expressed an intent to kill Black people before they could “replace” whites.

While Tucker Carlson and some mainstream talking heads are less vocal about Jewish Americans, there are numerous other antisemitic groups that have carried out violence against Jewish communities. Like the Nazis, “replacement theory” advocates are fixated on mass immigration, fertility, and “white civilization.” These fascist ideas are not new, but the mere fact that they have become mainstreamed underlines the greatest threat to domestic peace and stability in the United States.

Intelligence reports have already confirmed that white supremacists amount to the United States’ biggest domestic terror threat, and violence perpetrated by U.S. extremists has been more lethal than external threats during the past decade.

Faisalabad incident is a sad reminder of how women are still treated by some people. We have senior reporter Hassam Ahmad from Faisalabad to share the latest updates on that issue.We're also joined by Haris Qadeer to update us on the ongoing protests in Azad Kashmir, Pakistan.#NayaDaur ... See MoreSee Less

Faisalabad incident is a sad reminder of how women are still treated by some people. We have senior reporter Hassam Ahmad from Faisalabad to share the latest updates on that issue.We're also joined by Haris Qadeer to update us on the ongoing protests in Azad Kashmir, Pakistan. ... See MoreSee Less
View on Facebook
· Share