Elections 2013: A Peaceful Transfer of Power 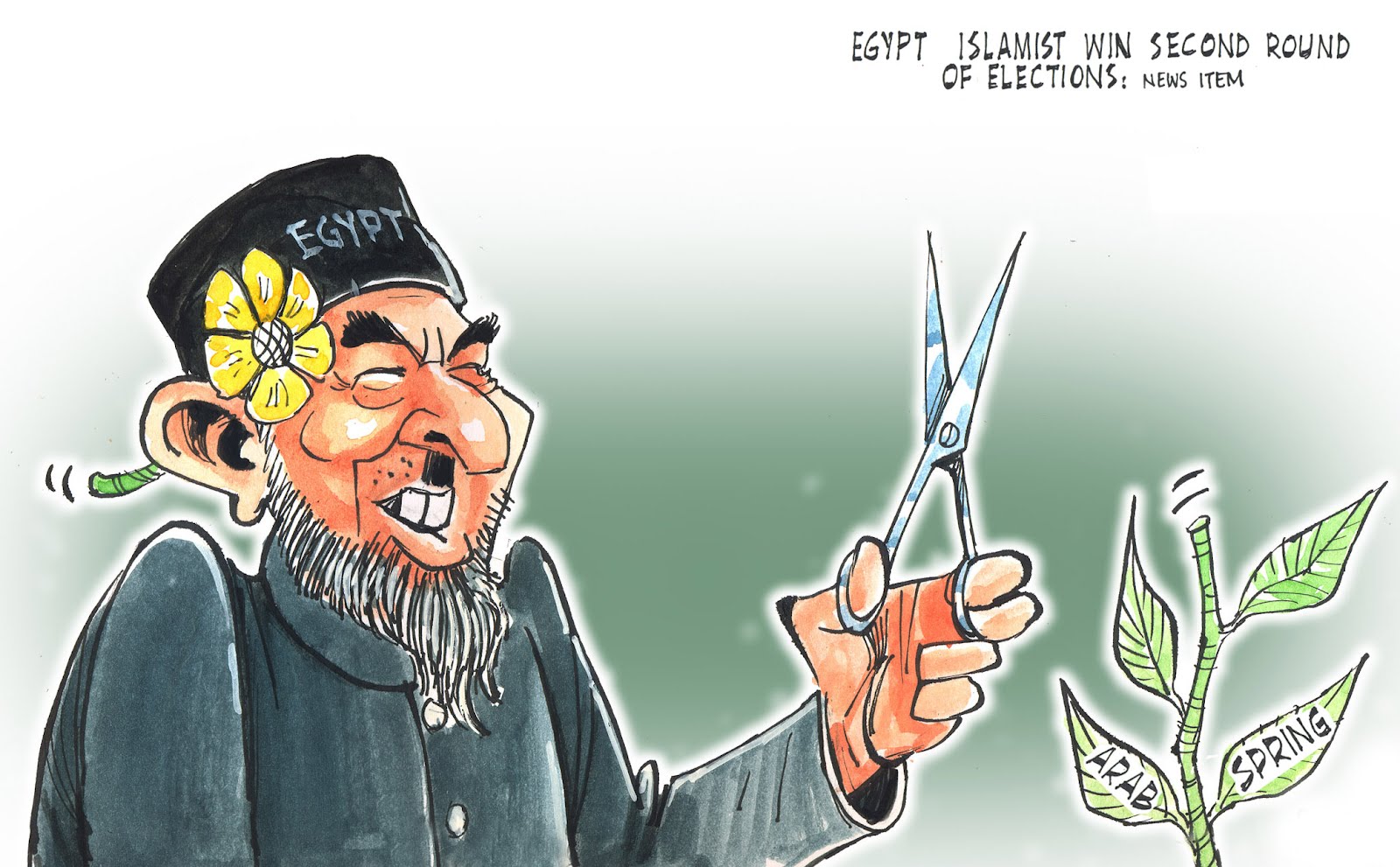 My piece for South Asia magazine (published in Jan 2013 issue)

General elections in Pakistan are scheduled to take place later this year; however, the ongoing political instability signals otherwise.

The forthcoming general elections in Pakistan are significant for a number of reasons. Firstly, this is a unique moment in Pakistan when a democratic government under a civilian President is completing its term and preparing for a transition through elections. Secondly, due to the constitutional changes made by the current parliament under the 18th and 20th Amendments, the process remains firmly in civilian hands. This has caused an unprecedented moment in our history where the elections are not being supervised or managed by the military establishment, which has called the shots over a larger course of the countryâ€™s history.

The last time a civilian regime managed the election was in 1977 but the results were controversial and were annulled, leading to Gen. Zia ul Haqâ€™s led coup dâ€™ etat.

Throughout the 1990s, most political parties were used as puppets by the security establishment against each other. Four elections were held between 1988 and 1999. Each time, a President, who acted at the behest of the military and intelligence agencies, â€˜engineeredâ€™ the electoral results by appointing a handpicked and compliant caretaker government.

The Pakistan Peopleâ€™s Party (PPP) and Pakistan Muslim League-N (PMLN) were the two major parties playing this game with the Army. The Musharraf coup and subsequent political developments reversed this trend as these two parties entered into a compact in 2007 and agreed not to approach the military to resolve or fix political disputes. Whilst Musharraf and Gen. Kayani oversaw the elections of 2008, the results surprised everyone, illustrating a clear victory for anti-Musharraf forces. Both parties have liaised with the military between 2008-2013 but have jealously guarded their parliamentary space as well as the continuation of the democratic system. Governance challenges and failures notwithstanding, the record of political parties has been encouraging on this front.

In the spirit of constitutionally mandated agreements, the government and opposition have appointed a respectable former judge as the Chief Election Commissioner. Similarly, other formalities have been taken care of and the rest will be handled in the days to come. The appointment of a caretaker administration is another major step that needs to be taken to ensure that an impartial regime takes over the task of administering elections. In Pakistan, given its bitter history, the legitimacy of an election and the confidence in the caretakers is of major importance.Â

However, a new development has engulfed this process of election arrangements. A religious scholar, Dr Tahir ul Qadri who had quit politics in 2004 has re-entered the political arena by holding a mammoth rally on December 23 in Lahore where he spoke of social reforms and opposed the idea of holding elections without necessary electoral reforms. The startling demand he made was that the current procedure adopted by the Parliament, whereby the caretaker Prime Minister was appointed through parleys between the government and the opposition, should be widened to include the military and the judiciary. The Military is constitutionally subordinate to the Cabinet but has immense influence due to the historical power it enjoys. The Judiciary on the other hand is designed to be separate from the process of executive governance. Dr Qadri also announced a Long March to Islamabad and a sit in by â€˜millionsâ€™ who would pressurize the government for reforms. While protest and political assemblies are a democratic right, the aim of Dr Qadriâ€™s movement is beyond the constitutional parameters, which the representatives of the Pakistani people have set and refined during the last five years.

Qadriâ€™s movement has been bolstered by the support received from the Muttahida Qaumi Movement (MQM), a party, which is popular in urban Sindh and a few parts of Pakistan but is more known for its power to bring Karachi to a halt and act as a bargainer in the numbers that can form coalition governments. The party has also enjoyed untrammeled power in the Sindh province and the Center for nearly a decade now. After its troubled relationship with the Army during the 1990s, it has now settled into a comfortable accord of coexistence as well as cooperation when needed.

The militaryâ€™s PR wing has denied that it is backing Dr Qadri. In addition, the US and the UK governments had to deny the rumors, which Pakistanis are quick to spin when such political developments take place. Therefore, uncertainty when it did not actually exist has been engineered once again by these unusual developments. Elections due in early 2013 are now uncertain given this situation.

Having said that, the nature of power arrangements is such that it would be extremely difficult to delay the elections. The Supreme Court has already remarked that constitutional deviations are not going to take place while they are in charge. Similarly, the media â€“ noisy, vigilant and ubiquitous in todayâ€™s Pakistan â€“ will be another hurdle to cross in an election-less Pakistan during 2013.

By default then, Pakistan is likely to edge towards a timely election. As these lines are being written, political parties are preparing for elections, pre-electoral alliances as well as writing their manifestos. But the real question is what would be the likely electoral outcome?

By all accounts the ruling PPP is in a difficult situation. Its federal status notwithstanding, several analysts have pointed out to its disconnect from urban Pakistan especially in the populous Punjab province where its rival PML-N is in a better position to bag seats. The rising fortunes of Imran Khan and his not-so-young party, Pakistan Tehreek-e-Insaf (PTI) will play an important role in mobilizing the youth but not enough to majorly dent PML-Nâ€™s strong hold in urban Punjab.

In the southern districts of the Punjab and rural Sindh, the PPP is likely to retain its support base due to its policies during the last five years. The debate on a separate province for the marginalized population of the South resonates with the locals, especially the Seraiki speaking population. Furthermore, the focus on the rural income enhancement strategy through increased agricultural support prices has resulted in considerable income transfers from the urban to the rural population. Similarly, the cash transfers under the Benazir Income Support Program are likely to benefit PPP in the areas where disadvantaged communities are clustered.

Insurgency and the rise of sectarian militias have greatly affected Balochistan. The nationalist parties, which boycotted the 2008 elections, might enter into the contest thereby adding another group to contend with after the elections are completed.

The Muttahida Qaumi Movement retains its strong position in urban Sindh, especially Karachi and Hyderabad and is likely to emerge as a Kingmaker party after the elections. The critical factor here is that a majority party will not dominate the next Parliament. Both PPP and PML-N will bag seats to claim a coalition. Given that the Punjab has 148 seats in the 272 to be contested, the electoral outcome (already swinging in favor of PML-N) will determine the final composition of the next coalition

The former Kingâ€™s Party â€“ PMLQ â€“ formed under Musharrafâ€™s dictatorship is already struggling to retain its electables and it is likely to shrink.Â  Similarly, the Awami National Party may lose some seats to Imran Khanâ€™s party as well as the religious parties, which are making a comeback due to their stance on achieving â€˜peaceâ€™ in the militancy-hit Pakistan.

The MQM and PTI will be the two parties, which might make or break a coalition in the future. Pakistan, not unlike India, has entered into an era of coalitions where regional and local interests will inform and impact national governance priorities.

At the start of 2013, violence and uncertainty loom large on the political horizon. Elections â€“ fair and free â€“ are the best way forward to ensure that there is a regime change through constitutional means. The events in January will determine where the nation is headed. Elections, if held on time, are going to result in another coalition with competing interests and priorities. But that is the strength of a democracy for it gives voice to dissent and diversity; and ensures that governance does not remain the preserve of unelected institutions, which are not directly accountable to the people. After 65 years of crises and fatal experiments, Pakistan needs stability and wide agreement on the principle that its peopleâ€™s will must remain supreme.

Raza Rumi is a writer, policy adviser. He is on the editorial board of The Friday Times, and also maintains a national development blog atÂ www.razarumi.com. Email:Â [email protected]

15 thoughts on “Elections 2013: A Peaceful Transfer of Power”