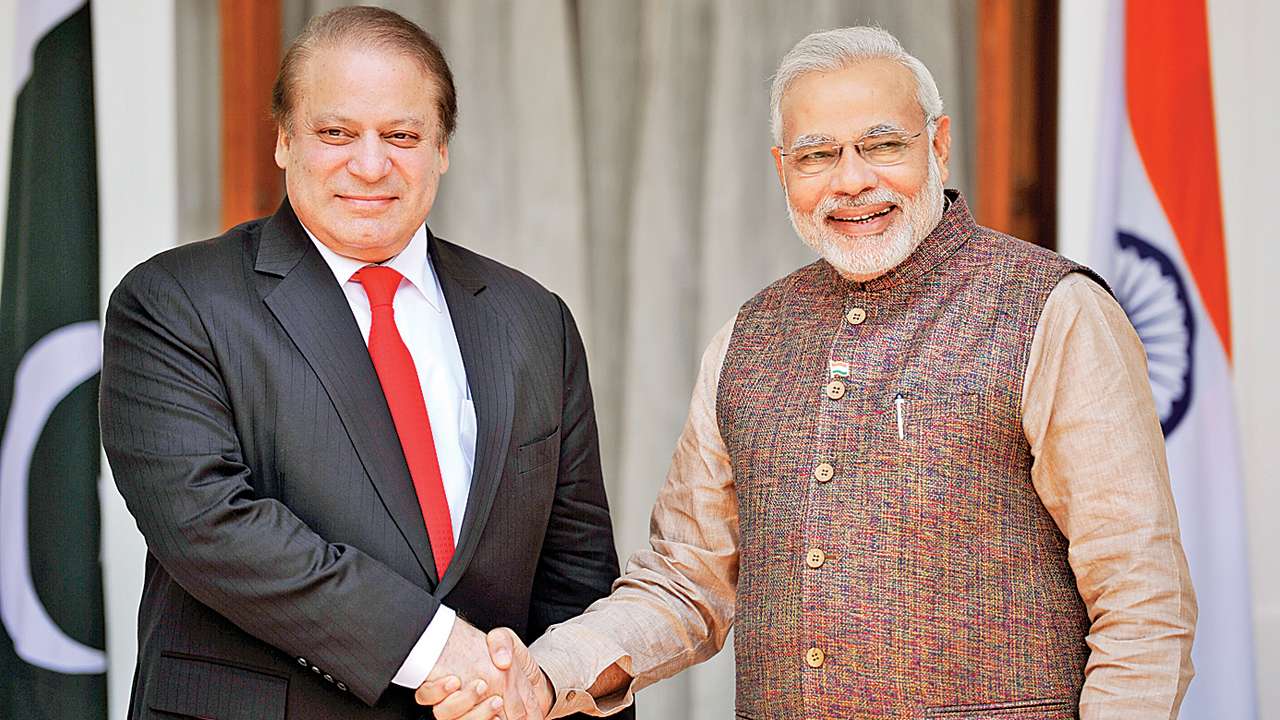 The much-hyped talks between the National Security Advisers of India and Pakistan have been called off.

It is clear that the recent thaw in bilateral relations was illusionary as the hardened positions of the respective states remain unchanged and a greater level of distrust was reflected in the recent days.

The major roadblock came in the wake of Pakistan’s desire to engage with Kashmiri separatist leaders in New Delhi. This was unacceptable to India, that wanted the talks to be terrorism-centric.

Issues on the table

The Ufa declaration did not preclude Kashmir, but did highlight that the talks will focus on “all issues connected with terrorism.”

Exactly a year ago the Indian government called off its Foreign Secretary’s visit to Islamabad when Pakistan’s High Commissioner in Delhi met a group of Kashmiri separatists.

This is a pattern set by the Modi administration: Look tough, act tough when it comes to Pakistan.

The Indian position on Pakistanis talking to Hurriyat and other Kashmiri representatives is intriguing as it was a routine in the past.

Even during the time of the previous BJP government under Atal Bihari Vajpayee, General Musharraf met them during his 2001 India visit.

The denial of Kashmir as a bilateral dispute is senseless as the Simla Accord clearly recognizes it as a bilateral project: “a final settlement of Jammu and Kashmir” is an objective of diplomatic policy, according to Section 6 of the agreement.

Much has happened since the 1972 pact, but the Simla Agreement remains an overarching framework that binds both states.

In the recent decade and a half, terrorism has emerged as a key concern. India has a strong case about militants either linked to Pakistan or based there.

But Pakistan is also concerned about Samjhauta Express that killed 68 (including 42 Pakistani nationals); and the covert support given to Baloch insurgents. In recent years, there is also an allegation of Indian links with those who support the anti-Pakistan factions of Taliban operating from Afghanistan.

The sifting of fact from fiction can only come if both sides were to place evidence before each other and talk like mature states.

But that is not happening anytime soon. Mr Modi and his large support base – from the right wing Hindu extremists to the upwardly mobile middle classes – consider that India’s rise on the global stage will ensure that Pakistan is sidelined and ultimately cowed down.

In fact, one commentator had suggested that India should just focus on economic growth, and thereafter Pakistan will be relegated to the margins.

Mr Modi did pursue the ‘isolate-Pakistan’ line in the context of SAARC and his recent visit to UAE. But this grand nationalist posture has two fundamental problems:

First, the world, including India’s ally Russia and the United States, are not walking away from Pakistan. Second, within South Asia, isolating Pakistan is not going to work out.

These fundamental flaws of a policy – necessitated by domestic appeasement of the Hindu Right – confound the task of securing normalization in the region.

In Pakistan, Nawaz Sharif is considerably weakened by last year’s turmoil and does not have the political capital to fix things.

Even though most of the political class backs his idea of securing peace, Sharif cannot bypass the military. He can move ahead only if Kashmir is visible on the dialogue horizon.

Within Pakistan, there is broad support for Hurriyat. So Sharif cannot afford to alienate anybody, given his dwindling political stock and a belligerent opposition in the form of Imran Khan who would be quick to allege a ‘sell-out’. (Even Musharraf had to pander to this imperative despite his strong signal to Geelani).

Modi’s 56-inch nationalism actually strengthens all those in Pakistan who prefer status quo and seek no change in the conflict matrix.

These domestic compulsions and the need to appear holier-than-thou, however, leave the region in a royal mess. There seems to be a breakdown of earlier confidence-building measures.

Wanton firing by both sides has become a norm, often killing civilians. Trade talks are stalled. Low-hanging fruits such as Siachen and Sir Creek have disappeared.

In effect, the architecture of bilateral peace process via the ‘composite dialogue’ process has crumbled, leaving behind a worrying vacuum. This space is now filled by cacophony by the media, which likes to sell conflict rather than peace.

The recent years have seen a rise in disasters across the South Asian region. Climate change is a reality that needs a regional response.

Jingoistic passions will not help the region prepare and adapt for climate change. South Asia’s vulnerability to these and future disasters is profound, principally for reasons of population and poverty.

Poorer households in India, Pakistan and Bangladesh are the most vulnerable to weather-related shocks. Extreme heat is already upsetting agricultural seasons.

The United Nation’s Intergovernmental Panel on Climate Change has warned that South Asia will have the “largest numbers of food-insecure people” by the middle of this century.

Instead of thinking about melting glaciers, the two immature states are fighting over Siachen and spending billions that could be diverted to protect their people.

To meet these challenges, greater economic integration is required and so is a joint plan to mitigate disasters.

Add to this the impending water shortage as predicted by experts, and the future scenario seems extremely troubling for large swathes of population in India and Pakistan.

In the short term, chances of bilateral dialogue are dim. The constituencies of power on both sides want low-grade conflict to continue. But that would extract a heavy cost in the long term for the people of this region.

Once again, it is up to the citizen activists and groups on both sides to seize the moment and drum some sense into the respective governments to find a way forward.

India needs to understand that it cannot wish away Pakistan in the regional power dynamics; and Pakistan has to recognize that the world has little patience with militancy as a policy tools.

China and Taiwan are sworn enemies. In 2009, the