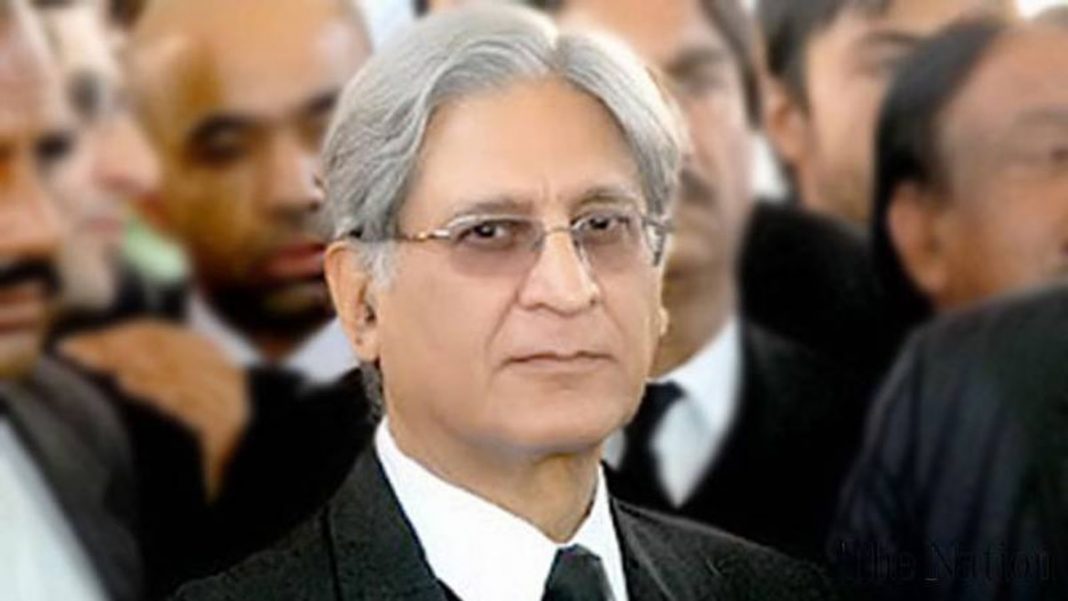 My article that appeared in Dawn. here.

THE enthusiasts for the long march towards Islamabad are justifiably feeling let down by the grand posturing, thundering rhetoric and the subsequent retreat from agitation outside the dreary citadels of power in Islamabad’s dark heart.

A Bastille, which was not meant to be? Interpretations abound and explanations are flowing in from the motley groups who ventured to change the contours of state-society relations. The lawyers movement is profoundly significant. It constitutes the finest historical moment in our troubled history. However, many observers have hinted at its limitations and the problematic phase that the movement has now entered.

Unlike China, Pakistan’s long marches have been nefarious for their results. Orchestrated by political and non-political actors to undermine the democratic process, we are well aware of this stratagem. This time it was different, complex and refreshingly path-breaking alas with similar results: pressurise the beleaguered PPP government still trying to find the proverbial power-ground beneath its truncated legs. In that sense, the march was a roaring success. From the sloganeering against the much maligned Asif Zardari, to de-legitimising three decades of PPP’s valiant struggle against dictatorship culminating in the assassination of Benazir Bhutto.

Irony, that all is now a forgotten snippet of history. What is indeed more pressing, as we are told time and again, are the sacrifices made by the honourable judges. Indeed they have altered the parameters of the state and perhaps buried the subordination of the judiciary to the all powerful executive. Well, one may ask what about Asif Zardari and his eleven and a half years in jail without a single conviction? Therefore the vilification of Zardari by anti-Musharraf sections of the media and by the historical long march is symbolic. It is a testament to the deep-seated middle class trend of demonising politicians and party politics that are prerequisites for democracy and means to establish the rule of law.

The opportunism of individuals and groups jumping onto the lawyers bandwagon is also alarming. It is most convenient to have been all-powerful army chiefs, heads of the ISI and former honchos of the civilian bureaucratic monolith and once the party is over, re-christen yourself as firebrand democrats. The patriotic Hameed Guls, Aslam Begs and Faiz Ali Chishtis and the neo-constitutionalist Roedad Khans and right-wing ambassadors (who slept while Afghans were killed for strategic depth), must be questioned by the anti-Musharraf movement for it was their historical culpability that undermined civilian governance. Is it not important that circumspection be exercised while letting them be the spokespersons of the new vanguard? If Zardari has to be isolated then these dubious characters must also be questioned.

Perhaps the most worrisome aspect is the activism of Jamaat-i-Islami (JI). Qazi Hussain Ahmed’s touted apology to the nation was just another political ruse. For most of Musharraf’s reign, JI supported army rule and participated in power-games such as the legitimisation of the seventeenth amendment. The PPP’s constitutional package enunciating amendments to restore the federal and democratic character of the polity is now being trounced by JI! This is cynical hypocrisy. History has still many questions for the JI: from the nefarious role in supporting army action against civilians in former East Pakistan to the jihad games of the 1980s and legitimation of another dictator, Zia ul Haq, whose shadows refuse to leave us. Another guest star of this movement, the fearless jirga-loving Imran Khan was also campaigning for the dubious referendum of 2002. It is still intriguing as to how jirgas fit in the rule of law paradigm?

The Jamaat and Imran Khan are deciding what the election results were. Their temerity in doing so goes unnoticed after terming the February election a farce they refer to the results ad nauseum. Paradoxically, they are rocking the system that has resumed almost after a decade?

Today, Aitzaz Ahsan stands out among the politicians for his oratory and sense of history. It pains to see him dabble into these alliances with groups not known for their principles. Ahsan is a dyed-in-the-wool secular democrat; and is aware of the cul-de-sac where the movement might end i.e. pushing the people’s verdict into the right-wing of Pakistani political spectrum well known for its closeness to the national security state.

Nawaz Sharif might have learnt his lessons in history a la Pakistan style. He has to be wary of the born-again democrats; and may wish to revisit the public statements of these ex-servicemen cohorts, Imran Khan and JI after he was overthrown despite the two-thirds majority. Rationalising civil-military relations therefore should be a foremost priority given that Sharif is eyeing Islamabad in the next election. This can only be achieved through strengthening the democratic process. Unfortunately there is no alternative.

The puritanism of the lawyers movement and pitching it against the civilian government is unwittingly making things easier for the invisible hand in Pakistan’s political marketplace. The establishment (that does not include Mr Zardari and his transient sojourn in the corridors of power) could not have it better. The crumbling of the PPP-PML coalition, the continuation of a distorted constitution and resumption of 1990s political polarisation is the best formula for business as usual. Hence for any rule of law movement, the stakes are bigger than the individuals that the movement is targeting.

Thus the need for a shift in the strategic focus of the movement arises. What is wrong with a refined constitutional amendment if it is backed by parties and the lawyers movement? Once enacted, Musharraf’s exit will be certain. This would be an unravelling of the authoritarian insertions and triumph of the legal and democratic system. Justice is not restricted to benches with men of conscience; it also denotes the redistribution of power. Not just between the pillars of the state but also to the disempowered through political representation and electoral accountability.

The other, oft-repeated rhetoric is the route of confrontation. Many had hoped that the thousands in Islamabad would carry out a dharna. But that did not happen ostensibly for lack of resources. Or is it that the guest stars of the movement are not willing to take on the state? Bourgeois movements rarely lead to street battles. The right could very well be fishing in troubled waters with the tacit support of the faceless power-centres. The route of constitutional process and parliamentary sovereignty can still be considered over the unclear, dangerous path of confrontation.

Discussion on Maulan Fazal-Ur-Rehman’s long march. What the consequences will