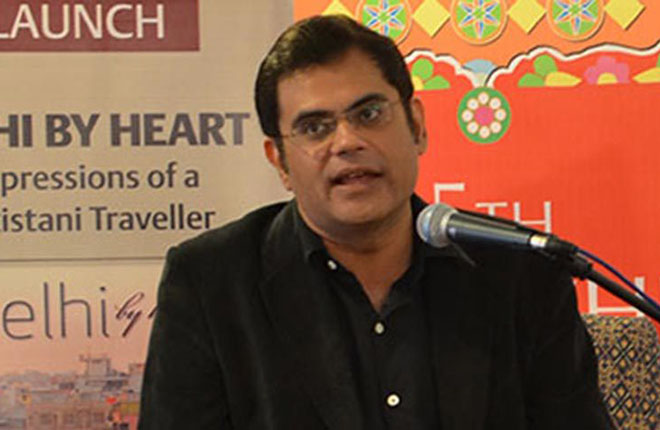 Following the recent events in Paris, Europe has had to face its own fear and vulnerability. Europe’s own identity has been called into question, more importantly, so has its commitment to shaping an open and tolerant society. Above all, the attacks are putting a strain on relations with Islam, a religion that is becoming increasingly associated with terrorism and other forms of extremism.

Is Islam compatible with democratic values? To what extent is terrorism affecting Islam’s evolution?
These are some of the issues debated with Raza Ahmad Rumi, a leading voice in Pakistan against extremism and human rights violations. In March 2014, he survived an assassination attempt in which his driver lost his life. Within weeks, he left Pakistan and has since been working with the New America Foundation and the United States Institute of Peace.

The attacks carried out in Paris have reinforced, amongst large sectors of the Western population, the idea that Islam is incompatible with the traditional values of democracy. What’s your view on this?

“In recent times the gap between those practicing the Islamic faith and liberal Europe has never been as wide as it is currently. Muslims feel alienated within the value system of Europe, but they also want to reap the benefits and the opportunities provided by the European democracies and economies. Europeans, while welcoming Muslims into their homeland, always expected them to follow their laws while practicing the Muslim faith. However, the recent attacks in Paris have jolted the Europeans and have triggered a new debate about the nature and future of relations between Muslims and Liberal Europe. There is a need for open dialogue between Muslims and liberal Europe in order to determine the future shape of Western society and Muslims’ roles within it. However, more importantly the Muslims need to take an introspective look at themselves and take responsibility for allowing hardliners to preach radical messages, from minority schools of thought such as the Salafi and Hanbali, which justify violence”.

Do you agree with the decision by the editors of Charlie Hebdo to publish new cartoons about the Prophet Mohammed?

“While I am all for freedom of expression and free speech, I think that the editors of Charlie Hebdo should have been more sensitive to the recent events. For example, they could have published new cartoons after a few weeks, thus allowing the tense situation to dissipate. On many occasions Western newspapers, including the NYT, have withheld/delayed reporting of news stories upon the request of US governments in order to protect ongoing operations and to protect the identities of US government personnel. The editors of Charlie Hebdo could have used similar editorial discretion concerning the appropriate time to publish”.

You know very well what it means to risk your life to express your opinion freely. What does it mean to be a journalist in a country like Pakistan? Did you feel protected by the authorities?

“In Pakistan, being a journalist means that you are on your own. If you intend to report on subjects related to security and sensitive political matters, then the authorities simply turn a blind eye towards your security. The Pakistani authorities have shown their inability to protect journalists, while media owners have displayed criminal negligence concerning the protection of the lives of their journalists. A large number of Pakistani journalists exercise self-imposed censorship and most remain on the right side of the security establishment, while many also appease militants”.

After the attack in Peshawar, in which about 150 people lost their lives (most of them children), the Pakistani civil authorities have abdicated significant power to the military. How much do you think this will affect the democratic progress made since 2008?

“This has severely undermined the gains made in the last 6 years. Once again, the military has been in the driving seat and is conducting foreign policy, inter-departmental coordination on security matters and directing the war against militants and insurgents. The military has pressurized the political parties into accepting its demands to establish military courts with sweeping powers. Civilian government is only facing the ire of the population because it is unable to turn around the national economy due to the volatile security situation, while the military is consolidating its position in the eyes of the public due to its action against the terrorists. Thus, the process started in 2008 towards a democratic dispensation is being undermined”.

Pakistan is one of the countries that has suffered the most from religious extremism. Yet, the country does not seem unanimous in fighting it. Why?

“Pakistani people are still not clear on who their enemy is. A large segment of the society has become radicalized over the last decades and considers America and other foreign forces as enemies responsible for the wave of terrorism in the country. The radicalized majority does not even believe that this is Pakistan’s war. They think that Pakistanis are suffering because we are fighting America’s war. Meanwhile, the military establishment has used religion and religiously motivated militia to further its strategic interests in the region. This has also complicated the debate, and deepened the militancy in the country. However, a small section in the country thinks that this is Pakistan’s war and that the state needs to reverse its policy of advancing security interests via religious extremists, as these extremist forces seek to take over the country and impose Sharia law”.

In recent decades, Islam has been used more and more by both governments and terrorist groups in order to legitimize their own conduct. How much is this affecting the evolution of Islam?

“The violent use of Islam by both state and non-state groups has made Islam a political tool, not a pure religious tradition. This undermines the evolution of Islam as a religion, and now a majority in the world thinks of Islam in the same league as Nazi/communist ideology. This has impacted on the conduct of Muslims and the calls for reform of religious scholarship. This has also hardened the outlook of Muslims towards the outside world, thus in turn, affecting what Islam means to the vast majority of Muslims”.

Defined in psychological terms, a fanatic is a man who consciously overcompensates a secret doubt. How much does this quote by Aldous Huxley apply to Islamic zealotry today?

“Islamic zealotry is rooted in the beliefs of those who practice an extremist/radical interpretation of the religion. They do not possess doubts. Neither, in their own thinking do they harbor any secret doubts. They are absolutely certain of their course of action, worldview, the meaning of their actions, and the consequences of their choices. They are fanatics who overcompensate a secret belief, not a doubt. They believe that only they are right and they are absolutely certain of their belief”.

Author’s note. I would say that’s what makes them so dangerous and an unprecedented challenge for our society. A threat that must be handled carefully imposes the need for a closer and more sincere cooperation with the Muslim world, which has never looked as divided as it does today: divisions that the West should not try to deepen, but rather mediate and resolve, using all the tools at their disposal. First of all, the negotiations with Iran, the success of which would perhaps open a new phase. However, that’s another story.

*Raza Ahmad Rumi is a Pakistani policy analyst, journalist and author. With solid policy experience through his work for the Government of Pakistan and the Asian Development Bank, Raza started out in journalism in 2008. Since then, he has been editor of The Friday Times, Pakistan’s foremost liberal weekly paper. He has also worked in broadcast media as a leading commentator and hosted talk shows at Capital TV and Express News. Rumi was Director at Jinnah Institute, a public policy think tank and Executive Director of Justice Network – a coalition of NGOs. As a freelance policy professional he has been advising international development organizations, governments and NGOs; and heads NAPSIPAG – a regional network on governance. Rumi’s writings are archived at www.razarumi.com. His recent book ‘Delhi by Heart’ was published by Harper Collins (2013). Raza has also written several papers on governance, security, justice, arts and culture.

Digital media can be an opportunity for civic engagement by