I wrote a piece on Urdu poet Mustafa Zaidi six years ago. Since then I have received immense feedback. Zaidi’s relatives, friends and admirers across the globe have contacted me and provided documents, information and related anecdotes. It is all turning into a book of sorts that hopefully will be written one day.

I had mentioned in my post that the cause of Zaidi’s death was shrouded in mystery while most believed that he committed suicide. As I have learnt, the circumstances of his death suggest otherwise. News reports and eyewitness accounts point to the absurdity of the claim that he died in a hotel as family members claim that he was found dead in his own home. Thanks to Zaidi’s ardent fan Abeer Zaidi, I have come to know of more precise facts. I remain grateful for that.

Zaidi, at his time of death had produced several outstanding, original collections of poetry. He was married to a woman of German descent and had two children but his last companion was a woman named Shehnaz, the love of his life. His last five poems titled â€˜Shehnaz’ Â immortalised her. That October day in 1970, Shehnaz was found unconscious along with Zaidiâ€™s dead body.

Following are the circumstances of his demise and the lack of evidence to support the commonly held view that he committed suicide: 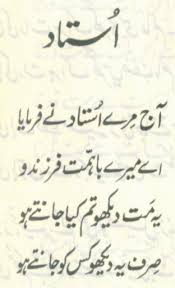 On March 20, 1971, under the headline ‘Evidence of Zaidi’s nephew recorded’, the newspaper Dawn reported: “Mr. Shahid Raza, nephew of the former CPS officer and well known poet Mr. S.M. Zaidi yesterday said that there were signs of a struggle having taken place in the room in which his uncle’s body was discovered last October 12. He was testifying in the Court of the District Magistrate, Mr. Kunwar Idris, in the committal trial of Mrs. Shehnaz Saleem, Wife of Mr. Saleem Khan, who is charged with the murder of Mustafa Zaidi.”

The report goes on to say that Mr Raza entered his uncles house with police official and a maternal uncle the morning after his death and found the body lying on the bed. The receiver of the phone was dangling off the hook and the cord stretched across his body. There were stains of blood on his back as well as on the bed sheet and furniture. The room was scattered and a sofa was overturned.

The writer Laurel Steel has mentioned this report in her book, ‘Relocating the Post-Colonial Self’ and has also published some letters written by Zaidi to his wife in Germany to help him get a visa to join his family in Germany. Additionally Steel also mentions that on the day of his death he rose at 8 am and washed his car. Later in the day he received visitors including Shehnaz Gul and afterwards told his servant to go home to return the next morning. The question this must be asked, can this demeanor be that of a man bent on committing suicide in hotel room?

Decades later, this case is still an enigma and has left many of those who appreciated his life and work in denial and doubt.

To read my earlier article which was published in The Friday Times in 2005, please click here.

P.S. This post also addresses the issue raised by Kidvai saheb here. Many thanks for his appreciation of my earlier piece.

62 thoughts on “More on the Urdu poet Mustafa Zaidi”