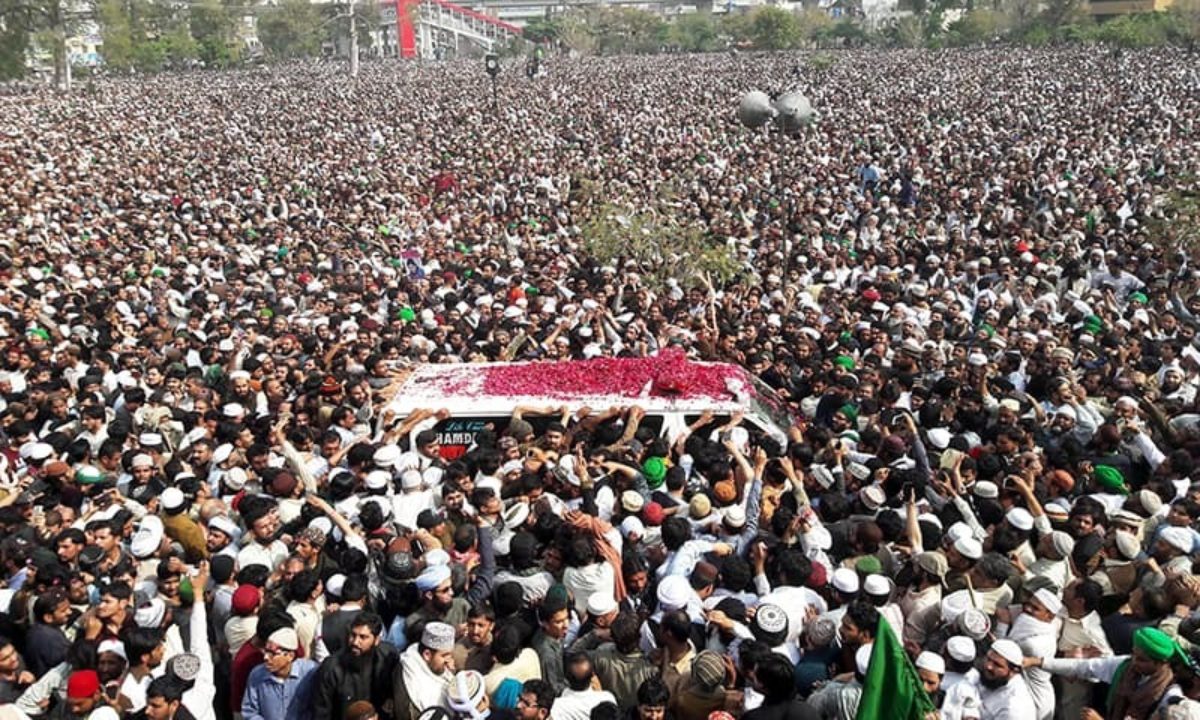 Even by Pakistan warped standards, recent turmoil in the country is extraordinary. On Sunday, a suicide bombing in a public park in Lahore killed more than 70 people and injured at least 300. Most were women and children. A Taliban splinter group that treats non-Muslims as inferior claimed the Lahore attack was an assault on Pakistan small and marginalized Christian community, taking advantage of the tradition of celebrating religious festivals in public spaces.

While Lahore was still grappling with the immense tragedy, a rally in Islamabad turned violent. Thousands of demonstrators had turned out to protest the execution of Mumtaz Qadri, a former policeman who murdered a governor who had dared to criticize Pakistan draconian blasphemy laws.

The demonstration was organized by groups that follow relatively peaceful branches of Islam in South Asia. The protestors burned vehicles and reached the Parliament building in a high security zone. Their demands  other than declaring the executed policeman an official martyr include the imposition of an Islamic system in Pakistan.

Military action and executions are no substitute for structural reforms of schools and seminaries that breed intolerance.

Together, these events represent many of the various shades of religious extremism found in Pakistan. From the country inception, disparate groups have continually contested Pakistan identity. The founder of the country, Muhammad Ali Jinnah, mobilized Indian Muslims using religion as a marker of a distinct identity. When the idea of a Muslim homeland became reality, Jinnah quickly declared the need for religious tolerance. But he died soon after, and his successors both civil and military exploited religious imagination as a useful political lever to both maximize power and also build a new nation composed of diverse ethnicities and linguistic groups.

The slide continued as the country acquiesced more space to religious extremists. Over the decades, Sunni clerics, representing the majority, pushed the state to adopt numerous laws and constitutional provisions that are semi-theocratic in nature. For instance, a non-Muslim cannot be the head of the state in Pakistan (and many other majority-Muslim countries).

Pakistan mullahs have continued to grow in power because they play a useful role for the security establishment as a check on the democratic system. During the Afghan jihad project in the 1980s, scores of militias were trained in Pakistan with U.S. and Saudi assistance. These jihadists had a Salafi-Wahhabi worldview and expanded their power through a network of religious seminaries, which became a training ground for ideologues and foot soldiers. In the post-9/11 regional mayhem, these militias found a natural ally in the transnational ideology propagated by al Qaeda.

The Pakistani Taliban wreaked havoc in the country, killing more than 50,000 civilians and security personnel since the early 2000s. Pakistan dithered largely due to a fear of India influence in Afghanistan. Then, in 2014, the current military leadership entered North Waziristan and launched a major offensive. Since then, territory has been reclaimed and the overall incidence of terrorism has declined.

But some segments of the militant infrastructure are intact such as militias that aim to liberate the Indian-held Kashmir, a disputed territory between India and Pakistan, and support systems for the Afghan Taliban.

In the wake of December 2014 massacre of young children in a Peshawar army school, the government announced a more forceful action plan to combat terrorism. It has been implemented in spurts, and there have been countrywide raids on militant outfits, as well as prosecutions of clerics for hate speech. Almost 300 executions have also taken place. But a key element of the action plan the regulation of religious seminaries remains largely unimplemented.

Such is the level of governance deficit that no one knows how many seminaries there are. Estimates suggest that there are around 30,000 to 40,000 religious schools in Pakistan. Many cater to poor students and fill in the void of limited public education, but a good number act as the lifeline for Pakistan militant infrastructure.

Pakistan large youth population (55 percent of the population is below the age of 25) and the hazards of continued insecurity have impacted public opinion. The current prime minister, sensing the mood, has been talking about moderation and liberalizing of the country. A few legislative changes such as a bill against domestic violence were also pushed out, inviting the wrath of mullahs.

A key element of the action plan the regulation of religious seminaries remains largely unimplemented.

The decision to execute Mumtaz Qadri was much more dramatic. It signaled that the state was not going to cower before religious extremists.

A key lesson for the country elites is that short-term military action and executions, important as they are, are no substitute for structural reforms, especially of school curricula and religious institutions that breed intolerance and Islamic nationalism. Reforms are also needed in the criminal justice system and to improve the citizenship status in tribal regions where laws from the British era are still in effect.

Following the ghastly attack in Lahore, the military has announced a full-scale operation in the country largest province of Punjab, which supposedly hosts militant hideouts. In the short term, it may reduce the likelihood of terror attacks. But that may not be enough.

The prime minister has announced not for the first time that his government will not distinguish between good and bad militants. To secure Pakistan, private militias of all hues have to be tackled with carefully designed deradicalization and reintegration programs. Without these vital measures, violent extremism will resurface in some form or another.

The Sialkot tragedy should be a wakeup call for the

That the Pakistani state has capitulated twice before religious extremists