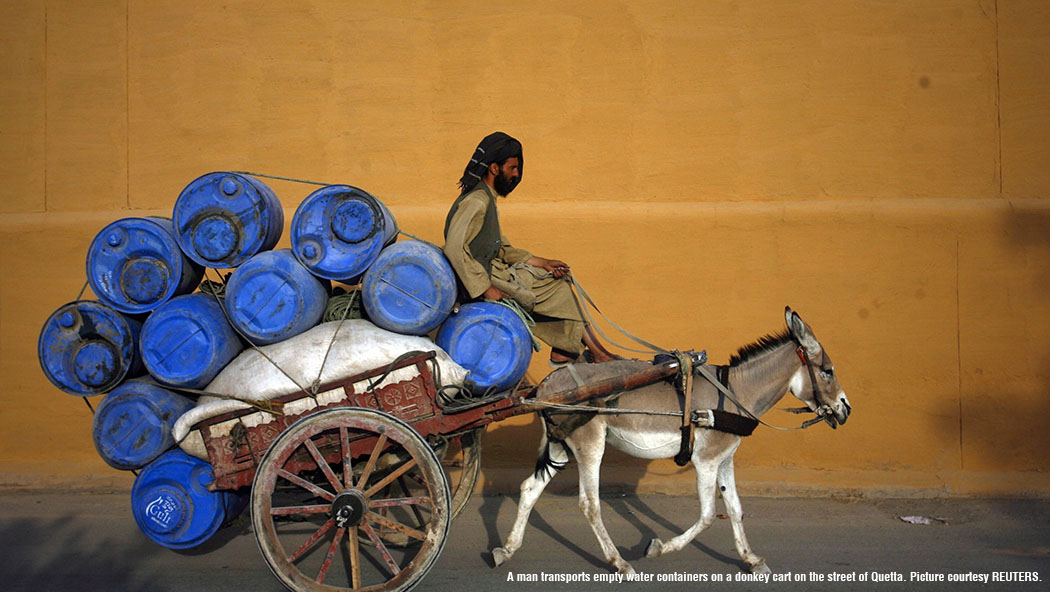 Raza Rumi cuts through the high decibel terrorism rhetoric to voice some ground realities of Pakistan, all this while braving attempts on his life.

A few months back, I had to leave my country simply to ensure that I would not be left dead. The price of public positions is hard. Perhaps I had ruffled too many feathers or was simply unlucky to have caught the attention of those who tried to kill me. I am trying to make sense of things that may have fallen apart for me. But have they? I keep trying at making sense of my country, the one I belong to and the one I love immensely.

Nuclear state. An Islamic Republic. A Failed state? Endless labels and categories have been accorded to what Pakistan represents today to the world at large. Some facts speak for themselves but perceptions are deceptive as they start morphing into realities. Pakistan is also a resilient country and inspires me to fight the odds, the demons that have to be defeated and the endless list of things that need to be done.

Contrary to what most diagnose, Pakistan trajectory was not inevitable. The country founder, almost a demonic figure in India, attempted to set a direction in his August 11 speech by recognising that religion could mobilise people and politics but cannot be an instrument for governance. We are starting with this fundamental principle, said Jinnah, that we are all citizens and equal citizens of one State. The famous words followed: in course of time Hindus would cease to be Hindus and Muslims would cease to be Muslims, not in the religious sense, because that is the personal faith of each individual, but in the political sense as citizens of the State. Critics say it was too late. Others think this was the only way to shape statecraft when a new state had come into being. Perhaps all of this is irrelevant now. Sixty seven years later, Pakistan is hardly the country it was geographically or otherwise in 1947.

A few months ago, a bureaucrat and noted Urdu columnist said Jinnah never made such a speech and there was no evidence of its existence. There was a major controversy and many of us lamented how history continues to be distorted. But it might be instructive to remember that a bureaucrat tried censoring that historic speech. A press advice was issued, reportedly, that papers should not quote the secular remarks as they might jeopardize the case for a new state. Not much has changed since then. And this is where the problem lies. Not just in Pakistan. Across the region wherever in postcolonial states, unaccountable servants of the state continue to define public good, measures of patriotism and that ephemeral, rhetorical national interest.

The singular failure of Pakistan successive rulers  civil- military and hybrid  has been to continue with the steel frame of the Raj. At the epicentre of this arrangement was the military. Scholars have used many frameworks to define the Pakistani State. Terms like Pretorian, garrison state, deep state are common ways to describe the country, its ethos and centres of power. All of these labels apply in their own limited ways but the bottomline is that the relationship between the citizen and the state is a troubled one. In fact it has broken down.

Not unlike the rest of South Asia, Pakistan is in desperate need for reform. Its archaic laws, regulations drafted by the colonialists need to change. And above all, the mighty civil-military bureaucracy must be answerable to people. But this reform is equally important for the political parties, the electoral system, the functioning of the Parliament and other democratic institutions. This is why there is a large number of Pakistanis disillusioned by an imperfect, extractive democracy where a club of regional, tribal and business elites run the show.

The other day I was asked by a researcher on the sources of instability in Pakistan. The curse of geography and history both came to mind. Geopolitics and fears of the neighbourhood drives a security state; and the security state needs a well-oiled, powerful military machine that has to be in the driving seat lest the corrupt and incompetent politicians take over. These are views not restricted to Pakistan. In Bangladesh and India similar views can be heard from the affluent and the educated  who form, lobby and negotiate for their share in governance. But Pakistan will have to undo its past  the legacy of unaccountable, authoritarian regimes to cater to its restive population.

Unofficial estimates suggest that the country is now inhabited by over 200 million people. It is also a young country where the overwhelming majority of population is below the age of thirty. Each year, millions of jobs and livelihoods need to be generated. The informal economy is as big as the formal if not larger; and it keeps the country going. Pakistanis abroad send huge amounts of foreign exchange to their families that in large measure feed the consumerism apparent in many cities and towns. So the official estimates and numbers may present an inaccurate and alarming picture. This is the paradox and makes it difficult to understand the burgeoning, vibrant polity.

Overemphasis on global and regional security, war and the intelligence apparatus has dehumanized the imagination of Pakistan. The few thousand militants, lethal that they are, are often mistaken for the millions who want to earn a livelihood and lead a regular life. A carefully constructed religio-nationalist ideology employing xenophobia and paranoia  strangulates the potential of Pakistan. Sadly, it has also been popularized by mainstream political parties that are products as well as perpetrators of an ideological mindset.

What is this ideology after all? In its bid for nation-building, the civil-military bureaucracy complex the one audacious enough to censor Jinnah used Islamic nationalism as a tool for unity and termed all divergent views and dissent as unpatriotic. That design is now a reality. The education system, mainstream media and the popular literature all peddle the path that a small group of men chose for the country. Even the Raj chronicler Philip Mason account of men who ruled India would appear boring compared to the men who ruled post-1947 Pakistan.

The surprising part  again a paradox is that despite the massive social and cultural engineering through the decades, the Pakistani spirit refuses to digest this ideological diet. Dissenters, traitors and blasphemers abound. A friend of mine  Muhammad Shoaib Adil has been editing and publishing a liberal monthly in Urdu called Naya Zamana (or The New Age) for the past fourteen years. It is a separate matter that he is being chased by the zelaots who want him to be booked for blasphemy.

Naya Zamana has taken bold positions on religion, ideology while the country was being Talibanised. Adil is under threat and has gone underground. I am worried for him but also proud that his work in the vernacular must have rattled the bigots. More and more young Pakistani women wear the Arab styled hijab to cover their heads. Yet, many of them are out in the public spaces and finding jobs. The Taliban and their affiliates have attacked CD shops and attacked traditional musicians and singers. At the same time, Pakistan is undergoing a mega music revolution largely driven by the creative impulse of its young men and women. More Pakistanis are writing in English when the education standards have fallen and public universities are decaying. Wait, there are private universities all across the country and not all are unaffordable. It has been estimated that nearly half the children in the Punjab province (largest with a population over 100 million) attend private schools.

The contradictions of contemporary Pakistan are mind-boggling and defy straitjacketed definitions. While it continues to bleed for some time, a new country is being formed beyond the headlines, the power corridors and the narrow glare of the media. What could be more telling than the simple fact that despite India-aversion as a pillar of Pakistan faith, the majority wants trade and normalisation. And its conservative, largest party  a political product of the military engineering of 1980s is the most notable voice for mending fences with the other, the arch rival. This is why the India-hating non state groups are even more desperate for spotlight. The mainstream Pakistan wants to move on. This struggle between the old and the new, the doctored and the desi is what will define the country future.

In the meantime, both of us are likely to survive.