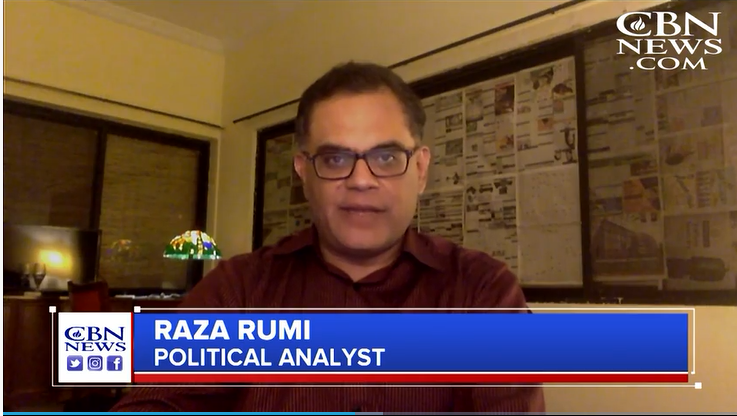 A suicide bomber killed dozens of people in Quetta, Pakistan on Wednesday as voters headed to the polls for the general election. The attack comes after 149 people were killed in a suicide bombing during an election rally earlier this month.

Radical Islamic terrorism is just one reason the country’s religious minorities are hoping for better representation, but Pakistan’s Christians feel left out of the process.

Tens of millions of registered voters in the majority-Islamic nation of Pakistan were voting on Wednesday in the historic national elections. It is only the second time in this South Asian nation’s 70-year history that power is being transferred from one civilian government to another. The first was in 2013.

A record number of 11,855 candidates are vying for 892 seats in Pakistan’s national assembly and parliament. More than a hundred political parties are taking part as voters hope to elect a new prime minister and political party to lead the world’s second-largest Muslim nation.

Of the thousands of candidates vying for seats in hundreds of local and national races, not a single Christian candidate is running.

“Pakistani Christians matter least in social, political and economic matters of the country,” said Asif Aqeel, a Pakistani journalist and advocate for the rights of religious minorities. “Especially in these elections, there’s not a single Christian, of any party, who has been given a ticket to contest at the national or local level,” Aqeel told CBN News from Lahore.

“They have no representation whatsoever and therefore this has given them a sense that they’ve been left out of the system and have no voice,” Aqeel told CBN News.

One of the biggest concerns for Christians has been the unprecedented number of Islamic extremists and sectarian groups vying for political influence.

Some of the candidates have campaigned on promises to enforce Pakistan’s controversial blasphemy law, while others have called for implementing stricter Islamic laws.

“This election is quiet peculiar in the sense that three ultra-right groups are contesting elections and all three are from different sectarian backgrounds, and of course, their views are extreme {and} their rhetoric is very hardline,” Raza Ahmad Rumi, a political analyst and visiting scholar at Cornell University told CBN News.

One of the most prominent individuals on the campaign trail is Hafiz Mohammed Saeed, the accused mastermind behind the 2008 Mumbai terrorist attacks. The United Nations declared him a terrorist and the US has a $10 million bounty for him.

At a recent campaign rally in Faisalabad, Hafiz Mohammad Saeed made it clear to the crowd his view of Christians and Jews.

“Our war against Crusaders, Hindus, and Jews will continue, they are all infidels,” Saeed declared during his speech. “America says about us, ‘don’t let them get into mainstream politics, don’t let them run in elections’. America understands that if we are in politics, the door to its intervention will be shut down.”

According to a I.A Rehman, a leading human rights activist, Pakistan is becoming “more and more intolerant of minority rights” and is urging election authorities to ensure that rights of minority voters are protected.

“We hope that the authorities will make sufficient arrangements to help them to cast their votes,” Rehma, a founding member of the Independent Human Rights Commission of Pakistan said. “Otherwise you know the situation is not so good.”

Alyssa Ayres, a senior fellow at the Council on Foreign Relations (CRF), said “allegations of pre-poll rigging, press intimidation, and the mainstreaming of militant groups are all cause for concern” as an estimated 106 million registered voters head to the polls this week.

“Instead of prospectively celebrating the second peaceful transition of power from one civilian government to another—which in the case of Pakistan is an important marker indeed—the general mood among observers appears to be one of great concern,” Ayers wrote in a blog post for CRF.

While radical Islamists have traditionally not done well in elections, Christians, along with secular and liberal Pakistanis, fear the participation of these many extremist groups could lead to the further radicalization and mainstreaming of terrorists in this highly conservative Muslim nation.

“What is most worrying is that the institutions that have the legal and constitutional powers to block these elements’ entry into electoral politics are looking the other way,” the editorial board of Dawn, a prominent newspaper in Pakistan, stated on Monday. “Extremist elements who forsake the way of the gun, eschew the path of religious and sectarian hatred and respect democratic norms have a right to become part of the electoral process.”

“However, in the aforementioned cases, there is little evidence that any of these individuals and organizations have renounced the politics of hate and violence,” the paper added. “This puts a question mark over the state’s counterterrorism strategy.”

Professor Rumi told CBN News that there are two schools of thought on allowing these radical Islamic candidates and sectarian groups to participate in Pakistan’s political process:

“There is one school of thought here, which supports this mainstreaming exercise, because they feel that to re-integrate some of these Islamist, or ultra-extremist groups, back into the electoral {process} may democratize them and neutralize them,” Rumi told CBN News from Islamabad. “But there is another school of thought which says that until you de-mobilize such characters and make sure that they do not support any kind of violence, this is a dangerous sign and exercise for the future of democracy.”

Pakistan is home to about 210 million people, the majority of whom are Muslim. About five percent of the population is made up of Hindus, Christians, Sikhs, Ahmadis, Buddhists and Baha’is. Christian number about four million, and they are often targets of numerous Islamic attacks.

Yet, Aqeel said: “Christians have half as many seats due to the Hindu minority’s longstanding involvement in politics and greater share of wealth and connections to political parties.”

“Interestingly, Hindus and Christians, who are the biggest minorities in Pakistan and are almost of equal size, despite this fact, it is the Hindus who dominate politics and not the Christians,” he added.

Ten of the 342 seats in Parliament are reserved for religious minorities and will be awarded pending the election’s outcome on Wednesday.

In the meantime, keeping the country safe ahead of the election is a big concern. Nearly 160 people were killed in a week when a suicide bomber hit a campaign rally in the southwestern part of the country. ISIS claimed responsibility for the attack.

“The recent wave of terrorist attacks has created an atmosphere of fear across the country, which doesn’t augur well for the elections,” Sohail Warraich, a political commentator based in Lahore, told the Washington Post. “It’s a serious challenge for our security forces to ensure peaceful and smooth elections.”

Still, Pakistan says it will deploy some 371,000 army, police and other security personnel at polling stations around the country on election day.