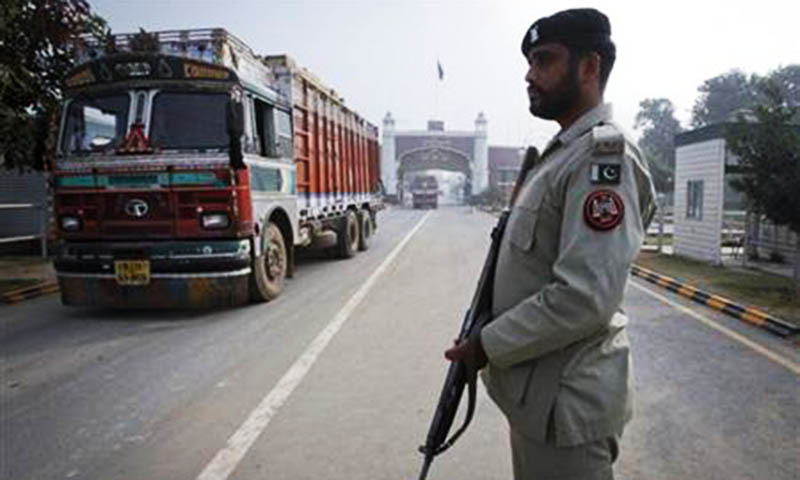 India will gain from freer mutual trade, but so will Pakistan

It seems that the PML-N government may well be set to achieve one of its key policy goals i.e. bolstering trade with India. During 2013, the process of normalization was scuttled by the untoward tensions on the Line of Control (LoC) and the situation was controlled in part by the meeting of DGMOs in December 2013. That was a welcome initiative led by Nawaz Sharif himself and reportedly some quarters were not all that pleased with such a putsch from the PM’s office.

For years, the right wing and fringe extremists have abused the term Most Favoured Nation (MFN) as some kind of a concession to India at the cost of national sovereignty. The political elites have resisted this narrative and Sharif happens to be the most consistent and clear advocate of trading with India. To bypass the constructed discourse on MFN the government is set to give India Non Discriminatory Market Access (NDMA) on a reciprocal basis which essentially implies sorting out some of the irrational barriers erected over the years to discourage and/or block trading with the enemy. The positive list of Pakistan comprises 8000 items, but only 1967 are importable from India while the negative list includes 1209 items. In 2012, federal cabinet approved abolishing this negative list.

The facts are simple: India gave Pakistan the MFN status in 1996 thereby undertaking that no Pakistan specific duties were imposed on Pakistani goods by India. We have yet to reciprocate, as the conventional view was that until the more thorny issues of Jammu & Kashmir, Siachen etc were resolved, trade with India could undermine our national interest. The previous coalition government started the dialogue and was successful in effecting a shift in the security-dominated approach to trade. By the end of 2012, trade figures jumped as more and more items were allowed to be traded from the maze of negative list of goods set by the commerce ministry.

We can’t remain hostage to the past

Since last two years, nearly 85% of the goods are already open for trade. Contrary to the scaremongers prediction, Pakistani markets are not flooded with Indian goods and the local industry has not been destroyed. If anything, and the current government realizes it, the free trade agreement with China has been more penetrative. Pakistani markets are flooded with Chinese products that are much cheaper. Yet our manufacturers have not gone out of business. In September 2012 the federal cabinet decided to transfer all importable items on positive list and open the Wagah-Attari route for maximum trade. The decision could not be implemented and the year 2013 was consumed by the political developments and the usual case of non state actors playing their game at the LoC.

Punjab’s Chief Minister Shahbaz Sharif undertook a major diplomatic effort last year and prepared the ground for renewed parleys on trade especially between the business lobbies. Composite dialogue remains suspended and it would be vital for that to ring-fence and insulate it from the usual security shocks. If the US and Soviet Union could continue talking at the height of Cold War, why can’t these two neighbours keep diplomatic channels of communication open?

During the visit of CM Punjab, India-Pakistan joint business council also proposed commencing of container trade via Wagah for 24 hours. Wagah is open for trade except for import of those items on the negative list. Pakistan has the required technology to scan containers and implementing this agreement would not be inimical to our security situation. If anything, it is going to boost economic growth in the short term. Both sides have agreed to enhance the number of gates at the border. The discussions of ministers in the recent months led to agreements on keeping Wagah border open 24Ã—7, initiating trade via containers and agreeing on the mutual NDMA.

Two notifications are expected soon, other things being equal: One that will abolish the negative list and another that may open Wagah for twenty-four hours with increased number of items crossing the border.

The estimates from Pakistan’s Commerce Ministry suggest that Pakistan is likely to gain $2.5 billion in short term and up to half a million new jobs. Its current exports are likely to treble. While the trade balance could skew in favour of India, the gains made by consumers and manufacturers (through cheaper raw materials) could offset this concern. The window of opportunity is there and if the Sharif administration uses it we could realize the tangible benefits within a short span of time.

Nawaz Sharif was elected on the promise of boosting economic growth, providing jobs and fixing the energy crisis. It is time for his cabinet not to be afraid of moving ahead. There is a political consensus in the country and those who oppose further expansion of trade with India overlook the imperatives of our economic situation. We don’t have to give up our principled positions on security issues nor stop negotiating them bilaterally. But we can’t remain hostage to the past.

Another conspiracy theory, that it is the Sharifs and their cronies who are pushing for trade for personal gain, makes no sense. Business lobbies Sharif or non-Sharif are backing the trade thaw and we have to set our priorities right. Instead of seeking bailouts and expensive loans from abroad why not think of a Pakistan that produces enough to export and is integrated into the regional and world economy. About time we grew out of the ideological framework that has stunted rational policy choices and has turned us into an impoverished, indebted national security state.