Vandalism in the name of development 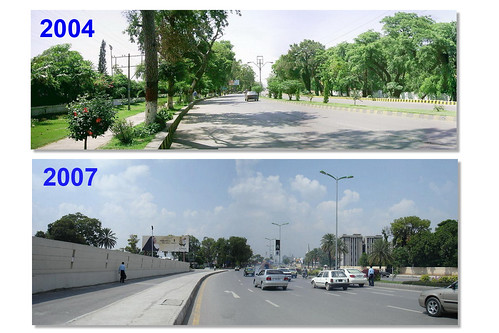 I was introduced to this photo taken by Khanpride by Jami Sirhandi.

His plea was to stand up to the ‘development mafia’ and stop this vandalism.

Across Pakistan, rampant and unplanned urbanisation is taking its toll on green spaces and the trees. As it is our forest cover has denuded to alarming proportions; and now we are creating urban wastelands of dubious impact in the name of development. 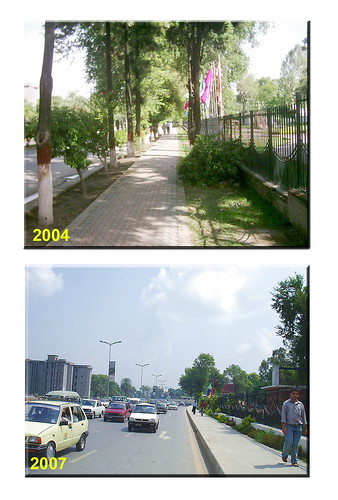 The image on the right, again shows how trees have vanished and there has been no re-plantation despite the usual lip-service that is paid on these occasions.

Saving trees is not just a romantic notion: it is vital to our future and involves the right of our next generations to survive on this planet.

Stand up and be counted, as they say…

0 thoughts on “Vandalism in the name of development”