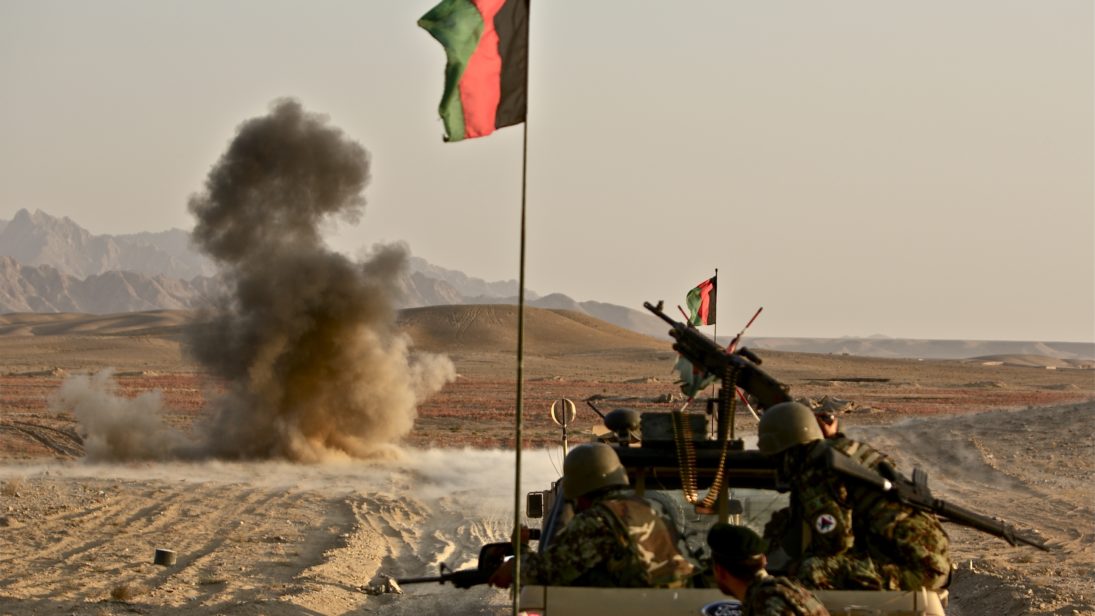 During his election campaign, President Trump had vowed to end the foreign wars and redirect the resources towards domestic needs such as infrastructure development. He seems to have reversed his position by announcing that more troops will be sent to win the war. In his speech, Trump was tough on Pakistan accusing it of providing havens to ‘terrorists’ who kill US soldiers. He also asked India, a rising South Asian power, for assistance in resolving the Afghanistan imbroglio. In essence, President Trump has introduced another layer of uncertainty in the Afghan conflict.

Fifteen years after Operation Enduring Freedom commenced, the Taliban in Afghanistan remain a formidable force and no solution of Afghanistan’s future can discount their role. The Afghan government — propped up by the US as part of its state building project — does not have control over nearly half the territory of the country. The Cost of Wars Project at Brown University has estimated that the US has spent nearly $5 trillion wars in Iraq, Afghanistan and Pakistan since 2001. Afghanistan alone has consumed $2 trillion. And this is a conservative estimate, as it does not include the cost of money borrowed or what will be spent on the veterans. Thousands of American soldiers have also died in this conflict.

The Cost of Wars Project at Brown University has estimated that the US has spent nearly $5 trillion wars in Iraq, Afghanistan and Pakistan since 2001

Aside from the rhetoric of enduring freedom and exporting democracy, the real issue here is how the war machine influences US foreign policy. No other country spends more on defense than the US; and the mainstream media has been a cheerleader if not a participant in these war ambitions.

Trump’s ‘strategy’ is hardly a new strategy. President Obama also employed his infamous surge in 2009, which did not yield any tangible results. It is easier to blame Pakistan for sabotaging the US goals than to admit that from the very start the notion of occupying, restructuring and democratising a complex country was not the best of ideas.

Pakistan has been a frontline ally of the United States since the 1950s. From Cold War to the anti-Soviet resistance in the 1980s to the war on terror, Pakistan has executed American foreign policy and security goals in exchange for billions of dollars in military and civilian assistance. In the case of Afghanistan, Pakistan’s security goals are not in sync with that of the US. The key reason for this is the rivalry with India. Pakistan fears that India may gain influence in Afghanistan and therefore it might be encircled by a hostile power on its eastern and western borders. For years, Pakistan has been tolerant, if not outright supportive, of the Afghan Taliban and Haqqani network. And this is the key cause for current fissures in Pak-US relations.

President Trump’s speech was not received well in Pakistan. Civilian and military leaders decided to commence an inter-agency review of Pakistan-US relationship, the Afghan war and Pakistan’s engagement with the Kabul government. The visit of Assistant Secretary of State was postponed at Pakistan’s request. An emergency Envoys Conference was convened by Foreign Office. Its recommendations have been sent to National Security Committee to formulate a new foreign and security policy.

A key reason for Pakistan’s defiance is the deepening of the country’s ties with China investing at least $55 billion in Pakistan as part of its One Belt One Road project. China and India — both growing economies with huge defense capabilities — are rivals for power in Asia. Many observers view the US strategic alliance with India as a counterweight to Chinese influence. Trump’s invitation for India to play a role in Afghanistan has irked Pakistan’s military. In fact, pitting the nuclear neighbours against each other spells escalation of conflict in South Asia.

The truth is that diplomatic engagement is needed at a time when there is no Special Representative of USG for Pakistan and Afghanistan. Hundreds of positions in State Department are lying vacant. Trump’s strategy is largely militaristic. While the US has officially stated that it wants to support a process of reconciliation between the Afghan government and the Taliban militia, it is unclear how this will happen given the increased war rhetoric. The silver lining is that American media have highlighted the pitfalls of Trump’s approach. This is not the time to send more soldiers but to wrap up a protracted war through diplomatic and political means.

Pakistan’s policy response should not be emotional as a hurt [soon to be former] ally. The US remains a key destination for our exports, a considerable source of remittances and there are hundreds of thousands of Pakistanis who live in America. Repairing Pak-US relations therefore should be a priority. Three important considerations need to inform our policy direction. First, expanding our allies in Afghanistan and strengthening diplomatic engagement with the US and Afghanistan. Why must jihadist militias be our only hope for influence? After the recent BRICS declaration this becomes even more urgent. Secondly, we should accept that India will have a relationship with any future Afghan government and that it is no longer possible to have a Taliban style government loyal to Pakistan’s India-centric vision. The India-Pakistan proxy war in Afghanistan must end. Thirdly, it is time for Pakistan’s civil society and parliament to explore how can we reimagine ourselves as world’s trade hub rather than a revisionist state stuck in twentieth century regional conflicts. In this day and age, economic growth and prosperity define national power rather than the readiness for war. For this very reason, facilitating a peace process — as promised by the former Army Chief — is in Pakistan’s national interest.

This policy note was prepared for a report published by The