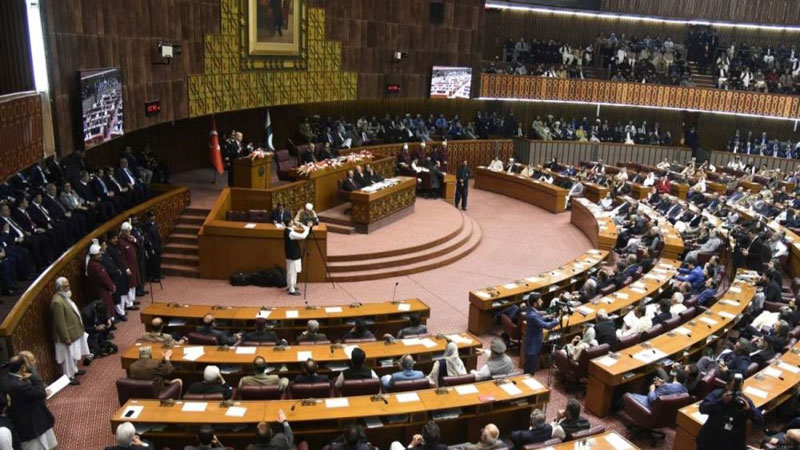 Pakistan’s governance crisis has manifested itself in various ways, including the inability of the state to provide services and create a responsible relationship with its citizens. Throughout its history the greatest paradox has been that of creating an effective system of local government.

Musharraf’s experiment of local government was perhaps the boldest, as it aimed to increase the power of elected officials and abolished the office of district magistrates and divisional commissioners. The bureaucracy as well as the provincial elites, due to various reasons, resisted it.

The key issue was that while the provinces were meant to transfer power and resources, they were still controlled by the strong central government and subject to unfair federal revenue sharing arrangements. The latter was taken care of in the previous government and the 18th Amendment also transferred powers. While these transformational reforms were being carried out, the provincial governments during 2008-2013 remained averse to holding the local government elections.

The irony is that Musharraf’s cronies in the shape of Pakistan Muslim League (Q) had already denuded the 2001 local government law and had initiated a reversal of various features therein. For instance, the key service departments also with the highest potential of kickbacks and commissions, e.g. Public Health and Engineering Department, were gradually recentralised. The Police Order of 2002 was also abandoned by the political elites during the Musharraf’s tenure. By 2008, it was formally laid to rest, thereby ending the little movement towards reform.

There is no doubt that the Musharraf and his junta’s agenda was not to deepen democracy at the local level. The cynical use of local governments was to create an artificial constituency in support of military rule. However, the conduct of political elites to have thrown the baby with the bathwater in 2008 was also unwise. If the local government system had flaws they could have improved them instead of scraping it altogether.

The political parties in Pakistan have another rational reason not to have local governments and their noisy existence. Patronage and resources are tightly controlled by party machineries to benefit their constituents and lackeys at the local level. With local governments, the patronage has to be shared, which also dilutes the ability of party leaders to grant favours when in power. Also the larger issue of party funding remains unresolved in Pakistan. Patronage is also used as a means to sustain party structures. Several cash handouts and welfare schemes, and the way these were managed, reflect a party’s interests preceding redistributive efforts.

The Sindh government recently announced that it was going to revive the 1979 law. However, reports suggest that now a committee is deliberating the precise contours of the system that will be in place. Punjab has prepared a draft bill which, by and large, retains the 1979 bureaucratic model with some improvements.

In the new local government scheme, there is a proposal to set up Education and Health authorities along with reconciliation councils to resolve disputes at local levels. Proposals for panchayat systems and municipal police in cities are being considered as well, which is a welcome step. The proposed law has a clause 14(1) which states that quotas would be filled indirectly by elected LG members (hence allowing for potential for nepotism and cronyism).

The PTI criticism on the draft legislation also mentions that the Punjab government wants DCOs and Commissioners to maintain law and order, thereby confirming their fear that provincial government would control local affairs.

In KP, the provincial minister for local government has recently stated that KP might hold elections by October or November 2013. The KP government plans to introduce a new law which would replace the earlier 2012 law.

In line with its manifesto, the PTI envisages a four-tier system of local, village/neighbourhood, union, tehsil and district councils. Its vision document has a detailed plan to create grassroots structures, but media reports have also suggested that the selection processes mentioned by the party needs to be revisited.

Balochistan had enacted a law earlier, which mirrors the 1979 Ordinance with heavy involvement of the bureaucracy. The new provincial government may take some time to announce and work on the kind of vision it has for the local government.

In summary, the political parties, driven by the political climate, are now moving towards local governments. It is a welcome step, even if it means that the bureaucratic control of local authorities and service providers would not be replaced by democratic accountability. Having said that, it is vital for the provincial governments to make their plans public for wider debate and commentary. What is clear is that Pakistan’s governance will further crumble if local governance arrangements are not sorted out.

Three factors ought to be kept in mind. Social sectors require complete decentralisaton and service providers need to be accountable to the local elected officials. Secondly, law and order capacities cannot improve if police laws are not enacted by the provinces which complement the local governments and also clarify the fuzzy ad hoc relationships between the province and local governments.

Finally, we need to think creatively to include women, the marginalised, and peasantry into the local bodies, which may help avoid elite capture of local institutions and also increase public trust in participatory democracy.

This post first appeared on The News on Sunday