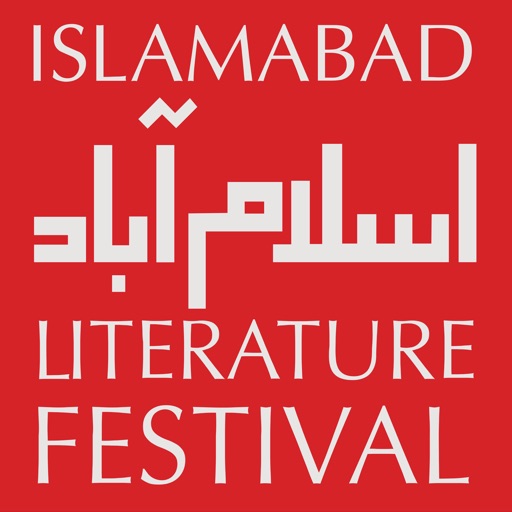 A review of the Islamabad Literature Festival for TFT

Literature festival in Islamabad sounds a contradiction in terms. A city better known for politicos, babus and palace intrigues also patronizes the state run literary establishment. The bureaucratization of literature has only stunted the growth of a literary culture in the capital. Oxford University Press (OUP) and its partners broke the conventions by organizing the two-day festival showcasing segments of Pakistani literature both in local and English languages. The greatest success of the event was the massive participation of people of Islamabad and Rawalpindi.

The Islamabad Literature Festival (ILF) was inspired by the annual event in Karachi, which has already set a benchmark for such multi-lingual events. Of course, the critique even this time was along the similar lines: that these festivals only cater to the English-speaking world and the ‘liberal class’ as someone confided in me during a break. Having said that there were sessions on Pashto and Punjabi poetry and many discussions on Urdu literature with luminaries such as Intizar Husain, popular writers like Mustansar Husain Tarar and Amjad Islam Amjad. The unassuming and mild-mannered Kamila Shamsie also joined in from the UK.

The most heart-warming aspect of ILF was the interest it generated among the students and young men and women. Halls were packed with university students and young professionals. For the first ever literary event taking place without state patronage this was quite a feat.

The organisers of the festival kept me busy throughout. On day one I hosted a session with the Left activist and LUMS academic Dr. Taimur Rehman on the class structure in Pakistan. I was quite surprised to witness huge attendance at the session. Taimur, an affable and enthusiastic conversationalist made rather insightful remarks on the way Pakistan was changing. He talked about his book and also the central role of caste in understanding how class as a construct exists in South Asia and the areas that comprise Pakistan. During the session he also challenged ‘Naya Pakistan’and explained to some of the youth how corruption as an issue could not be viewed in isolation and was a product of the class system. In a response to a related question Taimur assertd that “politicisation of corruption” was done during the various military regimes,” and thus the corrupt political system and corrupt politicians was a narrative that had gained much traction in the country (to the extent that the politicians were using it against each other).

We had a side discussion on Sufism as well when Taimur said that his research showed how the Sufi thought and poetry resisted the caste ascendancy in the medieval Punjab and other parts of India. Sadly the powerful classes appropriated this sentiment. I could not help saying that the right wing of Pakistan had cleverly appropriated the revolutionary poetry of Faiz and Jalib for their own ends.

Later I participated in an exciting session on the YouTube ban in Pakistan comprised some interesting speakers such as the king of parody Osman Khalid Butt, the master of satire and the vocalist of ‘Bayghairat Brigade’ Ali Aftab Saeed, and once again the firebrand Taimur Rehman. I reiterated what I have been saying again and again: YouTube ban is a continuation of Pakistani state trying to create a society which is at odds with the secular impulses and heritage of its people.

The earlier attempts at censorship of social media platforms such as Facebook backfired as the citizens asserted themselves and fought legal battles. The case of Youtube is a little more complicated. Osman Khalid Butt reminded the audience how social media allowed him the space and viewership for his work. He lamented the closure of Youtube and made a powerful argument about how counter-productive the ban is for the creativity of Pakistani youth. The wittiest remarks came from Ali Aftab Saeed whose new video has been blocked on the Internet as it supposedly lampoons the powerful army of the country. His video was played at the end of the session and Taimur rendered his new compositions intended to stir revolutionary passions in the country. The audience was most responsive in this session and there were more people than the space could accommodate. For someone like me who has underestimated Islamabad for long this was a bit of a shock.

I indulged in random sessions hopping to make the most out of this festival. The Urdu sessions on new short story and various conversations with Intizar Husain were a delight. Mustansar Tarar, Pakistan’s best selling author also spoke to a jam-packed audience. Ahmad Shah the moderator of the session asked tough questions and a few observers found his line of questioning a little too aggressive. For instance Shah questioned Tarar about the quality of his writings as they addressed the ‘masses’. Tarar was quick witted and responded to tough questions rather adroitly. After the session one could see dozens of students queuing up for autographs. Popular literature has its place amid the reading public. I am happy that Tarar has instilled the culture of reading in small towns where so many seek vicarious fulfillment through his travel writings. At least it is better than other brands of pop-fiction especially of the bigoted kind. A famed best selling novelist has made it a point to weave religious themes in her seemingly innocuous everyday dramas.

On day two of the ILF, I moderated a discussion entitled “Nuclear Pakistan: An Overview of the Strategic Dimensions” featuring professor Zafar Iqbal Cheema, Zulfqar Khan and nuclear physicist A.H. Nayyar. The two speakers Cheema and Khan presented the strategic imperatives of Pakistan’s nuclear policy. But the dissenter Dr Nayyar forcefully challenged the deterrence theory. He opined that nukes in South Asia failed to prevent Kargil war. Dr Nayyar highlighted that despite the nuclear capability, India remained the largest importer of arms and this was followed by Pakistan, which overspends to keep its conventional warfare capability intact. Dr Nayyar also presented some alarming facts about the potential dangers of a nuclear conflagration.

But Islamabad’s audience was not too keen to engage with the pacifist argument. There was frequent cheering when nukes were mentioned as Pakistan’s strength and safety valve against India. The questions were way too many and most predicated on the necessity to keep and invest in nukes. I was trying to handle many questions and had to intervene when the participants presented long spiels. Shaan Taseer’s question on Pakistan’s alleged role in nuclear proliferation remained unanswered due to lack of time and perhaps reluctance of the panelists to answer the question. The US was also criticised as a country, which first used the nuclear weapons and where maintenance issues had been a ‘perennial’ problem. The two obsessions of Pakistanis -India and the US – always come alive in such debates.

I could not attend Zia Mohyeddin’s reading as there was no space. Half of Islamabad had arrived at the venue. Similarly getting a place at Nimra Bucha’s performance of ‘The Dictator’s Wife’ (a play written by her celebrated husband Mohammad Hanif) was next to impossible. I had spent too much time chatting. Those who attended found the event to be a little disorganized and marred by a cavalier audience. This is where urban ethos and civility are wanting even in ‘highly educated’ places like Islamabad.

The ILF could have been better designed. A better venue is also required for future events that can allow for mass participation. However, a great beginning has been made. Now the other space for arts and culture, Kuch Khaas, is also planning a grand festival later this year. Islamabad seems to be evolving into a different place than what it was a decade ago (when I lived and worked here). As a minor cosmopolitan laboratory in the Islamic Republic, it needs some cultural sustenance. Most importantly, ILF brought an opportunity for the city that was imagined beyond the dusty files of officialdom. For this Ameena Saiyid and Asif Farrukhi, the architects of the event deserve much credit.

P.S. ILF also displayed 10 advance copies of my book “Delhi by heart: Impressions of a Pakistani Traveller’. I was quite thrilled to see a published copy for the first time; and even more delighted to know that eminent Sindhi politician and intellectual Hamida Khuhro was among the first ones to buy it.