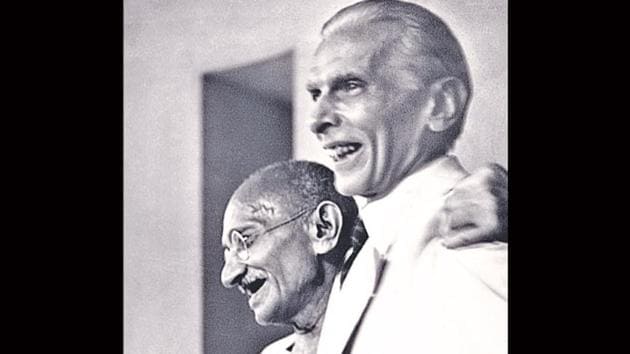 Nation-states write their own histories. Pakistan is no different. Mahatma Gandhi was always an odd figure in national discourses: A rival of the country’s founder MA Jinnah, peculiar in manner and appearance, but certainly not a hero. What we learnt while growing up in Pakistan about Gandhi was not charitable. But it was not as pernicious, as say, Vallabhbhai Patel whose views of the Muslims were enough to reinforce the “Two Nation Theory” or Jawaharlal Nehru who “reneged”, according to the official accounts, on the promise of a plebiscite in Kashmir. It was, and still, acknowledged that Gandhi was fighting for the rights of the Muslims, and the share of assets that were meant to be transferred to Pakistan after Independence in 1947.

This is what makes Gandhi a unique figure beyond the precincts of Indian national imagination.

The last time I met Mushirul Hasan, the celebrated historian and former vice-chancellor of Jamia Millia Islamia, he gave me his book with a handwritten inscription: “In friendship, in solidarity..”. A Gandhian legacy of sorts. Even though Mushir saheb did not agree with my views, there was nothing that prevented our friendship to grow over the years. One of the regrets I have is not being able to see him in his last years since I not visited India for the past five years. So much changed in my life. But so much has changed in India too.

Faith and Freedom, Gandhi in History by Hasan was published in 2013. A year later, Hasan suffered an accident that changed his life and resulted in his premature demise in 2018. This last book, a labour of love and dedication, takes a deep dive into an important facet of Gandhi’s life, i.e. his engagement with Muslims. The Mahatma’s tilt towards the community cost him his life, when a Hindu militant, Nathuram Godse, enraged by his love for Muslims assassinated him in 1948.

Godse, who is now the anti-villain in sections of Indian consciousness said this during the trial: “Gandhi is being referred to as the Father of the Nation. But if that is so, he had failed his paternal duty inasmuch as he has acted very treacherously to the nation by his consenting to the partitioning of it…He has proved to be the Father of Pakistan. His inner-voice, his spiritual power and his doctrine of non-violence of which so much is made of, all crumbled before Jinnah’s iron will and proved to be powerless.”

But this has been the appeal of Gandhi for decades that has only grown over the decades. Even though a sanitised version of his persona and politics is being projected in India, it is impossible to erase him, let alone undertake the revisionist course that Nehru has been subjected to. What I read on social media and on WhatsApp is mind-boggling and only reminds me of Fahmida Riaz’s poem about the similarity of Indians and Pakistan. Locked in a perennial battle of colonial constructions of [hyper] nationalism and presently fueled by neoliberal greed, one cannot help marvel at the resonance of Gandhian philosophy of non-violence and tackling greed.

“The world has enough for everyone’s needs, but not everyone’s greed,” said Gandhi. Today, our planet is heading towards destruction due to climate change and the risk of nuclear warfare. At the heart of this crisis is greed and accumulation of wealth in a few hands through rapacious corporations that have engulfed the world. From non-renewable natural resources to melting glaciers and from concentrated media ownerships to fascistic ideologies, neoliberalism and its celebration of vulgar wealth and greed are at work. How can one not remember Gandhi today? His basic ideas remain relevant.

Gandhi has been criticised for his anti-secular vision, for the lack of temporal understanding of communalism, the approach to Dalits, contradictions and much more. Yet, there is a global resonance of his legacy, as varied and troubled it may be. In Pakistan, a civil rights movement led by Pashtun youth invokes non-violence and avowedly follows the Frontier Gandhi, Abdul Ghaffar Khan. In the West, Gandhi’s statues and quotes are ubiquitous. I have not seen a rally, a rights’ congregation in the United States where Gandhi has not been quoted, or someone did not make a reference. Such is the power of the basic tenet of his struggle and politics. Non-violence is needed as much in the fractured and conflictual world as it was in the early 20th century India.

Even when it comes Islam-is-the-enemy discourse Gandhi’s crude understanding of the religion was spot on. As Mushirul Hasan has shown for Gandhi the unimpeded upsurge of Islam was attributable to its fundamental message of “equality, tolerance and simplicity” and the scriptures that urge the believers to work for common good. It is important for India and the world to understand that Gandhi had stated even without authoritative knowledge of the faith.

“…The Islamic religion is not a mendacious religion. When the Hindus study this religion with due respect, they, too, will feel the same sympathy as I do for Islam. I have read the books telling about the life-style of the Prophet of Islam and of those who were close to him. These books generated profound interest in me, so much so that when I finished reading them I regretted there being no more of them. I have arrived at the conclusion that Islam’s spreading rapidly was not by the sword. On the contrary, it was primarily owing to its simplicity, logicality, its Prophet’s great modesty, his trueness to his promises and his unlimited faithfulness towards every Muslim that many people willingly accepted Islam.”

Gandhi’s brutal murder was mourned in Pakistan too. Faiz Ahmad Faiz, the editor of Pakistan Times wrote a moving editorial on Gandhi’s assassination. Faiz wrote, “…very few indeed have lived in this degenerate century who could lay greater claim to immortality than this true servant of humanity and champion of downtrodden.” The editorial further stated, “At least we can tell at the top of our voice suspicious friends in India that the passing away of Gandhiji is as grievous a blow to Pakistan as it is to India. We have observed distressed looks, seen moistened eyes and heard faltering voices in this vast sprawling city of Lahore to a degree to be seen to be believed. We have also seen spontaneous manifestations of grief on the part of our fellow citizens in the shape of observance of a holiday and hartal.”

THE 1965 WAR AND NATIONALISM

But the 1965 war and the subsequent consolidation of nationalisms changed things. The 1971 break-up of Pakistan altered the historical trajectory. Perhaps forever. Yet, the power of ideas is such that geographical boundaries and state propaganda cannot change that easily.

I was in High School when my father’s friend and colleague Justice Jafer Hashmi in his Bahwalpur (a city located in South of Punjab and capital of the erstwhile princely state) recounted reasons why Gandhi was a global icon. This was shocking for me as I had read different things, especially how the Gandhi-Jinnah talks of early 1940s had broken down due to the former’s reluctance to admit the Muslim issue. Central to the listicle was Gandhi’s emphasis on simple life. My later readings and work in the international development sector reinforced the ideas I imbibed from Gandhi’s writings.

Despite the acrimonies, Jinnah paid a heartfelt tribute to Gandhi. We know that Jinnah wanted to retire in Bombay and Gandhi wanted to visit Pakistan. Both these figures – celebrated and decorated as they are with portraits everywhere – are irrelevant in today’s subcontinent.

Pakistan’s drift into Islamic nationalism is well known. The country is now struggling to move to another conception after the brutal spate of a decade-long terrorism. But the Indian drift into the Hindu rashtra mode will impede Pakistan’s shift. The decolonisation of the mind is a lapsed project on both sides of the border as national identity, communal passions and labels are what can be traced back to colonial politics and community-marking.

Faiz wrote this line rather presciently: “A large section of Hindus have discovered where their enemies reside and what political labels they flaunt.” In his editorial Faiz also alerted India about Godse’s worldview and eerily suggested, “If the government of India would have tried to take some of the conceit and “fire” out of these rabidly communal and militant leaders, maybe Gandhiji would have lived to be 125.”

For too long the minorities in Pakistan have been maltreated. Only in recent years public outcry and State action are leading to some course correction. The Muslims of India – far greater as a percentage of total population – in recent years have faced not only lynching, but the wider tremors of faith-based nationhood. Once again, what Faiz wrote on Gandhi’s death resonates: “…nothing would give greater pleasure to the soul of the illustrious dead than dispensation of justice and fair play to Indian Muslims, which he so passionately preached and for which he laid down his life. To these countless Muslims Mahatmaji would ever remain a symbol of hope and courage. Though he is dead, he will live through ageless life.”

What we know from our region’s history is the constant reshaping of identities, borders and communities. The present may seem a departure from Gandhi’s weltanschauung and devoid of hope. But Gandhi showed us through the anti-colonial struggle, the frontiers of possibility; and the undoing of confines that threaten justice, peace and sustainability.

This is why he remains utterly relevant for India and the world.

The views expressed are personal

December 3, 2018: Indian gov. avoids dialogue with Pakistan In an

What a Lovely Review on my book “Delhi by Heart”