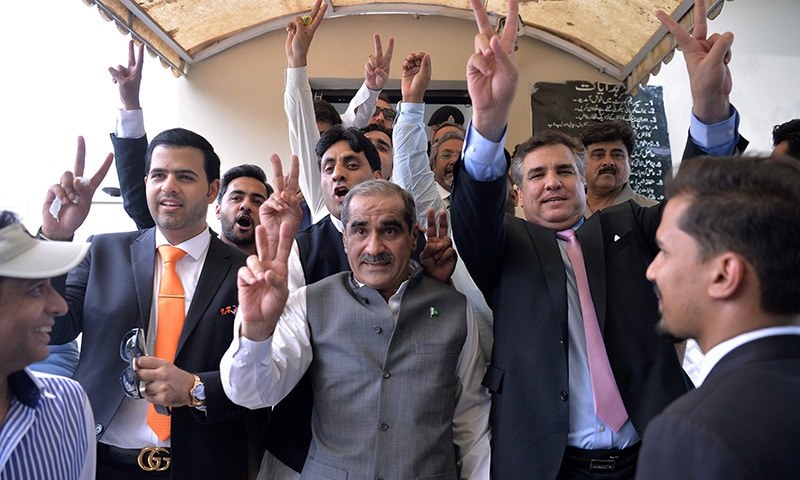 Third time elected PM has once again survived in office. Two Supreme Court judges in their dissenting judgment found Sharif guilty of the charges levelled against him. This was a close call for PM Sharif. He survives. But the real question is for how long?

From the very start, the Supreme Court was under tremendous pressure. Sections of noisy and at times irresponsible electronic media, opposition leader Imran Khan and a large number of opinion makers wanted Sharif to be disqualified. The media engagement in this trial is a separate story but it is somewhat worrying for Pakistan’s future if TV anchors start culling the evidence and passing verdicts in their prime time shows.

Taking note of the parallel proceedings in the court of public opinion, the formation of a Joint Investigation Team makes sense. However, its composition is somewhat peculiar as it includes representatives of the military intelligence and the all-powerful Inter-Services Intelligence. While the latter in theory reports to the PM, the former is purely a military outfit. Pakistan’s military had ostensibly stayed neutral through the proceedings but now it will have a direct role in investigating the charges of corruption against PM Sharif and his family. Maryam Nawaz, PM’s daughter and likely successor, was not directly named in the investigations; and this will be a relief for the Sharif family. Earlier, speculations had focused on Maryam’s likely disqualification thereby denting the Sharif dynasty in a serious way. In an unlikely event even if the JIT disqualifies PM Sharif, Maryam could potentially emerge as the next leader of the PML-N. Dynastic politics is a reality in South Asia; and that is unlikely to change anytime soon.

Despite this narrow escape, PM Sharif should be worried. His credibility will take a further hit as the investigation proceeds and the calls for his resignation turn louder. With a sizeable section of the media opposing Sharif, it might be difficult to sail through 2017 and return victorious in 2018 elections. Asif Ali Zardari and Imran Khan have already asked the PM to resign. Who knows if the mercurial Khan goes for another round of agitation (he has launched two protest movements in the past three years) and if he is joined by an increasingly sidelined PPP.

In that case, the political game will become tougher and tougher for PM Sharif. Perhaps this year will witness major political decisions, and the prospect of an early election cannot be ruled out.

Many Pakistanis will certainly feel disappointed that courts do not hold the rich and the powerful accountable. Panama leaks included the names of other bigwigs, including tycoons and former and serving judges, but their cases have completely gone into oblivion.

With increased awareness, political engagement and rising expectations of the urban middle classes, it is no longer possible to get away with serious allegations of money laundering, tax evasion and dubious wealth accumulation. Especially for the country’s largest political party and its leadership. Other than working on the short-term tactics, the Sharifs will have to think about their long-term political survival. For now Sharif has won but this is, at best, an elusive victory.

It is noteworthy that the Supreme Court decided against sending an elected government home without due process. Considering that interventions of a political nature by un-elected institutions of state have been an unfortunate norm in the history of Pakistan, this judgment appears to be a decisive break with that past. Some in Pakistan still carry the wounds of a past when the judiciary was on board with political witch-hunts.

That seems to be no longer the case. But it will take time and more progress on Pakistan’s march towards democracy before those old wounds are fully healed.