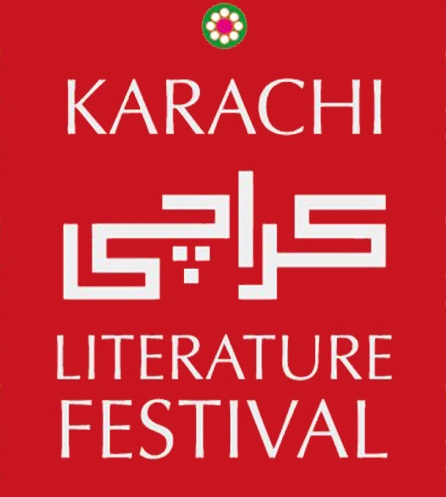 In its fourth year, the Karachi literature festival (KLF) has become a public event that brings together the cosmopolitanism and the fissiparous identities of Karachi. One of the greatest consolations of today’s Pakistan is the quiet yet formidable growth of this festival as a cultural marker. Such has been its influence that Lahore – otherwise deemed as the cultural centre of Pakistan – has now kicked off its very own literary festival.

The fourth KLF was a bigger event than its past lives. The list of organizers and partners has also grown over the years, but the credit for weaving it all together belongs to the indefatigable Ameena Saiyid, MD Oxford University Press. Little wonder that the world continues to recognize her contributions, as Saiyid was recently conferred the Knight of the Order of Arts & Literature by the French government.

KLF attracted thousands of people from Karachi, and beyond. This time, I noticed that the majority of the attendees were from the younger generation, with a large number of schoolchildren involved in a parallel world of books, storytelling, art and simple fun activities. Of course, a liberal bubble is always deceptive, and on day two the tragic incident in Quetta – which killed and injured hundreds of Hazaras – shook the participants. Despite the action packed days, the Hazara killings loomed large and most sessions articulated a strong condemnation of the ghastly massacre.

The festival started with another, albeit lesser, tragedy. Gulzar ji, the celebrated Indian poet, lyricist, and filmmaker, decided not to attend KLF after his brief sojourn in Lahore and his birthplace Dina. Prior to KLF, I had been most excited about conducting a session with him and another formidable talent, Vishal Bhartwaj, the avant-garde Indian filmmaker. The last time I had met Gulzar ji was at Ghalib’s birthday celebrations at Delhi, where I walked with him like a shamelessly smitten fan. Ameena Saiyid read out Gulzar ji’s letter in which he had apologized for his absence by saying, “Mujh se naraaz na hona” in his simple and evocative style. The wretched Indo-Pakistan politics continues to haunt cultural exchanges. Perhaps it was the post Afzal Guru scenario played up by the so-called security experts, or his emotionally draining trip to his birthplace that rendered him incapable of further staying in Pakistan. Either way, it was the curse of history that kept us all away from listening to Gulzar ji. Apparently, he composed this couplet upon his return to India, in a spirit of defiance: “Shehr-e-Pak mein agarche ghar banana mana hai; qabr ik basana chahoon main wahan toh kyun nahi” (Even though it is prohibited to build a house in a Pakistani city / I could wish for my grave to be built there).

KLF, otherwise, kept me pretty occupied with an eclectic variety of sessions, some of which I moderated. The first one was with Dr. Pervez Hoodbhoy’s about his new book; ‘Confronting the Bomb: Pakistani and Indian scientists speak out.’ Hoodbhoy has compiled this book with this question which he reiterated at the KLF: “Are we safer today than before we acquired the nuclear bomb?” Sadly the answer can only be in the negative as Hoodbhoy reminded us all. This was a spirited session with a huge, enthusiastic audience, endless questions and a generous dose of Hoodbhoy’s wry witticisms. To one of my earnest questions, he asked me to hold on and told the audience how telling it was that Dr. Qadeer Khan (who flaunts the fatherhood of Pakistani bomb) had joined hands with the Jamaat-e-Islami. Having spoken at an earlier book launch in Islamabad, I found the difference between the two audiences staggering. In the patriots’ capital, many hyper-nationalists undermined Hoodbhoy’s worldview, but most at KLF agreed with his position[s].

Once again, and to be precise, for the third time, I was the humble host of a session with two heavyweights of Urdu literature: Iftikhar Arif and Kishwar Naheed. Arif recited some of his recent verses including this one: “yai jo tairay nazar aate hein ye sab tairey naheen, aae mairey shehar tairay logg bhi ab tairay naheen”. The most poignant of the lines he read in his enchanting style complained how, despite the love for the Holy Prophet (PBUH) and perfect faith in his message, the poet was afraid of his followers – “Rehmat-e-Syed-e-Lolaak pe kamil imaan, ummat-e-Syed-e-Lolaak se khof aata ha.” I confessed my perennial ‘khof’ of Kishwar Naheed’s rebukes, and her critical eye, but what a pleasure it was to sit next to her as she read out her bold, probing and radical poems. Kishwar Apa and Iftikhar Arif indulged in dramatic literary banter amusing their Urdu lovers to no limit. The session however ended on a funny note, when they both spontaneously remembered the great Madam Noor Jehan, and how just before her death, she had been speaking to both the poets. Arif narrated that after watching a discussion on Ghalib on PTV, Madam called him and said that if she had been born in Ghalib’s era, she would have cleaned Ghalib’s house, washed his clothes, cooked his meals and would’ve appointed herself as a devout servant of the great poet. But Iftikhar Arif told Madam that if she had entered Ghalib’s house, she may just have cleaned up the house and emptied it (jharoo phair diya hota). Armed with anecdotes, Arif is perhaps the last of the Lucknavi poet and a gentlemen, and that even if he had not been a major poet, he would have been loved for his highly cultured persona.

Earlier, I found myself holding a session with the well-known playwright, Farrukh Dhondy, whose new book of Rumi’s translations was also launched at the festival. In this curious session, the second panelist was Saba Naqvi, an Indian political journalist who has published a collection of subaltern stories that testify to India’s ingrained traditions of pluralism, fluid religious identities and inter-communal dialogue. Saba read passages from her book – on a Sufi shrine which is also a Hindu temple in Ahmedabad, or how in many communities, identities (communal and otherwise) were interchangeable.

The session was a bit eerie. A few years ago when I met Farrukh Dhondy for the first time, he was starting to translate Rumi and discussed in detail the challenges of translating his poetry. I do believe in the crossing of paths, but that I would be part of his book launch was a major surprise. Dhondy’s translations are competent and lyrical (“Do Not Go: Your leaving is the drought, my lips are dry/ the only moisture, wells up in my eye.”). However, the funniest moment was when he termed the American translations of Rumi as trash. Dhondy’s remarkable wit made the audience laugh time and again. Thankfully, both the authors were not aghast at my tightrope walking from Rumi to a syncrectic India.

When I was asked by OUP to conduct a session with a Palestinian author I was quite nervous. But this turned out to be the most memorable event. Dr. Izzeldin Abuelaish, a Palestinian doctor turned author has emerged as a global icon of hope and healing. Dr Abuelaish lost three daughters in an Israeli air strike during 2009, but he decided that he won’t hate. He told us: “With hate, you kill yourself. It is a toxin. I decided to move on.” As Dr. Abuelaish recounted his story, he broke into tears, along with the audience and yours truly. This was the most difficult time on stage that I have ever experienced; far more problematic than days of stage fright and awkward, self-conscious moments. After the first fifteen minutes, I lost track of my questions and struggled to control my tears as Abuelaish spoke about the disease called hatred and the immense grieving that his life had turned into. The author also narrated harrowing tales of ordinary lives in the Gaza strip, and kept on reminding an emotive audience that the Israeli-Palestinian conflict was a segment of global conflict, and how his personal bereavement had made him an even more ardent advocate of coexistence between Israelis and Palestinians. His voice was powerful, his emotions raw, and his thoughts universally relevant. I have never been in such an authentic conversation on stage. Simply put, unforgettable.

The KLF sessions took place amid concentric activities of catching up with good friends, meeting many people from the cyber-world and browsing through old and new books. Many young friends were carrying out a campaign against Shia killings and activist Mohsin Sayeed even painted his face with these provocative words: “I am a Shia / Kill me.” Amongst the melee, I spotted Sanam Bhutto, the only surviving member of the nuclear Bhutto clan – a quiet, understated participant of the KLF each year. Sanam Bhutto, despite her distance from politics, is a Bhutto after all: Sharp, witty, and charismatic. She answered all my questions but kept on reminding me; “I am not into politics.” As I tried to explain what she meant to so many of us, a little tear welled up in my eye. Throughout this brief encounter, I could not help admire her courage and dignity in the face of all the adversities that she, as a tragic survivor, had faced. Many young PPP supporters flocked around us, almost in a devotional fashion. Such is the enduring power of the Bhutto cult, and how it becomes a metaphor for so many personal wounds.

Before leaving Karachi, I found myself at a lunch table with the legendary Intizar Husain, Urdu’s foremost critic Shamim Hanafi, the well-known chronicler Aqeel Abbas Jafri, poets Azra Abbas and Fatima Hasan. A little later, Intizar Saheb took me through the mythical ages, our bittersweet histories, and amused me with his witty pointers on the ironies of literature and writing. I could have not asked for more in the three days that I spent by the mangroves.