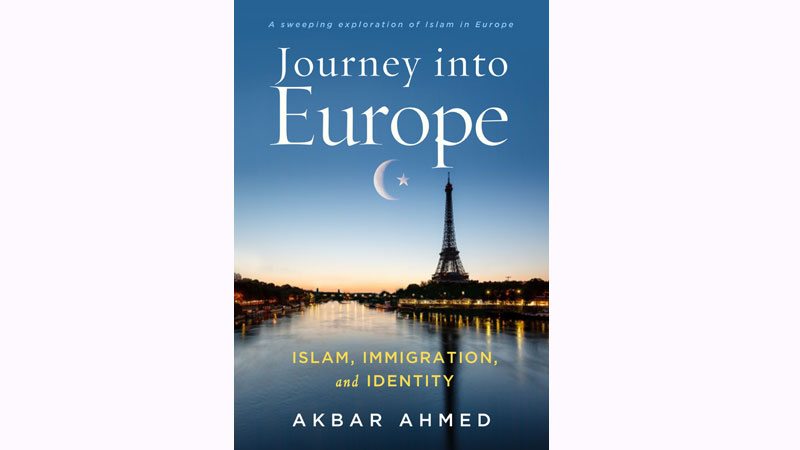 Islam is ‘incompatible’ with Western civilization is what we hear at the start of a new film Journey into Europe that looks at the much-hyped dilemma in much of Western Europe. The film deals with cascading phases of recent history: From the inclusive times of Muslim Spain to Ottoman Empire; and from the colonization to twentieth century immigration of Muslims into European lands. This film comes at a time when Islamophobia as a political and cultural attitude is on the rise; and Muslim extremists are asserting their political power and dictating domestic agenda in many parts of the world. Caught between these two extremes are the majority of Muslims, who, while united by their faith, are neither a monolith nor hold uniform views about organized religion or its political dimensions. The diversity within Muslims is an oft-ignored reality. Even more invisible is the variegated history of Islam and its adherents.

This is why Journey into Europe — a handiwork of Dr. Akbar S. Ahmed, the Ibn Khaldun Chair of Islamic Studies at American University — is both important and relevant to the current crises brewing across European countries. A Pew Research Center study tells us Western countries with significant Muslim populations are getting worried. Since 2011, the general population that is ‘very concerned’ about Islamic extremism has increased. For instance, after the murders of the Charlie Hebdo staffers, two-thirds in France are ‘very concerned,’ 29% more than the 2011 poll. In Spain, 61% are very worried about the extremist threat; and roughly half in Italy (53%) and UK (52%) and 46% of Germans are apprehensive. Their worries have increased in the past few years.

In this context, the film explores contemporary dimensions of Islam in Europe and the invaluable contributions of Islam in European history and civilization. The film takes the viewers through a kalediscope of voices — reasoned and enlightened — of Europeans from a variety of backgrounds. There are high-ranking officials who speak about the Islamic past, the current state of Muslims; there are unbiased scholars and even ordinary citizens of Europe who come out making clear-headed statements on how most actually accept Muslims and are wont to acknowledge the shared past.

The most revealing portion of the film deals with how various faiths co-existed together harmoniously in centers such as Andalusia. The term La Convivencia (the Coexistence) in Spanish history refers to the Muslim rule from early eighth century until late fifteenth century (when the Jews were expelled from Spain) is invoked by the narrator as well as those interviewed. There is a slight reference to the counter narratives on this idyllic conception as tensions existed even then thereby puncturing the myth (for instance the 1066 Granada massacre of Jews). But there seem to be many in Spain who remember that as an period of religious amity.

Muslim Spain was also the golden era of Islam in terms of its intellectual, scientific and literary contributions. The works, especially translations of Greek knowledge, by Ibn Rushd or Averroes spearheaded the intellectual foundations of reformation in medieval Europe. Many other Muslim thinkers – as one scholar tells in the film, influenced the development of medieval Jewish writings including rules of grammar etc. The advancements in science, culture, philosophy, and music could not have come through without an enabling environment and some level of state patronage. But the film underplays the currents of intolerance even then. Averroes, among others, was also persecuted for his rational ideas.

As the film shows, the Europeans today are divided between those who consider Muslims incompatible with Western civilization and those who respect the differences in their compatriots. Some even acknowledge that Islam contributed to what is now referred to as European civilization by introducing newer ideas in philosophy, medicine and science. The Muslim rule in Europe ended in 1492 A.D. followed by a clear effort to erase every trace of Muslim influence on European life. Over time, the Spanish Muslims were persecuted, and looked down upon. The term “Morado” became a means to profile them.

In recent years, terrorism has led to further demonizing of the ‘Muslim.’ While the acts of terror are committed as instruments of politics and power (asserted with religious terminology and abusing early Islamic texts for legitimacy) the Muslims as a community have been affected everywhere. Issues of integration, racism, radicalization and narratives of victimhood have compounded matters further.

A key message of the film relates to working with Muslim communities and fostering better understanding of their predicament and dilemmas. The way forward includes identifying leaders within Muslims in Europe who can challenge radicalization and promote integration with Western societies. At the same time, the European states have to deliberate why these communities are moving towards violence; and the solutions to curb violent narratives and tendencies has to come from within. Faith leaders especially a Jewish rabbi emphasises this point; and the film conveys this idea powerfully thereby shattering the myths articulated by Islamic extremists who preach against other religions.

Sadly, the role and influence of extremist clerics does not feature prominently in the film. Similarly, the inability of Muslims to articulate their political concerns is also a missing link in the narrative. Perhaps, Dr. Ahmed wanted to focus more on the bridges between the past and the present, and between communities rather than dwelling on the fault lines. As Dr. Rowan Williams, former Archbishop of Canterbury commented, Journey into Europe comes at a time when “myths and fantasies still stir up corporate fear between our communities.” It wider circulation across European academy and public spaces will impact how Muslims are viewed. The recent pressure to accept Syrian refugees is a positive signal and testifies to the brighter side of European values despite the fears drummed up by the right wing.

Amid the cacophony of Islamphobic and extremist discourses, Journey into Europepresents insights on cementing understanding between Islam and the West. Never has the need for a redefined and updated La Convivencia been so urgent.

Scholars who undertook a study on how Western media covers

The murders of rationalists and threats to writers, negate what