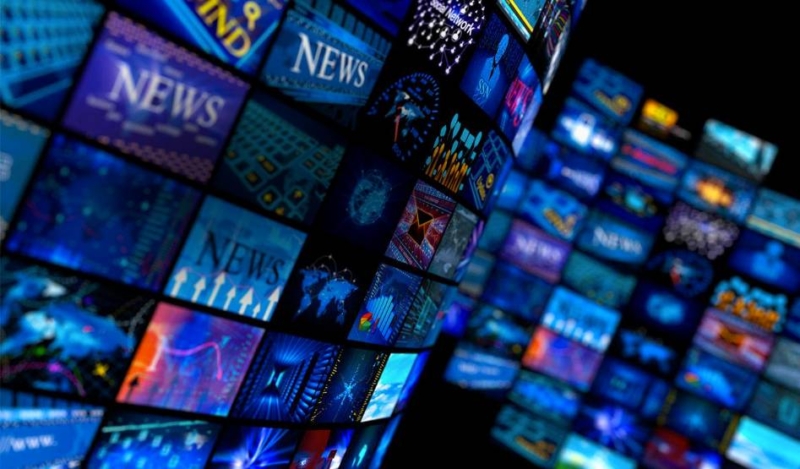 Scholars who undertook a study on how Western media covers terrorism have confirmed what we had known for some time. The news media wield a different yardstick to cover terrorist attacks especially when the attackers are Muslims, especially foreign-born Muslims. Scholars at Georgia State University analysed terror attacks in the United States between 2011-2015 and concluded that attacks by “Muslim perpetrators received, on average, 449 percent more coverage than other attacks”. This is one of the key reasons why the hyphenated identity of ‘Muslim terrorist’ with Islamophobia has been on the rise. Not just in the United States but in many European countries as well.

The recent attacks in London also testified to the varying standards. Media are more likely to label an attack as terrorism where the attackers are Muslims. In the United States, regular attacks by white extremists are rarely or reluctantly considered terrorist in nature. While the war industry with the help of sections of mainstream media tries to construct Muslim as an enemy, an American is far more likely to be killed by a gun shooting.

The proliferation of negative portrayals of Muslims has allowed a hostile discourse to develop, which seeks to deny refugees escaping war and chaos a chance to build a new life in the United States

As Islamophobia has rapidly become a very visible part of public life in the United States, efforts to explain it have focused on a wide variety of factors. Perhaps the most significant contributing factor may have been hiding in plain sight: the media portrayal of Muslims and related subjects. A recent paper by Meighan Stone Snake and Stranger: Media Coverage of Muslims and Refugee Policy published by the Shorenstein Center, Harvard University, adds quantitative substance to this argument. Examining the major newscasts of three US media outlets — NBC, Fox and CBS — over a period of two years from 2015 to 2017, Stone found that US news coverage of Muslims all over the world was overwhelmingly negative: there was not a single month where TV news stories with Muslims as protagonists were more positive than negative. Where Muslims were covered, war and terrorism (especially the activities of the Islamic State terrorist group) were the predominant theme, comprising some 75 percent of the coverage.

Of the three networks analysed, Fox News was the most committed to negative portrayals of Muslims worldwide – which is consistent with informal observations about the channel for many years. The other networks, however, fell into the larger trend of overwhelmingly negative portrayals. This is significant because in covering the very real horrors of war — religious extremism and terrorism in Muslim-majority countries — it is vital to avoid reducing many hundreds of millions of Muslims worldwide to subjects viewed through a security or conflict analysis lens.

Equally alarming, perhaps, was the finding that during the period studied by the paper, the voices discussing Muslim issues were predominantly not Muslim ones. The words and thoughts aired originated from Muslims only 3 percent of the time. By comparison, Donald Trump’s views on Muslims accounted for 21 percent of the same sample of airtime.

The importance of media broadcasts in shaping perceptions of Muslims cannot be emphasised enough. Interpersonal relationships are not the primary source of information and understanding for most Americans when it comes to Muslim people. In February 2017, the Pew Research Center found that only 45 percent of Americans surveyed knew a single Muslim. The same survey found a direct correlation between having a positive view of Muslims as a whole and knowing a Muslim. In this context, the Brookings Institute also found that 59 percent of Republicans who know a Muslim had a positive view of Muslims. Only 22 percent of Republicans who did not personally know a Muslim had a positive view of the Muslim community in general.

Perceptions shaped so consistently by a media landscape broadly hostile to Muslims has resulted in a particularly toxic atmosphere for refugees. It must be remembered that refugees are amongst the most vulnerable elements in Muslim populations in Western countries — both in a political and economic sense. The proliferation of negative portrayals of Muslims has allowed a hostile discourse to develop, which seeks to deny refugees escaping war and chaos a chance to build a new life in the United States. The views of Donald Trump on Muslim refugees, and his famous ‘Muslim ban’ efforts, may be seen as being shaped largely by such negative media portrayals of ‘the Muslim world’.

Such findings suggest it would be difficult to counter the tide of rising xenophobia in the US and other Western countries, which seeks Muslim populations as targets of convenience. As scholars have pointed out, efforts to humanise Muslims in the media portrayals, and to avoid sweeping and misleading generalisations will be central to any such effort.

Tailpiece: Terrorism of any kind cannot be condoned. Attacking civilians in the name of religion is the vilest of acts. And there is much that the Muslims across the globe have to do in terms of cleaning their own backyard littered with centuries of man-made dogma and fundamentalist ideas carved around power politics. Yet, the Western construct of Muslimness and Islam especially after September 11, 2001 attacks ends up strengthening the narratives of Muslim extremists where use of violence against non-Muslims and minority Muslim sects comprises a key strategy.