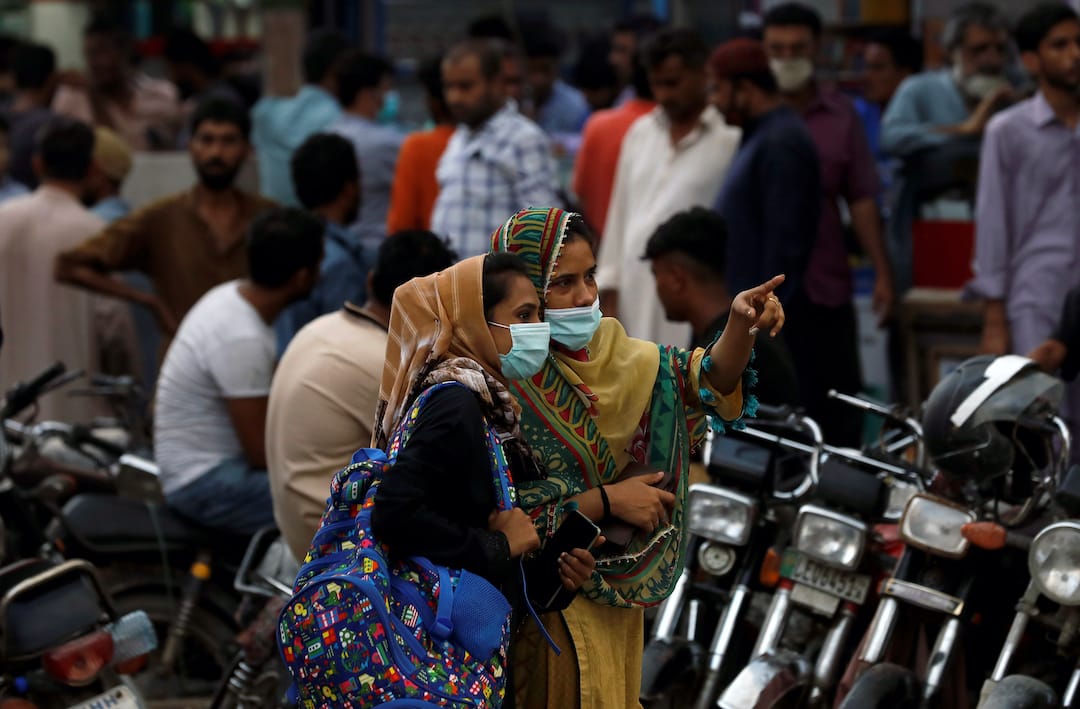 After weeks of inertia, confused decision-making and contradictory signals, the federal government appears to have realized the urgency of tackling the coronavirus pandemic that is threatening millions of lives worldwide and has set into motion a global recession. It took media pressure, the emergency measures by provinces and ultimately an intervention by the armed forces to move the country towards a state of lockdown.

Prime minister Imran Khan is still not fully convinced about lockdowns and his confused messaging has not been helpful in the recent weeks. PM Khan has a valid point about the economic hardship and the impact of shutting down businesses on the economy. Other governments have been grappling with the same dilemma. However, the lessons from Italy, Iran, the UK and more recently the United States are clear: suppressing the outbreak of the pandemic is the only way forward. Otherwise there is immense human cost and the prospect of a collapsed health system.

What is happening in Pakistan is not different from the experiences of countries where populist rhetoric couched in denialism, half-truths is being exposed for its futility during a crisis. Whether it is the United States, India, Brazil, the Philippines or Pakistan, high sounding political oratory is unable to confront a pandemic. PM Khan is not too different from his counterparts elsewhere. They all started with not taking the pandemic seriously, downplayed what the scientists, epidemiologists and experts were saying and acted when public opinion started turning against them. Even in the ‘action’ phase they have been berating their opponents and substituting oratory for clear action.

The number of coronavirus cases in Pakistan are increasing even though mass testing is not available. The shortage of protective gear, ventilators, masks and trained personnel are under the media spotlight. The provinces and their inadequate health infrastructure are struggling with the brewing crisis. Yet, there seems to be lack of clarity, leadership and coordination that is vital in such times. Even in a federal structure leadership from the centre is essential.

A major fallout in this crisis has been the government’s faltering credibility, particularly Islamabad’s lack of seriousness in giving policy direction. Unlike most Muslim majority countries, the federal government appeared helpless in even getting the mosque congregations regulated.

Currently, the provinces with the support of Pakistan Army are taking the lead in the battle against Coronavirus. Murad Ali Shah, chief minister of Sindh province has emerged as a clear-headed, action-oriented leader prompting even his critics to acknowledge the solid work underway in the province.

Noting the negative public opinion, the prime minister has been meeting journalists to salvage his image. He held two detailed sessions with media persons which once again were full of ‘good intentions, pro-poor rhetoric but short on policy and strategy. Journalists who met PM Khan urged him to take the crisis more seriously. Those who challenged him were later subjected to social media bullying by ardent followers of the ruling party.

This is nothing new for the pro-PTI social media bullies – patronized by the party stalwarts and now through a government cell – who have been doing the same for years. PM Khan’s dwindling leadership will not be helped by such antics. This is not about media but the way the business of the government is being conducted.

TV anchor Nasim Zehra asked PM Khan on Friday to conduct an inquiry into the horrific treatment meted out to a coronavirus patient in Lahore’s Mayo hospital. The PM responded by blaming his predecessors who had not invested in the health sector. In the same meeting PM Khan also gave a long spiel about the privileged ‘minority’ who in his view were responsible for all the ills of the country. He made these earnest statements with a straight face.

Here are two reminders for the PM.

First, he has been in power for nearly 20 months and the excuse of his opponents who ruled the country is something that will no longer work or even sell in the court of public opinion. Far from doing anything for the social sectors, the PTI government has cut development expenditures in its tenure. Its economic policy is the handiwork of neoliberal technocrats imported from IMF and the World Bank not to mention the powerful tycoons in his kitchen cabinet.

Second, the PM made the anti-elitist comments while seated in a royal-esque setting (which he promised earlier to undo by turning PM secretariat into a University) flanked by billionaire ministers, former World Bank staffers and other members of the same elite whom PM Khan was castigating. A little factoid: PTI has a good number of billionaires in its ranks present in the National Assembly. Worse, while complaining about how privilege works, he presented no plan on how to weaken the stranglehold of the elite. In fact, his ascension to power has been made possible by the same VVIP club comprising generals, tycoons, judges and media barons.

Of course, PM Khan was addressing his supporters who, like him, are not likely to detect such ironies of populism.

For months, the Ithaca College community has been in a

Lately with each passing day, the debate on procurement of