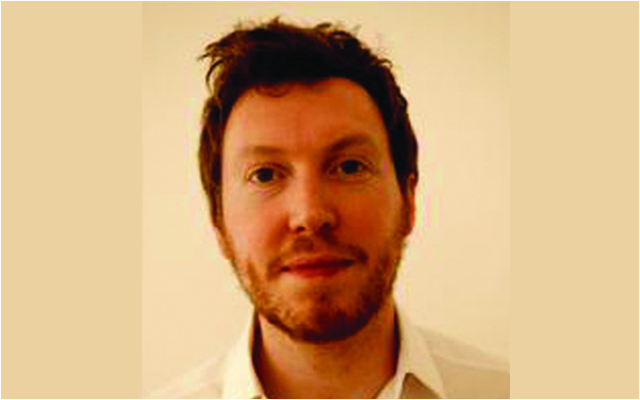 India, the US and Afghanistan are keenly watching Pakistan and China work through CPEC’s challenges

Andrew Small is a transatlantic fellow at the German Marshall Fund of the United States and the author of The China-Pakistan Axis: Asia’s New Geopolitics. The Friday Times interviews him on the China-Pakistan Economic Corridor and the shifting nature of geopolitics in the region.

TFT: What are the key concerns of the Chinese government with respect to Pakistan’s ability to deliver on the CPEC-related commitments? Is security an issue in their view?

Andrew Small: China’s main concerns about CPEC have been security and the practicalities of project delivery. Those won’t go away: threats to the initiative will persist and the Pakistani system is never going to resemble the Chinese one in the ruthlessness of its project execution. There is certainly scope to mitigate these concerns. More can still be done to bring all the provinces on board, streamline decision-making, and even to build security considerations more fully into the project planning, all of which the Chinese would like to see happen. That has crystallized in China’s encouragement to proposals for an independent CPEC body, with a formal role for the army and provincial representatives, rather than the diffusion of responsibilities between different ministries.

CPEC is never going to become a purely neutral, politics-free initiative though. China will have to get used to the fact that an investment package on this scale cannot be managed the same way as the traditional China-Pakistan security relationship, in which achieving and sustaining a national consensus was far more straightforward, and a very limited cast of people could drive decisions.

TFT: In Pakistan there is an increasing consensus that India opposes the CPEC and will do anything to sabotage it. Is this view shared by China as well?

Small: China had hoped that India only had pro forma objections to CPEC and had been making the case that an economically successful Pakistan and a better integrated region was more conducive to Indian interests than the opposite. I don’t think Beijing expected the Indian government to be fully convinced by these arguments, given the history of the China-Pakistan relationship, but it anticipated that deepened Sino-Pakistani economic cooperation would at most elicit soft opposition, not direct efforts to sabotage CPEC. The reference by Prime Minister Narendra Modi to Balochistan in his Independence Day speech caused surprise and real concern then. In recent days, Chinese experts have been warning that, if this is the prelude to a push to undermine the initiative through proxies, it will become a major point of tension even military tension. How this evolves will largely depend on developments on the ground, but it certainly tilts China towards a darker and more paranoid view about Indian activities.

TFT: In Pakistan’s media one hears about the US skepticism on CPEC. How does the US policy community view CPEC and Pakistan’s increased alignment with Chinese strategic and economic ambitions?

Small: The United States has consistently encouraged China to take on a greater level of responsibility for supporting Pakistan’s economy, given the importance of its growth and stability for security in the region. That encouragement has not stopped just because CPEC has a strategic overlay to it. There is certainly skepticism about whether the whole venture is likely to succeed but the balance of views in the US policy community towards CPEC can be summarized as: Good luck you need it. Insofar as Washington has raised questions, they have been directed at the environmental impact of coal-fired power stations, project standards, procurement processes and so on, not the strategic implications of the initiative.

Although US-China relations are evidently characterized by growing tensions, those remain largely focused on the Asia-Pacific region and the maritime sphere. US policy in South and South-west Asia treats militancy and terrorism as more salient concerns than China’s rise, and Washington and Beijing have managed to cooperate closely on issues such as Afghanistan even as competition has escalated in other areas. That level of coordination hasn’t been there with CPEC but the United States has signaled its willingness for at least modest forms of collaboration. There are advantages to the US side whatever happens with CPEC. If it achieves its most ambitious objectives, it would result in a more benign security environment in the region, and the trade-off greater Chinese influence is a necessary corollary to China taking on greater responsibility for the neighborhood. Conversely, if it fails and China gets bogged down in dealing with the repercussions, that’s not a complete disaster either, though I really don’t believe that this is an area where the US is rooting for China to fall on its face.

TFT: How do you see the Pakistan-China relations in the future given the current tensions between the United States and Afghanistan?

Small: China-Pakistan ties are going through their biggest re-balancing process in many years. In adding a significant economic component to a relationship that always lacked it, CPEC and Pakistan’s role in the Belt and Road initiative probably represents the biggest change factor, but there are others too, including the greater attention being paid to Afghanistan’s future and to Pakistan as a facilitator for Chinese power projection capabilities. After being heavily focused on the security balance in South Asia for so long, the elements that go beyond that old framework are now assuming growing weight. It’s clear that the commitment of political energy and attention to the relationship from Beijing is greater than it has been for decades. That has its advantages for Pakistan, which now matters more in the broader context of Chinese foreign policy than it used to, but it also comes with additional pressures, as China weighs in on domestic and foreign policy issues that it previously kept out of. The relationship that eventually emerges is likely to be deeper and more comprehensive but also de-mythologized. China is no longer going to be the distant, fondly viewed all-weather friend, but more of a day-to-day presence in Pakistan’s economics and politics, with all the attendant irritations that will follow for both sides.