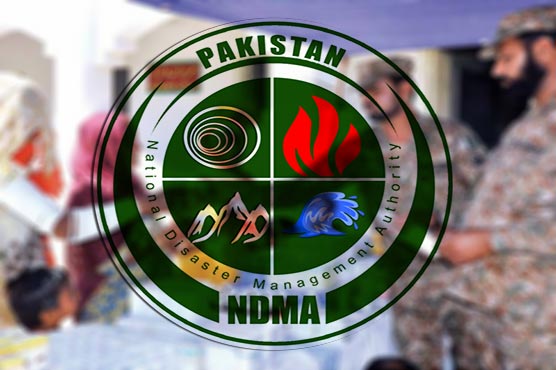 When the earthquake hit us on the morning of 8th October 2005, we said that the disaster caught us with our pants down. The mini disasters of Cyclone Yemyin in 2007, the Ziarat earthquake in 2008 and the presently unfolding mega disaster suggest that we never bothered to pull our pants up and are continuously trying to cover our nether regions with Post-It stickers. The National Disaster Management Authority (NDMA) was launched in 2007 with a lot of fanfare but a quick look at the (recently lapsed) National Disaster Management Ordinance tells us that it is another toothless tiger whose job is to coordinate among its provincial, regional and district-level counterparts. Now, we are a very funny nation. When it comes to taking responsibility for public, we quickly don our “federal” garb and declare that the centre cannot interfere in a job that is primarily provincial/local. Such commitment to federalism, alas, is never forthcoming when it comes to resource exploitation, but that is another story.

Before the media promotes NDMA over Zardari and fake-degree holders, as being chiefly responsible for all our woes, it would be pertinent to look at the organization’s capacities and powers. After its establishment, a retired army official was appointed as its head. It took a while before the consultants hired by the United Nations could come up with an organizational structure. But NDMA could not attract the best of professionals chiefly for the work environment. This resulted in NDMA ending up mostly, with pen-pushers.

It must be admitted that the rainfall pattern has been erratic this year as the number of cloudbursts – clouds travelling and spewing water along the delta, rather than travelling traverse to the river bed – was unprecedented. This does not however, absolve our public planners of ignoring the worst-case scenario, a negligence the price of which we are paying now. One is flabbergasted at the attitude of our media, think-tanks and civil society organizations. The sources of weather information on which NDMA has had to rely are accessible to everybody. How is it that not a single TV talk show, newspaper column, or letters to editor establish a debate that would aim at alerting the decision makers? Perhaps we are all too busy in rejoicing over the fake degrees? The media has reported a number of minor inactions that would perhaps have mitigated the impact of floods, which include the institutional squabbles over whose job it was to de-silt the pond area of Taunsa barrage or the reason behind the shabby condition of flood protection bunds in Sindh. NDMA has no formal authority or magic wand to make the line departments work with efficacy. One account however, on which NDMA as well as the whole nation needs to share the blame, is our national failure to make these disasters everybody’s business.

The present devastation, though tragic in consequences and incredibly vast in scale, is not as complex as the 2005 earthquake. There is no lack of baseline information; no national security-related issues of access to the affected areas and no threat of the winter cold looming around the corner. The fear is that after the water recedes, people will undertake spontaneous recovery, recreating the same hazards that devastated them in the first place. The need is to mainstream risk-reduction in the reconstruction process. Another important task to be done is to carry out a post-facto analysis of what acts of omission and commission exacerbated the preventable damage during the current disaster. A punitive inquisition is not being recommended here, but a technical and objective analysis of the events, by experts who have the requisite expertise. Before anyone starts suggesting such a route, I beg to spare the senior judiciary from heading an inquiry commission; they have other important things to deal with, such as clearing the backlog of thousands of cases pending before them. The findings of the technical inquiry should form the basis of a national disaster risk management policy, a paradigm which sadly enough, does not exist in this country.

The NDMA also needs to be taken seriously by senior decision makers. Its capacity should be strengthened and the organization decentralized through investing financial resources and deputing able, willing and energetic officers to it. Similarly, the bleak situation with the provincial DMAs needs urgent attention. Punjab does not have a provincial disaster management authority, Sindh and KP are better led but without powers or resources; and Balochistan has seen more PDMA heads pass on the torch than prime ministers in the early days of Pakistan; an achievement in itself.

The mandate of national, provincial and district entities needs to be clarified and a clear line of authority and responsibility established. The relevant officials need to be empowered to take action rather than shroud their work in the Trojan Horse word of coordination. The present flood offers an opportunity to pull our pants up, or admit that the king has no clothes and needs some. The least that can be done, without colossal expense to the exchequer, is to improve the information management system so that the hazards, early warnings, capacities, resources and gaps are known to everybody and any preparedness or risk reduction work is done based on the evidence generated from information, as opposed to quixotic, imaginary scenarios.

Raza Rumi is a writer & policy expert based in Lahore Email: [email protected]