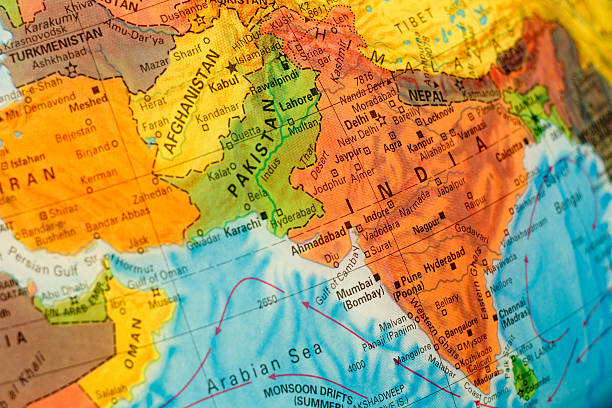 There is no alternative to peaceful coexistence within South Asia, says Raza Rumi

As we crossed the blood lined Waagah, after three hours of soul-destroying bureaucratic tangles and multiple forms filled in by the guardians of our borders, nothing changed. It was an eerie reminder of how the two Punjabs are but one. The roads were dusty and rural life remains as time-warped as ever. The street vendors were selling dirty, unhygienic food items wrapped in a thick cover of flies; and the money changers and CD-sellers attacked you with a frenzy that one is used to back home.

I was part of a delegation from Pakistan that was driving to Chandigarh to attend the SAARC folklore festival organized by Punjab’s legendary writer Ajeet Caur. This was a motley crew: ten Punjabis of various stripes, and five Sindhis who have travelled all the way from Bhit Shah to Lahore. We were greeted with garlands and the usual Punjabi warmth by our hosts at the border. This was my first trip to India via land or, as they say on visa forms, ‘on foot’. One could not escape the strange sensation of striding across a ‘hostile’ frontier.

The road was still called the Grand Trunk Road and the traffic was a little more chaotic than that on the Pakistani side. The over-loaded road space reminded one of the simple fact that India’s population is out of control There is simply an explosion of humanity in all directions. As we drove towards Jullandar, our stop for lunch at a roadside restaurant called ‘haveli’, the driver bumped into a motorcyclist who was driving on the main highway thinking that he was still navigating the fields of his village. Thankfully, he was not hurt and the Sardarji had to only report the incident at a nearby police-post. My companions and I stood on the roadside waiting for the Sardariji to return. However, the general comment was that the lost side of the Punjab was more developed; and the images of women riding on motorcycles and scooters were simply astounding for first time visitors to India.

Six decades have passed since rivers of blood were unleashed by the tragic events of 1947, where an unnatural division of a territory was imposed by a cabal of self-obsessed politicians of all varieties and faiths, in cahoots with their imperial masters. Humans are resilient, after all, and the Punjabis have coped with this trauma rather well. On our side they have captured the entire country, held it to ransom and have not shied away from undermining other nationalities when need be. On the enemy side, they have turned into mega-entrepreneurs, flourishing businessmen across North Indian urban centres and a huge diaspora with lots of money in the Western capitals. But the tragedy refuses to go away. The most revered shrines of Sikhs are in Pakistan and the oldest Shiva temple is in our Punjab. The Muslims, of course, have left their saints and shrines in the Hindu kingdom, not to mention traces of a seven-century cohabitation with the Indian gods.

At sunset, we were closer to Chandigarh – city beautiful – a city that had to be built anew to refresh the memories of Lahore. A project that Pundit Jawaharlal Nehru was extremely proud of, Chandigarh became the first prototype, well-planned socialist experiment. It is a shame that five decades later, it is nothing like Lahore, as it still gropes to find an identity and it has turned into a testament of India’s deep-seated inequality across class lines. Having said that, it is a model city, with big boulevards, wide pavements, multiple educational institutions and mercifully, lots of green spaces.

We arrived at Himachal Bhavan, a government owned rest house of sorts built like a socialist castle. Very soon, we merged into the streams of visitors from other countries. The bauls, fakir followers of Lalon Shah in Bengal, the singers from Nepal, Kashmir and dancers from tribes of Bengal and Maharashtra constituted the delightful mosaic of South Asian folk universe carefully assembled by the legendary Ajeet Caur.

Thus a packed festival commenced in sleepy Chandigarh which, not unlike Islamabad, is a quiet city. The performers started the day with public performances in educational institutions and public auditoriums. Concurrently, a seminar took place for four days with scholars, writers and researchers presenting papers on South Asian folk art and cultures. The afternoons were spent on sightseeing and every evening folk performances were held at the Tagore Theatre in the city.

There was little room for a traveler of my kind to explore the city. But the wide variety of people who attended the seminars and performances provided ample opportunities to speak to the residents of the lost Punjab. Countless stories permeated our conversations, jokes and periods of serious discussions. A Sardarji from Gujranwala district narrated his memories of Lahore and native village. Such are the machinations of nostalgia that it becomes a reality; a shadow that hangs over the present, sometimes strong and at other times muted and subtle. But it is there, all the time. A family that migrated from Lahore had named their business in Chandigarh after the mohalla that they had to leave in the frenzy of 1947’s mayhem.

Surinder Caur, the popular singer from Indian Punjab had visited Lahore a decade ago and she nearly broke down when she identified her house in the Chauburji area. Her talented daughter Dolly Guleria is continuing the traditions and she sang with gusto at the festival. Dolly has a majestic voice and is well-versed in Sufi poetry from the Punjab. Her rendition of Baba Farid’s verses and pieces of Heer left the audience swooning.

Dolly also wants to visit Pakistan again as her maiden trip with her mother left an indelible impression on her.

Perhaps the most soulful performances at the festival were those by the Bauls of Bengal and the fakirs from Bhit Shah who retained the essence of original performative features unlike the pop-folk that is in vogue now. The malangs from Madhoo Lal Hussain’s shrine in Lahore were a hit for their direct connection with the audience. The trance-like state and losing themselves attracted the spectators as each one of them may have wanted at some stage of their life to have entered oblivion. The dhamalis, as these resident malangs are known, dance each Thursday to remember the tradition of devotion that Madhoo Lal had started in the seventeenth century to honour his patron, teacher Shah Hussain. The syncretic roots of our folklore are difficult to miss.

As I narrated in my paper on the myths of Indus river that, even today in parts of Sindh, there exists the practice of wrapping the holy Quran in colourful cloth and cradling it, the way Hindus have worshipped the birth of Lord Krishna.

Scholars from all over the region lamented how folklore traditions were threatened due to rampant commercialisation and the globalised mono-culture where manners and lifestyles are all inspired by the dominant West. During the festival, I loved the dancers of Sherdukpen tribe from Arunachal Pradesh who performed the traditional Yak Dance. These tribals are engaged in farming for their livelihoods, while dancing provides a balance of their interaction with Nature and daily rigours of their lives.

The festival aside, it was the Punjabi environs that pleased me the most. Indian Punjab is now divided into governable units of Himachal Pradesh, Haryana and the Punjab. In addition, Chandigarh is a Union territory that also happens to be the headquarters for Punjab and Haryana states. Nehru’s land reform, industrialisation and the spread of education at all levels have made these states distinctly different from their mammoth counterpart: the Pakistani Punjab. A large middle class has transformed the cultural ethos and democratic traditions have ensured that citizen voice is given its due in governance on the Indian side.

Chandigarh, for instance, has an impressive literacy rate of nearly 82% and its per capita income is also the highest for the service sector flourishes here. Guess who can boast of a parha likha Punjab? On the other hand we have a small, populous strip of central Punjab that has the promise of prosperity; otherwise, southern Punjab is the poorest of regions in Pakistan. The barani north is also impoverished with limited citizen services and entitlements. With our indoctrinated India-hatred, we often tend to overlook these developments in our immediate neighbourhood. How come the infidels, those scheming banias and stumbling Sikhs achieve this? A question that must be addressed by us all.

On my last day in Chandigarh, I visited the Punjab University to meet an old acquaintance from the international public administration network. Mr and Mrs Ghuman live in a peaceful house within the university, grow their own vegetables, and are raising two sons who are acquiring state of the art education. I was offered baisan ki mithai, kachorees and barfi with lots of affection for Pakistan and the Punjabis. I did not feel as if I was in a hostile territory and the conversation and its tenor reminded me of my family on this side of the border. Ironically, the same day another former Professor of Chandigarh, Prime Minister Manmohan Singh, a son of Chakwal was trading allegations against Pakistan for spreading terrorism. Politics can deplete cultures and destroy common bonds. 1947 was this awful watershed when high politics dominated the lived and shared lives of the Punjabis.

Ajeet Caur-ji, who calls me her son, is a remarkable woman. She is relentless in her efforts in forging South Asian bonds and effecting literary and cultural exchanges. She has kept a flame ablaze in dark times. Let the light prevail. Ajeetji is not alone. The writers from all over South Asia are her family.

It will take years, perhaps decades, but the dream for a visa-less, peacefully coexistent countries of South Asia will be realized. We will wait, but not give up.
First published in The Friday Times