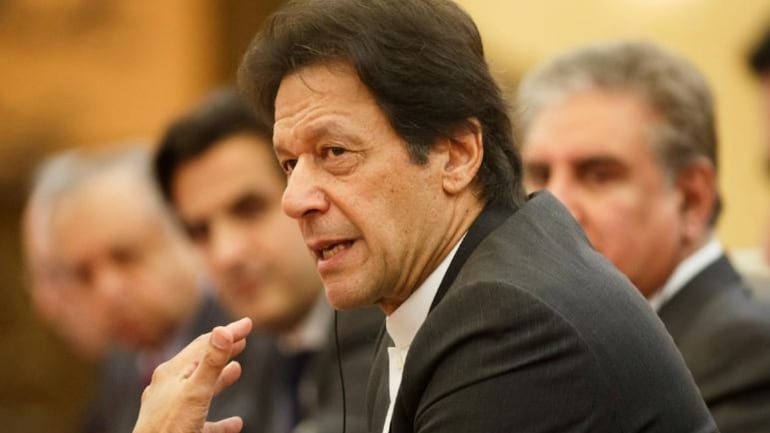 After the Panama verdict in 2017 that ousted Nawaz Sharif as the Prime Minister, it was viewed by many as the boost for the fortunes of Imran Khan and his party Pakistan Tehreek-i-Insaf (PTI). Eight months later, it is unclear if the judicial knock-out of Nawaz Sharif has benefitted Khan. In fact, the Sharif brothers are still in the arena with the elder building a public narrative against the unjust decisions of the courts and the younger heading the Pakistan Muslim League-Nawaz (PMLN) and tipped as the future PM.

To begin with, the PMLN still enjoys power in Islamabad and Lahore and has remained intact contrary to the past trends where the signaling by establishment was enough for the backbenchers to jump ship. They might still do before the general election but the popularity of Nawaz Sharif in the Punjab will discourage many from taking the risk. Second, once out of power, Nawaz Sharif has acted like an opposition leader mobilising public sympathy. A senior member of PMLN rules Islamabad, while its Quaid Nawaz Sharif acts as the opposition leader and the younger Sharif flaunts the infrastructure projects that he is determined to complete in the Punjab. This has evidently reduced the space for Imran Khan as the opposition leader. Third, beyond the rhetoric on anti-corruption, Imran Khan has still to present a cogent and comprehensive plan to the voters especially in the Punjab. Overarching narratives of turning Pakistan into an Islamic welfare state sound good but what that will translate into for an average voter is unclear.

Two recent events were instrumental in both shifting the public narrative and reminders of Khan’s flawed politics. The Lahore jalsa held in January by combined opposition was an embarrassing show to say the least. Images of empty chairs on TV screens indicated that PMLN had not lost the support in its bastion i.e., Lahore despite the serious charges of Model Town ‘massacre’ and corruption. The case of young Zainab, exploited for purely political ends, was handled with unusual alacrity by Punjab administration and it could not turn the tables. This was followed by the Lodhran by-election that even surprised the PMLN with the margin of victory. A relatively unknown candidate defeated PTI’s central leader who has invested for years in that constituency.

It is hoped that Khan will learn from Lodhran debacle. His party awarded ticket to the son of a ‘disqualified’ legislator that negates all that PTI has stood for

It is hoped that Imran Khan will learn from Lodhran debacle. His party awarded ticket to the son of a disqualified legislator that negates all that PTI has stood for. After years of sermons on dynastic politics and the hold of ‘corrupt’ families over power, the public image of Khan and his party took a hit. And even at the local level, where such factors are less important, the party decision did not find widespread favour. PMLN has won all the by-elections in the Punjab including Lahore and Narowal and its hold over the electoral game remains unscathed by Panama papers scandal and the trials in courts.

Mr Khan has also married again. Now that is purely a personal matter but with a probing media, questions were bound to be raised. Vociferous denials and then a sudden confirmation. Khan like any other person is well within his rights to choose his partner and deserves personal happiness but the media debates about the wedding were quite negative. Pakistanis have traditional values, and Khan has been an ardent advocate of them. His rather unconventional marriage was bound to raise questions. Leaving that aside, the timing was also reminiscent of his earlier marriage when right in the midst of an anti-government movement he announced his wedding. Even then denials were followed by public announcements.

Not unlike other popular leaders, Khan has also followed the route of ingratiating himself with the powerful establishment. The route to Islamabad lies through Rawalpindi as any student of politics knows in Pakistan. But things are changing fast in Pakistan. His archrival is building an anti-establishment political narrative while Khan’s policies and statements are almost always in sync with the worldview of the deep state. This is why he lashes out at blood-thirsty liberals who actually want a reorientation of state policies especially the reliance on Islamic extremist proxies. The deep state terms ‘liberals’ traitors and threats to national security; and Khan happily endorses that. He has even used the blasphemy and national security card against Nawaz Sharif in recent weeks. Doling out funds to Haqqania seminary is yet another move in this direction. It garners support for his party and also gives the right signal to the establishment.

The truth is that Pakistan has moved on from the politics of the 1990s. Nawaz Sharif did the same against Benazir Bhutto and then realised after a decade of active politics that this was counter-productive. Of course by the time Sharif understood this, the junta threw him out in 1999. It was easy to control information and create villains but in 2018 Pakistan’s media is relatively freer and the urban population has access to many sources of information. This is why Nawaz Sharif’s branding as a corrupt looter is not having an impact on his support base. PMLN is fighting it out.

Khan wants to become the Prime Minister. Yet, he curses the Parliament that will elect him to the premiership, assuming his party wins. He rarely participates in parliamentary business and refuses to cast his vote in Senate elections. Populist rhetoric is not enough to appear a committed democrat. For that one needs to engage with democratic institutions such as the Parliament.

If Khan wants to create an electoral ‘wave’, to use popular parlance, before the next election, he needs to reflect where he went wrong over the last few years. What is even more important is to assess why his anti-corruption narrative is not working outside the urban, social media-savvy spaces. As a colleague mentioned the other day, Khan has snatched defeat from the jaws of victory. It is time that some of the more astute advisers around him help change the course.

Published in Daily Times, MARCH 4, 2018: For Imran Khan, this is the time for introspection

After weeks of inertia, confused decision-making and contradictory signals, the