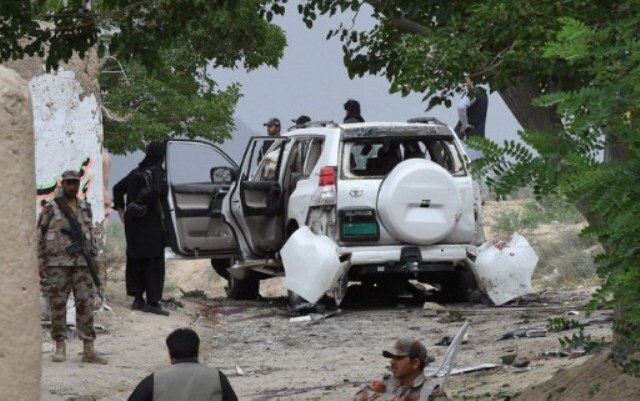 The ghastly attack on the convoy of Deputy Chairman Senate in Mastung, Balochistan comes as the latest of terror attacks claimed by the self-styled Islamic State or Daesh. The latter and its subsidiaries have been launching attacks against Pakistani targets for the past few years. Initially, the response of the Pakistan state was that there was no presence of Daesh in the country. The Interior Minister, Foreign Office and others are on record issuing periodic denials. Only when the frequency of attacks increased, the authorities acknowledged that there was a Daesh problem in Pakistan.

Unlike some collapsed states in the Middle East that are battling the Islamic State, Pakistan has clear advantages due to its organized military to deal with this menace. It is unlikely that Daesh would physically establish itself on Pakistan’s territory given military’s clear policy since 2014. The issue here is not that Daesh is going to take over Pakistan. But the regional instability and the ideological nexus of Daesh with religious fundamentalism grafted by the state during the past three decades, will enable Daesh attacks to continue. The risk here is that terrorism will continue to undermine Pakistan’s prospects of stability for ensuring public safety and internal security thereby affecting long-term economic growth and stability.

Daesh has conveniently found bases in Afghanistan. It has also won over some of the splinter factions of Afghan and Pakistan Taliban including the sectarian groups. Non-state militant groups, as research shows, splinter. With a weaker Al Qaeda in South Asia, factions of sectarian militants and Taliban movement are looking towards the Daesh. Globally, Daesh has attracted the young fighters for a variety of reasons. Online radicalization like that of recently arrested (and now turned into a celebrity) Noreen Leghari proves this. Daesh is also an attractive home for individuals and groups charged by sectarian ideology thanks to the Saudi success in nurturing such groups with Pakistan’s support. But the most worrying aspect is that nearly half of Afghanistan is an ungoverned area and the breakaway factions of Taliban view Daesh branding as a lucrative financial opportunity.

It is time to accept that Pakistan’s policy of allowing violent sectarian groups such as Lashkar e Jhangvi to operate in Balochistan is detrimental to country’s overall security. Splinter sectarian groups are useful for Daesh to use as launching pads. Secondly, instead of the much touted “counter narrative”, we need to think of cleaning up the seminaries that directly or indirectly support Daesh agenda against non-Muslims, Shias and all those who are seen as stooges of the West. Sufi Shrines in Balochistan and Sindh have been mercilessly targeted in the recent months. Sadly, the state has yet to respond with a comprehensive strategy. Deputing additional police guards or paramilitary troops are band-aid solutions. The state has to discourage and curb the spread of ideologies that consider non-Muslims and pluralism within Muslims as kufr to be eliminated through violence.

For the Jamiat-e-Ulema-e-Islam (Fazal), this attack should serve as a reminder of the dangers of supporting violent form of jihad. JUI (F) was a junior partner in building the Taliban movement thirty years ago. Its leader Maulana Fazl ur Rehman has escaped death on a number of occasions. In 2011, he was targeted twice; and in 2014 Rehman was injured in a suicide blast. Perhaps there is a lesson here if the wily Maulana chooses to learn from it: there is no end to ideological purification that uses violence as a tool. We hope that this was the last time JUI leadership was targeted.

The greatest lesson here is for our security establishment. After dealing with recalcitrant Afghan Taliban, the lethal factions of Pakistani Taliban (reportedly in league with enemies across the border), now they will have to contend with Daesh. The outside involvement, howsoever strong it might be, cannot take away the mistakes we have made and continue to make by considering violent militias as assets.

Unfortunately, with the growing Pakistan-Saudi alliance and Iran’s threats to launch attacks within Pakistan, the vicious cycle of sectarian violence is likely to continue.

Published in  Daily Times, May 12, 2017: Islamic State, a threat Pakistan can no longer ignore