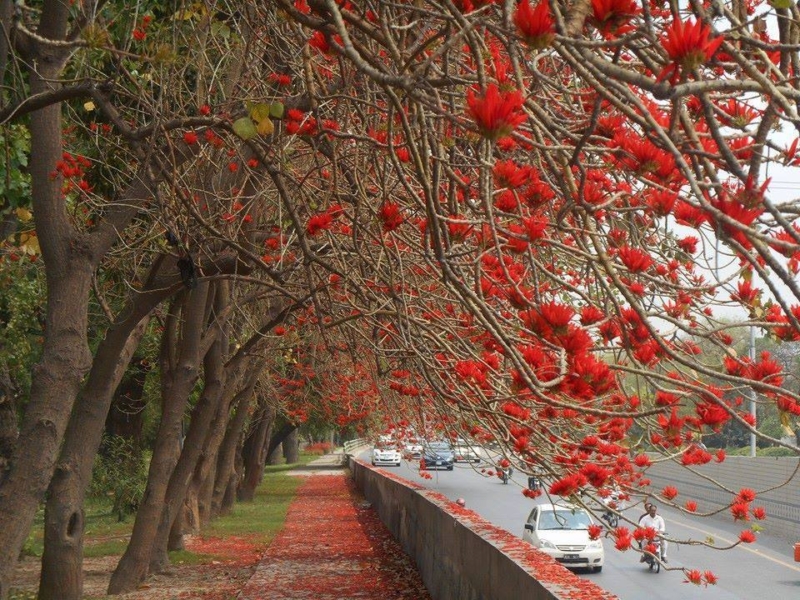 Lahore, a centre for the arts and learning in the early 20th century, has been the custodian of a plural, vibrant culture for decades. Its walled city, unlike several other old settlements, has continued to survive despite the expansion of the city. So have its peculiar features: its dialects, cuisine, community linkages and, of course, rich festivals such as Basant. As the capital of Punjab, Lahore used to celebrate Basant – the arrival of spring – in a colourful manner.

Since the medieval times, Basant was acknowledged and celebrated by the Chishti saints. Nizamuddin Auliya of Delhi turned it into an act of devotion, and Amir Khusrau’s songs captured the multi-layered evolution of this festival.

Punjabi poets such as Shah Hussain gave a Sufi flavour to it. Hussain, in one of his kaafis, says: “The Beloved holds the string in his hand, and I am His kite.” The festival offered a meaning to all and sundry: from playful kids to lovers and Sufis; from profit-seekers who developed livelihoods around the festival to the community as a whole.

Basant was celebrated by all communities prior to Partition: Hindus, Muslims and Sikhs treated it as a Lahori festival with an identity linked to the city. In this milieu, Allama Iqbal was known to be an avid kite flier. But the post-1947 rise of clerics meant that inclusive cultural practices were to be treated with suspicion. For many decades, the Pakistani mullahs have ranted against Basant as an ‘unIslamic’ festival and one that endangered public morality.

Unfazed by these fatwas, Lahoris continued with the festival. It even received state patronage on various occasions. A citizen of Lahore, Mian Yousaf Salahuddin (the grandson of Iqbal), turned his old Lahore haveli into a cultural hub and, over time, Basant celebrations became an international attraction. By the 1990s, proactive civil servants turned Basant into a great regional festival. Lahore’s then deputy commissioner, Kamran Lashari, provided full backing to the holding of this event in the 1990s. That was perhaps the time when Basant also became most controversial due to its scale and the increased hazards of unregulated kite-flying in which metallic or chemical-coated string was used.

The use of this string instead of the traditional dor caused many deaths each year and the local government was unable to enforce regulations on its usage. The metallic wire would get entangled in electricity cables in the old city, leading to electrocution. The courts intervened and asked the Punjab government to ban the festival in 2007.

Ironically, the banning of Basant did not take place in the name of religion but through a public interest litigation. However, the ideological opponents of Basant have been happy with the outcome and have created an uproar each time someone raised the question of reviving Basant after putting safety measures in place. But Lahore is a poorer place now. It is devoid of this public celebration, especially for thousands of impoverished workers in the old city and neighbouring towns where Basant was celebrated with great fervour.

The last time a major Basant controversy erupted was when Punjab’s constitutional head was the slain governor, Salmaan Taseer. He was keen on the festival restarting in his tenure and he also asked the provincial government to introduce the required measures. But the court ban could not be undone. Thus, in 2009, he held a Basant festival in the lawns of the Governor House and made it an open house for Lahoris. Little did he know that, in a couple of years, a bigot would kill him for his secular and tolerant views.

Like several other realities of Pakistan, Basant deaths are a governance failure. Local governments tasked with the mandate to enforce social regulation are no longer there. Pervez Musharraf had introduced a system of devolved governance, which was undone by the ruling PPP and its allies and now no political party wants to revive them. With local participation, the use of inappropriate kite-flying materials could be checked and controlled.

But the PML-N, the ruling party in Punjab with a conservative support base, and an even more conservative judiciary have truncated a cultural continuum. It is a separate matter that terror outfits which celebrate death in the name of religion and preach violence are free to operate while a people’s festival is under intense judicial scrutiny and executive control.

Such are the ironies of contemporary Pakistan. The rich and the powerful organise their private parties with great fanfare in well-manicured gardens, while the ordinary people have to be content with doses of public safety and disguised religiosity.

Lahore’s true spring will return the day the Basant ban is removed and its pluralism is rescued from further vandalism in the name of ‘public interest’.

Also published in Indian Express. The images are Mahboob Ali’s works (an eminent artist from Lahore also known for his woodcuts)