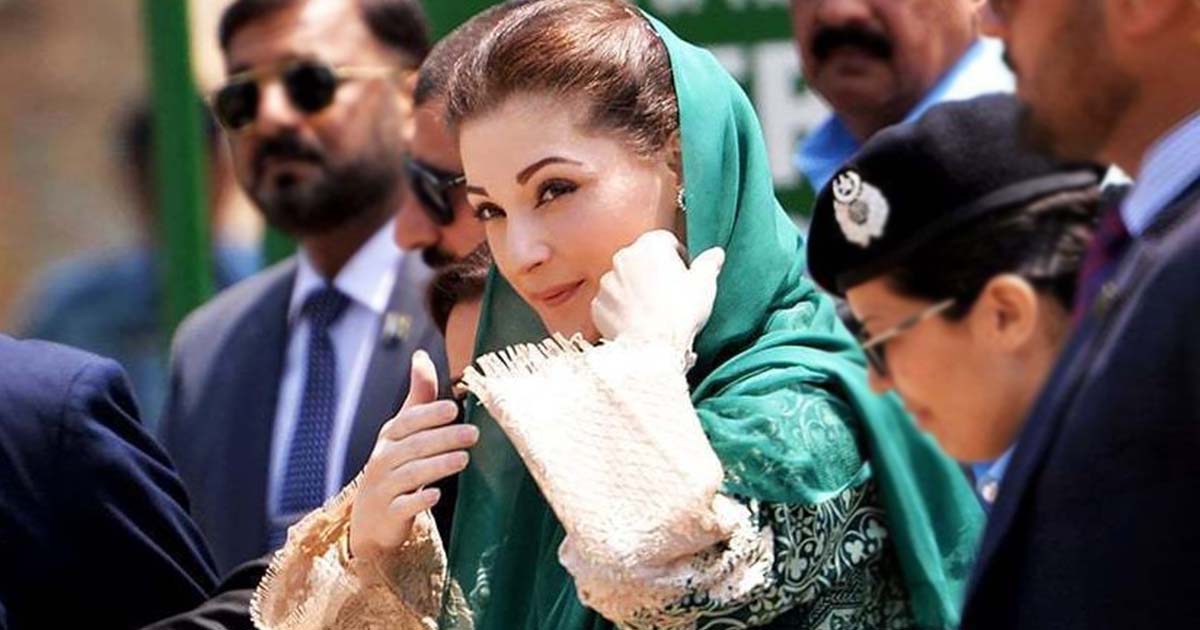 Maryam Nawaz, the uncrowned leader of Pakistan Muslim League (Nawaz), is marching on with her avid supporters. The ‘Free Nawaz Sharif’ rallies are aimed at demonstrating the PMLN support base. While her critics point towards her dynastic moorings, the allegations of corruption and opportunism, the Punjabi support base of PMLN is unswayed. Wherever Maryam goes, huge crowds receive her.

The political rhetoric of an aggrieved daughter has been hard-hitting to say the least.

Maryam’s political path is uncertain but one thing is clear: she has emerged as a political force that could be a problem for the ruling party and its allies.

Will Maryam rise and survive or will she take a backseat if her father is released from the jail? These questions are difficult to answer but Maryam’s ability to turn adversity into political capital is evident.

During July, Maryam visited Mandi Bahauddin, Faisalabad and Quetta. Earlier, she had toured Zafarwal to visit an ailing supporter who is also an active social media political activist. On August 2nd and 3rd she led rallies in Pakpattan and Khushab respectively. All her rallies echo similar themes and demands. They have many more women participating and almost all have been blacked out by the mainstream media. In fact, the lack of coverage reminds one of the earlier periods of history when both Fatima Jinnah and Benazir Bhutto were censored or not given the due attention.

Maryam has an advantage that her predecessors did not have. She is a twenty first century, social-media savvy, image-conscious politico. In fact, Maryam’s media cell has been a mythological entity in public discourse. Such details are difficult to verify. Maryam has energised the younger generation of PMLN supporters online– to the extent that residents of small towns and even villages from the Punjab can be found online expressing their support for the Sharif dynasty. These online communities impact and mobilise supporters on ground. The extent of such mobilisation cannot be ascertained for sure but it does boost Maryam’s online presence.

What is Maryam rallying for?

In the order of priorities, it is the release of former PM Nawaz Sharif and ‘other political prisoners’; civilian supremacy in governance summarised by the slogan ‘Respect the Vote’; fresh elections that cannot take place without the fall of Imran Khan’s government; removal of curbs on media, among others. Most of these objectives are rhetorical for the immediate goal is to get relief for her father and that cannot happen without a change in the current political order. Maryam is also a test for PMLN that historically has been deferential to the powers-that-be. Also, PMLN has been a party of men and male supporters — at least in the public view. This has changed by Maryam’s rise and gradual takeover of the leadership role in the absence of her father in the political arena.

Maryam faces formidable challenges. Her party stalwarts are skpectical of her hardline stance and as professional politicians, they are aware that without the support of establishment the road to power is uncertain if not utterly unattainable. More importantly, Maryam will have to clear her name from the multiple cases and investigations that can take her to jail, or discredit her in the urban classes that are now used to the ‘corruption’ slogan effectively employed by PTI and others.

Perhaps the most important factor will be Maryam’s fortitude and staying power. And if she is willing to take further risks as the path of resistance is not easy anywhere including Pakistan. Maryam appears unwilling to give up. In fact, there is no choice for her but to take the hardline for this is a game of survival for the Sharif family. Above all, Maryam’s own future is at stake if she backtracks.

At some point Maryam Nawaz will have to make compromises if she and her party move closer to the prospect of power. Maryam’s recent overtures have indicated that she, despite her rhetoric, is not averse to negotiations. But that does not seem to be happening anytime soon.

By November PM Imran Khan has to decide whether the current Army Chief stays or a new successor is appointed. This change of guard may be a routine matter in most countries, but in Pakistan it also denotes the shift in the nature and style of leadership of the most powerful institution. For the next few months, Maryam will continue her canvassing and build up of pressure on the government.

But beyond the current imperative, Maryam’s politics is likely to evolve further and reshape — a political line that will keep PMLN hardcore base happy while addressing the necessity to create bridges with the establishment. Not an easy feat.

Historically, the Punjab and Pakistan military have enjoyed a relationship of mutual support and trust. In fact, Pakistan Army is popular and integrated into the political culture, the social fabric and above all the idea of Pakistani nationalism. This is the new battleground. The Sharifs may not be strong enough to change this dynamic but they are challenging the status quo. It may be a ‘manageable’ threat for now but for how long?

Sooner than later, hard choices will have to be made. To retain the traditional support in the Punjabi hinterland and nurture the roots or let the rupture endanger it. This is why the trajectory of Maryam’s politics and future are unpredictable. Continued blackouts, imprisonment or an intra-Punjab bargain? Too early to predict but a rational choice for all actors would be the latter. That is how elite interests, notwithstanding their asymmetrical nature, are intertwined.

Maryam has secured a place into the arena. Her critics and opponents want to keep her out of the public view. Imprisonment might be expedient in the short term but everyone knows that will further establish her leadership credentials. It is clear that she will march on.

And, this is just the beginning.

Author’s note: The name Maryam Nawaz Sharif has been referred to as Maryam for clarity even though it is not consistent with standard style.