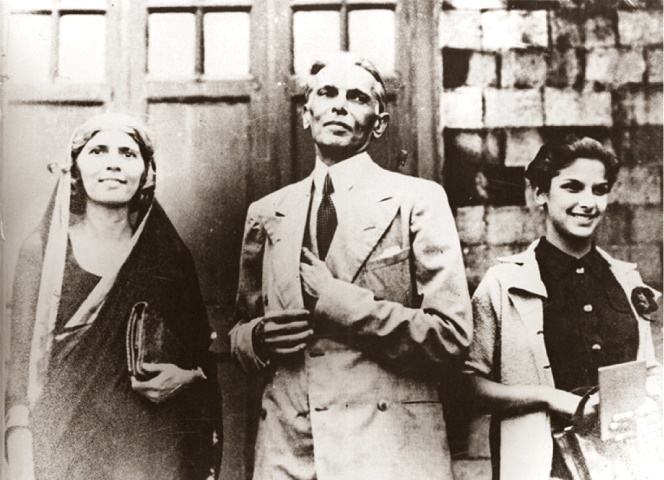 Sixty one years have gone by but the creation of Pakistan is still a heated debate: contested, fractured and bitter. That history has been the preserve of the victors and the powerful is well known. But to spin and whirl the truth to the extent that it becomes empty and farcical is an art form practiced by the Pakistani state and its mock-historians.
In early January of this new year, a heated controversy entered the public domain. A famous Urdu columnist writing for the largest vernacular newspaper reiterated the widely-known fact that the pragmatic Mr Jinnah had accepted the Cabinet Mission Plan and given up the demand for Pakistan in 1946. However, it was the intransigence of the Indian National Congress and the quest for absolute power by Pandit Nehru and his associates that led to the traumatic moment of partition.

To support this position, Dr Ayesha Jalal’s seminal work, The Sole Spokesman was cited by the Urdu columnist. Dr Jalal, in her outstanding book, has captured the nuances of partition history and presented an interpretation that is unbiased and brings forth the complexities of the Indian Muslim community. This community was by no means the monolith Jinnah had to contend with.

No sooner was this column published than a barrage of protests appeared in the press, authored by holier-than-thou writers who thought that this was an insult to the concept of Pakistan and that Jinnah was determined on creating Pakistan come hell or high water. The debate intensified, and as is the case in Pakistan came down to personal invective and attacks on Dr Jalal. Among others, a key conspiracy theory articulated was that her supervisor at Cambridge University was a ‘Hindu’ who must have misled her to undo the foundations of the holy project called Pakistan.

This was a ludicrous charge and betrayed our penchant to undermine scholarship and history. Dr Jalal’s book, if anything, elucidates Jinnah’s towering personality and qualities of leadership and negotiation in full measure. Her book revisits onerous challenges that Jinnah faced in negotiating for the political rights of the Muslims in a post-British India. Like most historical events, Pakistan was not a project cast in stone or a divine scheme, as our mock-historians sponsored by the state and its moribund institutions would have us believe. I was quite perturbed as I followed this debate. Over the last two decades, one had thought, a more nuanced understanding of Jinnah had gained currency in Pakistan’s popular imagination. Alas, it remains nothing but a case of lost imagination.

The reason for this poverty of intellect and imagination is rooted in the distortion of history and its flagrant abuse by the ruling classes of Pakistan. Is it not clear by now who benefited the most out of Pakistan’s creation – the bureaucrats of United Pakistan, the mercantile class of Bombay and Gujerat, the feudals of Sindh and the Punjab, or the Pakistan Army? Popular support for Pakistan was widespread amongst East Bengalis who we were quick to dispose of, as they wanted a Pakistan that was plural, democratic, non-feudal and socially just.

Of course our official historians would not see this. They cast aspersions on anyone trying to unpack the mess caused by partition — its bloodline is as fresh as ever. Look at the state of Indo-Pak relations. The demonising of Hindus is as fervent as the demonising of Muslims by the Hindutva brigades in India. Jinnah was not of this ilk. His wife was a Parsi, many of his close friends were Hindus and his daughter married a Parsi and did not move to her father’s new homeland. Could anything be more tragic than this?

Jinnah certainly did not envisage the martial state, engineered to destroy India, that we are today. This applies to India as well, where Gandhi and Nehru could never have promoted a nuclear denouement in the subcontinent. In several interviews, Jinnah talked of going to India for vacations, and even moving there after retirement. The properties in Delhi and Bombay owned by Jinnah were kept intact for this purpose. Contrary to popular distortion, Jinnah even accepted his son-in-law, and there is a small monograph, a young historian tells me, in a US library, that was authored by Dina Jinnah, in which she testifies to her father’s softening up towards his non-Muslim son-in-law, to whom he had apparently presented a cap.

Pakistan’s grand old historian K K Aziz who is unwell now and lacks any means of support to finish his important projects, told me how Fatima Jinnah’s little book on her brother had been censored by these very masters of state power. What was the fuss all about? Well, Fatima Jinnah had not been too kind about Liaquat Ali Khan and a few other heroes of the Pakistan movement. If anything, many of the heroes were rank opportunists, power-seeking fief-holders, who all jumped onto the Pakistan ship when it became clear to them that this was the land where they would make good, without competition from more qualified Hindus.

And the good times continue to roll. I want to index all the last [feudal] names of the 1946 Constituent Assembly members and see how their progeny keep on going in the centers of power. This is beyond tragedy and beyond farce.
Two chance meetings with Dr Jalal this winter were exceedingly rewarding. She talked of her new research with pride, intensity and much concern as to where Pakistan was headed. Dr Jalal is a fiercely nationalistic Pakistani and believes that Pakistan’s very survival speaks of its inherent strengths. But she also laments how the old colonial state has finally given way to multiple states and centers of power within the polity. In the coming months Dr Jalal is going to expound this thesis. But we see it all around us: Jinnah’s Pakistan is now a splintered riyasat: there are little kingdoms in the tribal areas, in the northwestern province, and in southern Punjab that continue to bleed society and defy public policy, making us a joke on the global map.

True, we inherited the worst of geographical locations and a ‘moth-eaten’ country to quote Jinnah. But by writing false histories and nurturing delusions of grandeur we have become a delusional society. We want Islam, modernity, the Taliban and Bollywood, all at the same time. We loathe America but the queues for American visas are longer than ever. We continue to search for our identity: we are by turns Central Asian, Persian and Arab and turn our backs on our closest approximation which is Indian. The one thing we know is that we are not Indian. We claim the Mughals as our own, but ignore the fact that most of them were secular and born of Hindu mothers. We love invaders and name missiles after them, but refuse to acknowledge that most Pakistanis were converts from lower caste Hindus.

There appears to be no discipline of history – academic or popular – worth its name in Pakistan. The great empire of missiles, jihadis and opportunists has left no space for independent voices, and scholarship is stymied by state pressure or its proxy goons masquerading as patriots. It is time to revisit history and speak up against decades of lies and constructed histories, if we are to reclaim our future.

Published in The Friday Times, Pakistan and then Pak Tea House.