Mughal era: Lahore’s neglected heritage is a sad shadow of its glorious past

The second story from Herald’s annual supplement on heritage 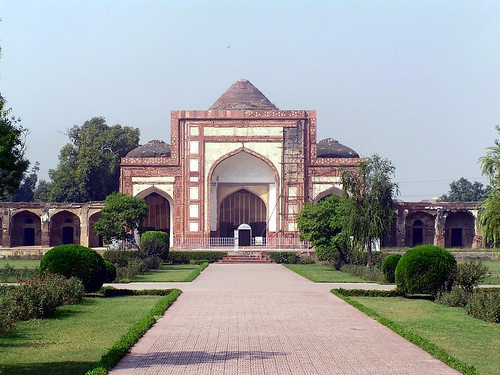 As the second Mughal capital, Lahore was home to emperors and noblemen during the 16th and 17th centuries. Emperor Jehangir and his wife Nurjehan were married in Lahore and their legacy survives today in the form of several monuments.

Perhaps the finest remnant of that era is the tomb of Jehangir, located at Shahdara Bagh near the town of the same name. It is said that Nurjehan supervised its construction and sought her stepson Shahjehan’s permission to stay in Lahore after her husband’s death.

The hallmarks of Jehangir’s tomb are the embellishments of interiors with exquisite frescoes, the pietra dura inlay work and the inventive use of coloured marble. The garden around the tomb also houses the dilapidated tomb of Asif Khan, Nurjehan’s brother.

Situated to the west of Jehangir’s tomb is the neglected grave of Nurjehan. The epitaph on her grave, which some say she composed herself, reads: Pity us, for at our tomb no lamp shall light, no flowers seen/ No moth wings shall burn, no nightingales sing.

In the1980s, when the Punjab government ordered cattle-pens to be moved outside Lahore, many of them shifted dangerously close to these monuments. Consequently, the main entrance to Asif Khan’s tomb is an ungainly sight. For decades, the tomb remained neglected; initial efforts at serious restoration began in 1999, signs of which are visible with new tile work completed. But it is far from over: 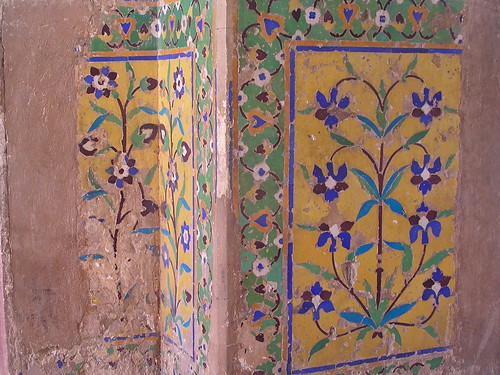 the overall appearance of the building remains dilapidated. Other great monuments the Lahore Fort and the Shalimar Gardens  situated at a distance of seven kilometres from each other, are grand statements of artistic expression nurtured by the Mughals. Both the monuments are World Heritage sites but United Nations Educational, Scientific and Cultural Organisation (Unesco) missions in 2003, 2005 and 2009 noted that the Badshahi Masjid and the Tomb of Ranjit Singh, although located outside the Fort, form an integral part of the fort’s physical and historical context and may, therefore, be included within the heritage site.

The Lahore Fort or Shahi Qila, situated in the north-west corner of the Walled City, was rebuilt in the period of the Mughal emperor Akbar in 1566. Although the exact date of its original construction is not known, historians have noted that the fort was destroyed several times: starting from the 11th century, when it was destroyed by the Mongols.

When Akbar rebuilt it using solid brick masonry, he also expanded its area. Jehangir added Doulat Khana and Shahjehan in 1631 built Sheesh Mahal. More than 20 smaller monuments, which exist within its boundaries, comprise an outstanding collage of myriad forms of Mughal architecture from the reign of Akbar onwards. Characterised by standardised masonry of baked brick and red sandstone, the use of luxurious marble, inlays of precious materials and mosaics set within exuberant decorative motifs of both Indian and Persian origins show architectural genuis. In 2004, the Punjab government allocated 300 million rupees for the restoration and preservation of the Lahore Fort. The funding was meant for restoration work at the Alamgiri Gate, the royal kitchen, Sheesh Mahal, illumination of the pictures on the boundary wall, removal of encroachments around the fort, shifting of a nearby market and development of green verges and parks. The government also provided 10.5 million rupees to the Parks and Horticulture Authority Lahore for the restoration of parks and green verges in and around the fort that same year. But the project has suffered numerous interruptions because of bureaucratic delays and frequent changes in governments and the managers handling the site.

The Unesco World Heritage Centre recognises the Shalimar Gardens, constructed by Shahjehan in the middle of the 17th century, as layering Persian influences over medieval Islamic garden traditions.

Enclosed inside walls, it has a rectilinear layout of paths and large expanses of flowing water. It covers 16 hectares and is arranged in three terraces. Its elegant pavilions balance harmoniously arranged poplar and cypress trees, reflected in the vast basins of water. 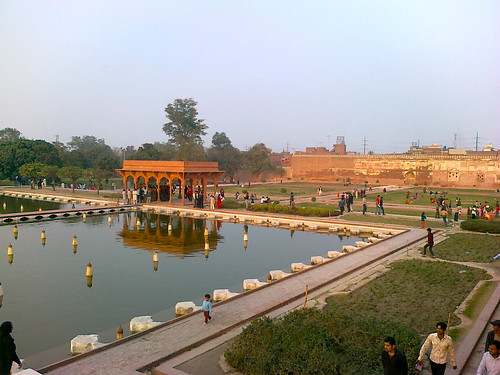 In 2009, it was found that the boundary wall of the garden was deteriorating and rainwater was accumulating within the garden, thus lowering the ground level. Inadequate measures for rainwater outflow have also ruined the artwork created by Mughal artists in the form of murals on the inner and outer walls. However, some of the artwork survives and can be preserved from further damage. A key reason for the deterioration of this monument is the unchecked and illegal construction of residential and commercial colonies around it.

The Punjab government in 2009 allocated 300 million rupees for the conservation of the Shalimar Gardens. The project included repair and renovation of the eastern and western gates and the Shahi Hammam of the garden. This three-year project was part of a larger eight-year programme run with the cooperation of Unesco and the Getty Foundation. But the conservation work has been subject to bureaucratic delays, lapse of funds and poor planning, explains a government source.

40 thoughts on “Mughal era: Lahore’s neglected heritage is a sad shadow of its glorious past”