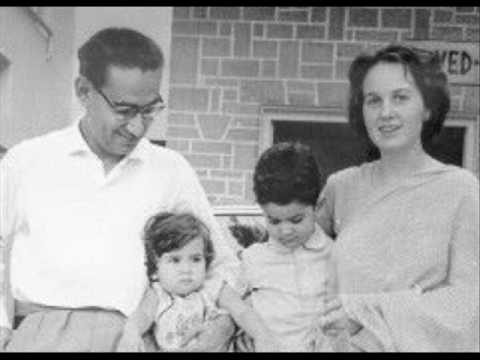 Why would a poet of Mustafa Zaidi’s stature decide to end his life?

Thirty five years ago, Mustafa Zaidi, a poet of notable standing and a dismissed CSP officer, was found dead in Karachi’s Hotel Sumar. The mystery of his death remains unresolved to date but there is an informal consensus that he committed suicide. He was only 40-years old and had produced several outstanding, original collections of poetry. He had also tasted and fallen victim to intimacy with the state. He was married to a woman of German descent and had two children; yet his final companion was not a member of his family but Shehnaz, the last love of his life. That October day in 1970, Shehnaz was found unconscious along with Mustafa Zaidi’s dead body. His last five poems were a series titled ‘Shehnaz’; and it is through these powerful poems that we know of the woman who was immortalised by Zaidi.

As is often the case, Zaidi started off writing in Allahabad under the pseudonym Tegh Illahbadi. His first volume was published when he was in his teens. He was a disciple of another maestro, Josh Malihabadi, and was well-known by the time he migrated to Pakistan after the partition of India. The later trajectory is also familiar: advanced studies in English literature, a brief period spent teaching and entering the civil service of Pakistan through the competitive examination. However, his poetic side thrived through the various phases and he was published regularly to mixed acclaim.

Inappropriate as it may sound, I have always been fascinated by Zaidi’s death, particularly by his apparent decision to end himself. Perhaps a sub-conscious death wish in me finds this such an alluring case. In real terms, Pakistan lost a fine civil servant and an unsung poet whose stature could be belittled only by a society as dysfunctional as ours. I have followed his path: in Dera Ghazi Khan, where he served as the sub-divisional magistrate; in the medieval resort of Fort Munroe, where he spent his summer, working away and composing verse; and all the places in the inimitable Murree hills. I have had a chance to stay in proximity of where he lived in Murree. For years, I have studied him in order to appreciate the intricacies of his inner universe. Would I be melodramatic in proclaiming that during this Zaidi trail, I have heard the echoes of his anguish, observed flashes of his infinite genius and traces of his apparent hedonism?

Wherever I have been, culturally endowed locals ascribe the following couplet to the houses in which he lived:

Traverse these stones, if you can, to reach me
The path to my house is not studded by a galaxy.

His last collection of verse, Koh-e-Nida (The beckoning mountain) contains a chilling chronicle of a death foretold. Koh-i-Nida is a splendid image borrowed from the Arabian tale of Hatim Tai, concerning a mountain that calls people in and consumes them. How very pertinent for a life such as Zaidi’s that was annihilated by its very intensity. Published in 1970, the book’s foreword is titled: ‘The last word’ and declares that this is the last collection of his verse. For a sensitive poet of Zaidi’s ability, giving up poetry was tantamount to giving up life. If I were to paraphrase the critical stream of consciousness from this piece, it would read as follows:

I shall not write anymore: I have lost the spirit of enquiry over the last few years and my surroundings and circumstances have killed my desire to augment knowledge. In a country where I am considered educated, most people I have come across are devoid even of my ignorance. The kind of poetry that will be appreciated here, I am unfit to write.

Recognition: Is essential for a poet’s soul and I have not achieved even a modicum of what I deserved. If for decades I have not been able to achieve that, why should I write more? I have often composed better verse than many poets whom the critics notice. I was shocked to see an anthology compiled by Wazir Agha that contained the names of lesser poets, but did not find a place for my name. I was heart-broken.

On being a misfit: In all circles, I am out of place. The civil servants consider me an object of entertainment in their drawing rooms and I suspect the poets find me useful. In my society where no ideology is accepted other than in its stultified vision, who am I to complain? Here, great minds such as Josh Malihabadi have been trampled by the state and society. What is the value of my anguish? Therefore, when society does not accept an individual and the individual refuses to conform to society, then composing verse is the most useless of activities. A poet has to be an organic part of the society, not a disconnected irrelevance.

And: In particular where the religious ideology of a country can easily kill you, what is the solution other than suicide, escape? If neither of these, keeping yourself prepared to be slaughtered by knives of the butchers.

Limited appreciation: Throughout the world, I have been taking photographs and the state has not even bothered to provide me with even a little physical space to continue my interests. I have a passion for flying and obtained my private pilot’s license after much ado. In a crash landing, I could not prevent a small aircraft that I was fond of like my children from being damaged. I am so traumatised by this event that even the flying club management cannot appreciate the depth of this sorrow.

Harassment: On April 24, 1969, when I was living in a bachelor’s hostel with my family, a subordinate brought thousands of rupees to me as a bribe. The following day, when I complained in writing to the chief secretary of the province, I was harassed for months and tortured to the extent that it was beyond the endurance of any normal human being. What was my fault? I had refused a bribe but my subordinate was enmeshed in the corridors of power and he ensured that my life was a living tale of misery.

Zaidi’s dramatic soliloquy is self-explanatory and a microcosm of the larger existential woe of Pakistani society. It encompasses the dying values of inquiry, creativity and integrity, and bemoans the limited space for individual passions and interests. Notably, it also mentions religious bigotry and the lack of space for individual liberties, even in the pre-Islamised Pakistan of late 60s. Small wonder, then, that Zaidi uttered forebodingly:

On whose hands shall I find stains of my blood
The whole city is gloved in anonymity.
Yahya Khan’s famous list of 303 summarily dismissed civil servants included the name of Mustafa Zaidi, who above all, suffered the biggest stigma of non-conformity. Zaidi was a wanderer, a bit of a philanderer and outspoken in his poetic expression. He never refrained from a candid assertion of sexual desire and experience, or from expressing his artistic contempt of all that surrounded him. As a classic misfit, he also had something in him reminiscent of Lord Byron, albeit in a different context.

‘Aesthetics is a fire not aware of its in-flammability’, said Zaidi, and continued to ignite the flames of his creativity until these consumed him. His poetry is diverse: from troubled relationships with women to a poetic critique on the unjust functioning of the United Nations; a dialogue with Polonius (from Shakespeare’s Hamlet ) and on the country of his choice Pakistan. In Musafir (Traveller), written before his death, he addresses his homeland after a long sojourn abroad:

There is nothing that I carry from my homeland
Merely a dream and the fortifications of a dream
Accept the gift of my soiled shirt
For its dirt carries the dust from the mosques
This apparel cannot be washed for it enfolds
The splashes of Biafra’s sacred blood
This is the soil from Vietnam and its grains contain
The radiant brows of the prophets.
(translation by author)
His troubled soul had predicted the pattern of emigration:
“I hope you may not end up desolate
Anarchy may not replace the law
Oh my country, so many of your citizens
Are left with no choice but migrate”.

By late 1970, Shehnaz, his true declared love, was moving away from him. The five Shehnaz poems document in effect the evolution and climax of his passion, the decline and fall of their relationship and his underlying disappointment with life. The early Shehnaz poems profess:

She was not an artist herself, but shared my art
She shared the body in the journey of the spirit
Whose modesty had been revealed page by page
She accompanied me in every crease of the bed
In one way, I was a fire-worshipper
She experienced every angle of the garden.
And the last poem in the Shehnaz quintet complains:
The way you insist on separation now
Even my vows of love did not have such intensity
This new found comfort in our shared unfaithfulness
Eludes the heart’s life-blood and the blossoming colour of henna.
(translations by author)

Is it not a sorry tale of forgetfulness that no authoritative work has been produced on Zaidi and perhaps the first PhD on his works was undertaken abroad? He complained bitterly about Pakistan not acknowledging his worth. Have things changed in all these years? He has surely been printed and read much more after his death but has not gained the attention that his original and diverse poetry deserves. Zaidi had an almost romantic craving for recognition and never concealed it. It is tragic that his competence as a civil servant has been forgotten by ruthless power-mongers and his poetry has not been given its due by aficionados of Urdu literature. Even today, he remains on the wrong side of the literary establishment and his poetry has been reduced to the sexual explicitness of some of the poems. Zaidi was never a sentimental poet and he knew it. This is why he complained that he could not write the poetry defined as right by the critics. However, as Josh said at Zaidi’s memorial, he was the greatest poet of the future and aficionados can do little to undermine his creative genius.

Unfortunately, the reasons why Zaidi finished his existence remain valid even today; some would argue, in fact, that conditions have become worse. He yearned for artistic freedom, the actualisation of self-worth and esteem and he felt stifled. His fears of growing bigotry were not unfounded, as was witnessed in the decade after his death. Unlike many medieval and modern masters of Urdu poetry, Zaidi was politically active and international in his perspective. He felt that there was no place for him in Pakistani society perhaps we never do have any room for deviants!

Zaidi was punished for his dreams but they exist beyond him, continuing to haunt us yet often eluding our contemporary consciousness. We owe his tortured soul a lot; not the least of which is remembering why he decided to die.
Zaidi was starved for love and artistic freedom; and punished for his dreams. His dreams still fill our contemporary consciousness, reminding us each day of all that we have lost as a nation.