My friend ST was in Delhi recently. After returning to Islamabad, he sent me the following pictures of his visits to the great locality of Nizamuddin in Delhi. 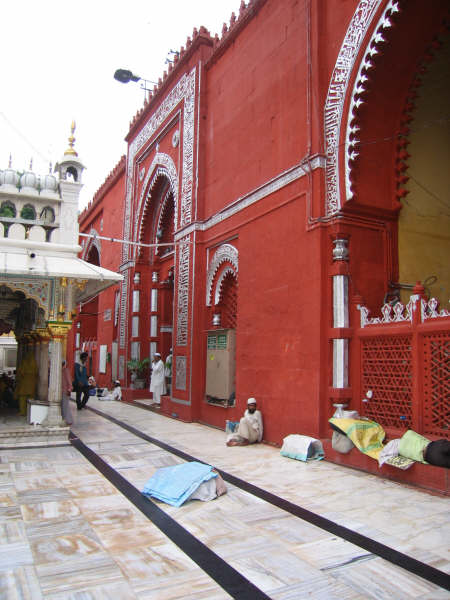 I read this here: He is best known in history for inventing the famous Farsi proverb,ÂHanooz Dilli dur astÂ( Delhi is still far away) which he wrote in reply to the Royal Decree issued by Sultan Ghayasuddin Tughlaq, who had ordered him to leave Delhi before his arrival from the East India where the Sultan had crushed a rebellion. Nizamuddin Auliya wrote that famous line inside the royal decree, which in itself was considered contempt to the throne, punishable by death. However, the Sultan never made it to Delhi, and died in his sleep just on the outskirts of Delhi when his castle roof collapsed.

Another one of the shrine. Look at the colours and variety of devotees 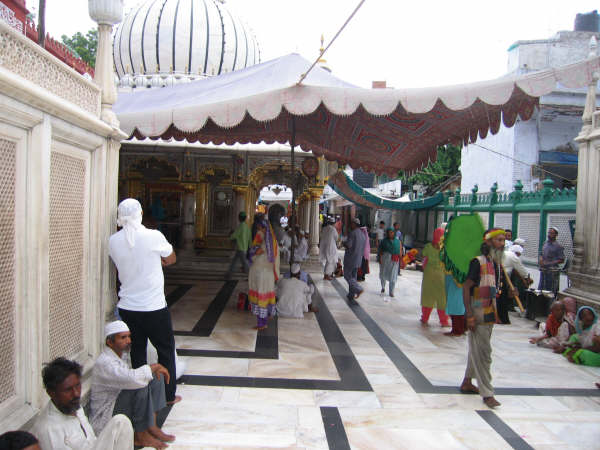 And before you see the hustle bustle of Nizamuddin, Ghalib‘s lonesome tomb greets the visitors… 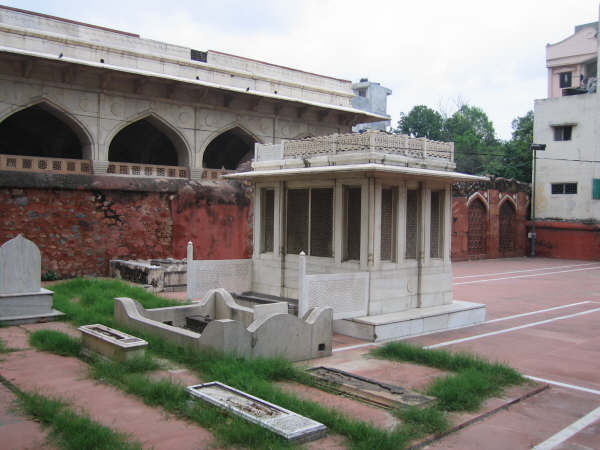 Check this site for some lovely renditions of Ghalib

And, ST was wise to take a nice shot of the grave itself. Note the inscription on the top of the tombstone on the omnipresence of the Almighty – Ya Hayu, Ya Qayumu

“When there was nothing, there was God
If nothing had been, God would have been
My very being has been my downfall
If I hadn’t been, what would it have mattered?” 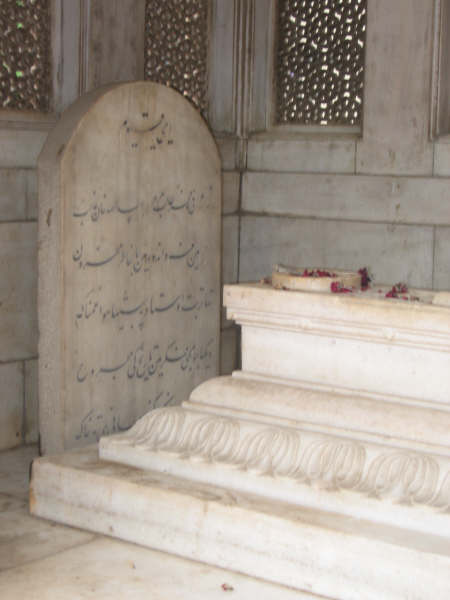 Thank you ST for sharing the pictures and enabling me to undertake a virtual tour of these surreal lanes. I am reminded of Ham ko Maloom hai janat ki haqeeqat…competently translated and found here

I know the truth about the promise of heaven
Still, it’s a nice thought to keep the heart amused.