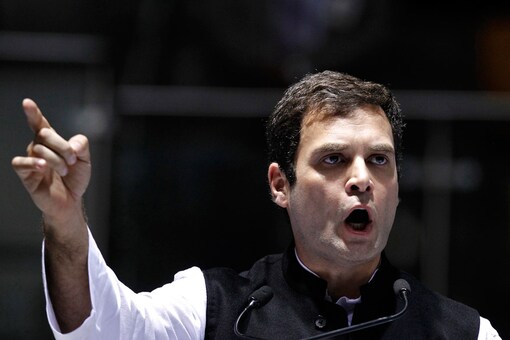 Two days ago, Bilawal Bhutto Zardari, scion of the legendary Bhuttos, celebrated his 27th birthday. His party workers also known as jiyalas (the impassioned followers) celebrated the day with much fanfare.

Is Bilawal a future player in Pakistan’s politics? Is he relevant to an overwhelming young population of Pakistan? These are questions that have been debated endlessly in Pakistan.

More than 60% of Pakistan’s population can be categorised as youth. At the outset, Bilawal has age on his side; many say he exudes charisma like his mother and can engage with Pakistani youth. Yet, there are sceptics and their numbers have grown in a rapidly urbanising Pakistan.

Bilawal’s entry into politics was no less dramatic than Benazir Bhutto’s and at a very young age. Benazir wanted to be a diplomat or a journalist but her father’s incarceration in the 1977 coup led the 24-year-old woman to lead the resistance against the military junta headed by Gen Zia-ul-Haq.

Bilawal was anointed as the successor to his mother when she was assassinated in December 2007. According to Benazir’s will, since Bilawal was a student at Oxford University, his father stepped in as the co-chairperson of the Pakistan Peoples Party (PPP). The widower, since then, has firmly held his grip over the party.

During the past seven years, young Bilawal has completed his studies at Oxford and has made his foray into the politics of Pakistan. In 2012, he made a formal debut by addressing jiyalas on the fifth anniversary of his mother’s death. He was passionate and rhetorical like the Bhuttos, stating that there were two kinds of political groupings in Pakistan: those on the right path and those on the path of lies. This also refers to the battle of Kerbala (where Prophet Muhammad’s grandson Hussain was killed by the then-Muslim ruler’s army). Kerbala is a mythical sense of vindication for battling against evil (read: the entrenched establishment) and not being afraid to make sacrifices.

In the 2013 elections, the PPP was routed in almost all of Pakistan except the province of Sindh. Insiders say that Bilawal was not happy with the election arrangements or the way campaigning was undertaken. He spoke at various places via videotaped messages but the Pakistani voters not unlike their Indian counterparts prefer the physical proximity of their leader. In short, Bilawal could not make any impact on the electioneering.

PPP’s crashing defeat came in the wake of public opinion that had swelled against the Zardari administration (2008-2013) and the plain fact that most of its leaders and cadres could not freely campaign due to threats by Islamic extremists.

Other than the Awami National Party (ANP), a successor of Bacha Khan’s movement, the PPP paid a heavy price for its position on extremism. From Benazir Bhutto to Salmaan Taseer and Shahbaz Bhatti, its top leadership remained under threat. A cruel metaphor of this climate was the abduction of the son of former Prime Minister Yusuf Raza Gillani by Islamic militants. He remains in their custody to date.

In 2014, Bilawal started to take charge of the party. In October of that year, he addressed a large rally in Karachi where he declared, I am Bhutto and took a strong anti-Taliban line. Alongside, he also criticised the Muttihada Qaumi Movement (MQM), a popular party of Mohajirs (refugees from India) in urban Sindh. The MQM reacted and reportedly Bilawal’s father chided him for alienating allies of PPP in Sindh where it still leads the provincial government.

Bilawal also shuffled party officials and very soon got into trouble with the pragmatic politics of Zardari who is known to be a power-player rather than a populist politician. He left the country for some time and his former-President father, in a public event, said that he needed more grooming to mature into a politician.

Bilawal is back in active politics as the father has fallen foul of the military establishment and is currently based in Dubai.

The Rise of the Middle Class in Pakistan and India

In the past two decades, Pakistan has undergone, among other upheaval, unprecedented levels of urbanisation. Some estimate that more than half the country lives in urban conditions where the orbit of politics comprises services such as education, health and security.

This is not all too different from India, where the rise of a middle class ethos has led to an increased premium on governance and eliminating corruption from the local tiers of the state.

Across the border, Rahul Gandhi is the heir-apparent in the oldest political party of India and the face of a dynasty that ruled the country for over 40 years. Rahul joined politics in 2004 under the guidance of his mother, the head of the Congress party, Sonia Gandhi.

In January 2013, he was made Vice President of the party and in this role he led Congress into the 2014 national elections. As a leader, he failed to inspire the voters and Congress was badly defeated. Its rival, the Bharatiya Janata Party (BJP), won a landslide victory invoking the promise of economic prosperity and better governance.

Rahul’s critics call him a reluctant prince who shies away from responsibilities. Even in a television interview, he blurted out that he was leading the party because of his birth, not due to ambition.

Reports of differences between Rahul and Sonia Gandhi have emerged in the Indian media. Their different outlook reportedly is related to the plans to revive the party.

Bilawal faces the same dilemma: He is an idealist and fired by the imagination of his mother who, by all accounts, was a relentless fighter. Both, however, have to pander to the old guard, some of which is discredited due to allegations of corruption among other things.

In Indian politics, where leaders make it to the top in their senior years, 43-year-old Rahul has a long innings ahead. But that would mean he reinvents the Congress and makes it relevant to the rapidly changing electorate and its expectations.

Rahul Has Better Chances Than Bilawal

When it comes to political mobilisation, Rahul has a better chance than Bilawal. Rahul does not face the kind of stark threat that Bilawal faces. The Indian state, with all its weaknesses, keeps a strong grip on power. In Pakistan, the state is struggling to regain the powers it had outsourced to militias.

For both widowers Zardari and Sonia their children are the ultimate trump card in the game of dynastic politics. But both may lose their clout if the sons take over completely.

Newer political forces in India and Pakistan have attracted a large number of followers. Both, Imran Khan’s Pakistan Tehreek-i-Insaf and Arvind Kejriwal’s Aam Aadmi Party, play up the corruption of the old school politicians. Also, the cult of a strongman, a messiah resonates in both countries. Modi will change India’s destiny, his supporters argue. This is not too different from the conservative middle class that views a clean and God-fearing Imran Khan as the best choice.

The appeal of dynastic parties seems to be fading. Nawaz Sharif, the incumbent Prime Minister with a strong economic agenda, would have been Modi’s counterpart but Sharif’s politics has veered to the centre. Compared to Imran Khan, whose party rules the northwestern KP province along with an Islamist party, Sharif and his party appear to be moderate.

The future trajectories of Rahul and Bilawal are unclear.

A recent poll by PEW suggests that Rahul Gandhi may have earned a few plus points over the last year. But the Congress will not be able to fire up the imagination of the electorate unless it comes up with a relevant program.

Bilawal was also praised for his strong statements on extremism but to many young people, he is seen as advancing the cause of a dynasty that was given too many chances and each time it failed to deliver.

Despite the odds, dynastic politics is not going away soon either in India or Pakistan. Both societies, organised around the family and its mythical values, are conservative and patrilineal. A full-scale overthrow of the dynastic model requires long term transformations demographic, economic and social that India and Pakistan have only recently commenced.

In the short term, both scions need to get rid of some of their uncles, re-craft their party programmes and rebuild the cadres.

Rahul may have a better chance of achieving that.