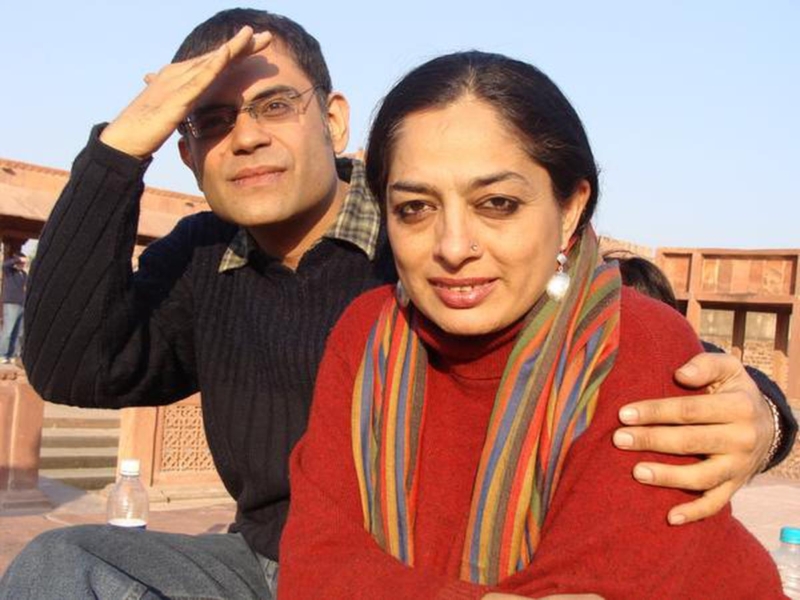 I had never imagined that I would be writing an obituary of a soulmate. The idea is daunting and shattering, to say the least. Sadia Dehlvi has left us too soon and it might take a long time to make sense of the void her demise has caused in so many lives including mine.

Sadia’s personality, her work, and indomitable faith in insaniyat (humanism) is difficult to define in the usual terms that we are accustomed to. She was an author, a passionate activist, a culinary aficionado, a Delhi guide and, in the past two decades, a Sufi. I had started calling her a Shaikha (a woman guru) as she dived more and more into the strands of Islamic mysticism.

Born into a well-known Delhi family of Saudagaraan, Sadia was exposed to publishing and writing at an early age. Her father, Yunus Dehlvi, published popular magazines such as Shama, Bano, Sushma, Khilauna, and many others that innovated Urdu journalism. These also became a popular bridge between the divided subcontinent. Shama was immensely popular in Pakistan as well. But the fortunes of the family dwindled, and the magazines had to be closed down. The palatial Shama Kothi at SP Marg, where the family hosted the cultural icons of modern India was sold (and turned into Bahujan Samaj Party House) and Sadia moved to Nizamuddin.

She learnt a vital lesson about money and material possessions from these vicissitudes. While she continued with her columns, TV appearances, and activism, she discovered the power of Sufi thought and practice, and how it enables us to focus on what a meaningful life entails: self-actualisation.

I met Sadia around this transformative time. I have documented our dramatic meeting at Nizamuddin Dargah in my book Delhi by Heart: Impressions of a Pakistani Traveler (Harper Collins). It was also a momentous point of my life for I had discovered a real friend, a companion of many journeys. While she was always generous to credit me for encouraging her to write, it was the other way around. As I met her family, friends, and numerous circles of acquaintance, my book on Delhi shaped. But ours was not a transactional relationship. It is difficult to describe, for it encompassed a civilizational link. In our lives, we were rebuilding the truncated and splintered worlds of post-1947 India and Pakistan through faith, love, and writing.

Her first book Sufism: The Heart of Islam was published in 2009 and Khushwant Singh launched it. Two others followed in the years to come: The Sufi Courtyard: Dargahs of Delhi and Jasmine & Jinns: Memories and Recipes of My Delhi.

Sadia’s book provided on Sufism an accessible reference to thousands of people worldwide and those who had known her from Khushwant Singh’s Not a Nice Man to Know (“To Sadia Dehlvi, who gave me more affection and notoriety than I deserve,” wrote Singh) were baffled. Sadia had reinvented herself and this process continued when a few years ago she was a master chef of sorts at a Delhi hotel.

The love for cooking was essential to her Dilliwali identity. And her home was the place where guests were served with the choicest of dishes. Sadia represented the tehzeeb of an era that is fading on both sides of the border. As a vocal supporter of minority rights everywhere, Sadia was also worried about what was happening in her homeland. But politics is not what I’d like to emphasise as I mourn my dear friend.

Sadia wanted to live. She battled cancer with her usual gusto and even in painful times did not lose her sense of humour and zest for living. While we spoke regularly, I regret that I could not be there. I struggled for a visa but being based in the U.S. I could only apply from Pakistan. It’s a pity that our lives have been reduced to red tape and senseless rules.

I found a second home in Sadia’s Nizamuddin apartment. The distance and her death are too painful. We had nurtured the illusion that we could cross borders at will, and that and our agency mattered.

Sadia is survived by her talented son Armaan who was the true focus of her life. Armaan inherits his mother’s compassion, devotion to the Sufis, and the music of life and living that was lovingly cultivated by his mother. Sadia also leaves behind a large number of friends who were touched by her love and generosity and whose lives were enriched by her presence.

“I would not wish

Any companion in the world but you.”

This article was first published in The Hindu