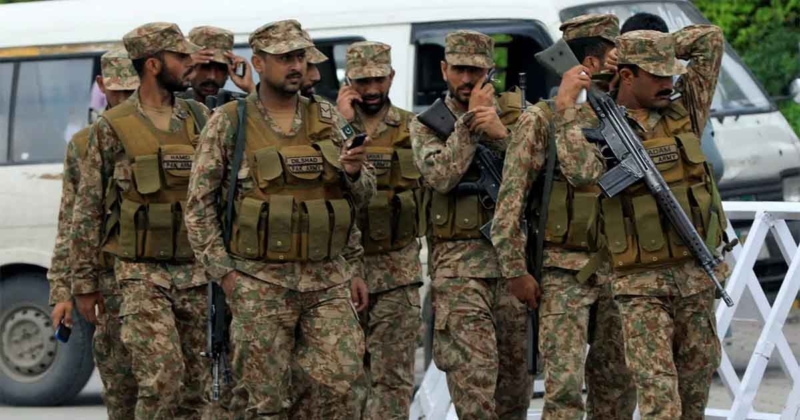 Pakistan’s military leadership, by issuing its latest statement on the Dawn Leaks issue through the Inter-Services Public Relations (ISPR), has done the democratic process in Pakistan a significant service. By reiterating their commitment to the constitutional order, dissociating from any of the connections that were being drawn with “any government office or person”, the ISPR statement withdrew the earlier objection raised by the armed forces towards the action being taken by the government in the context of Dawn Leaks.

If the military has ‘stepped back’ from an earlier stance, that can only be read in a positive light. After all, given the problems faced by Pakistan currently in the strategic, diplomatic and security spheres, it is only to be expected that the military leadership would be acutely aware of the dangers inherent in any massive destabilisation of the constitutional political order. The military has come out clearly distancing itself from the interpretations taken by some politicians and media personalities of its earlier objections to the government’s actions in the Dawn Leaks saga.

Is the situation a win for Prime Minister Nawaz Sharif? Certainly it can be read as such. Faced with a hostile media landscape, which lost no time in attacking him over a variety of issues ranging from Panama to the visit by Indian tycoon Sajjan Jindal, the PM will live to tell the tale of yet another constitutional and political disaster averted. And this was achieved by communication and sensitivity between the civilian and military leadership. The military voiced its concerns, the civilian elected government addressed them and the military issued appropriate acknowledgement of being reassured that their concerns were taken seriously.

There are clearly those in Pakistan’s media and political environment who are deeply dissatisfied with such an outcome. They have been vocal in expressing their disappointment. Social media, electronic media and statements by some political figures have been very clear to that effect. Such elements should ask themselves why they so greatly relish the prospect of a wider rift – or worse, an insurmountable crisis – in civil-military relations. Moreover, perhaps they ought to explain to the people of Pakistan as well as its various institutions, elected or otherwise, as to why they feel that their brand of politics can only be furthered by dangerous fishing in troubled waters. Given our troubled history, the gradual democratisation of the polity is nothing short of good news.

Published in Daily Times, May 12, 2017: Sagacious move by the military – Pakistan wins